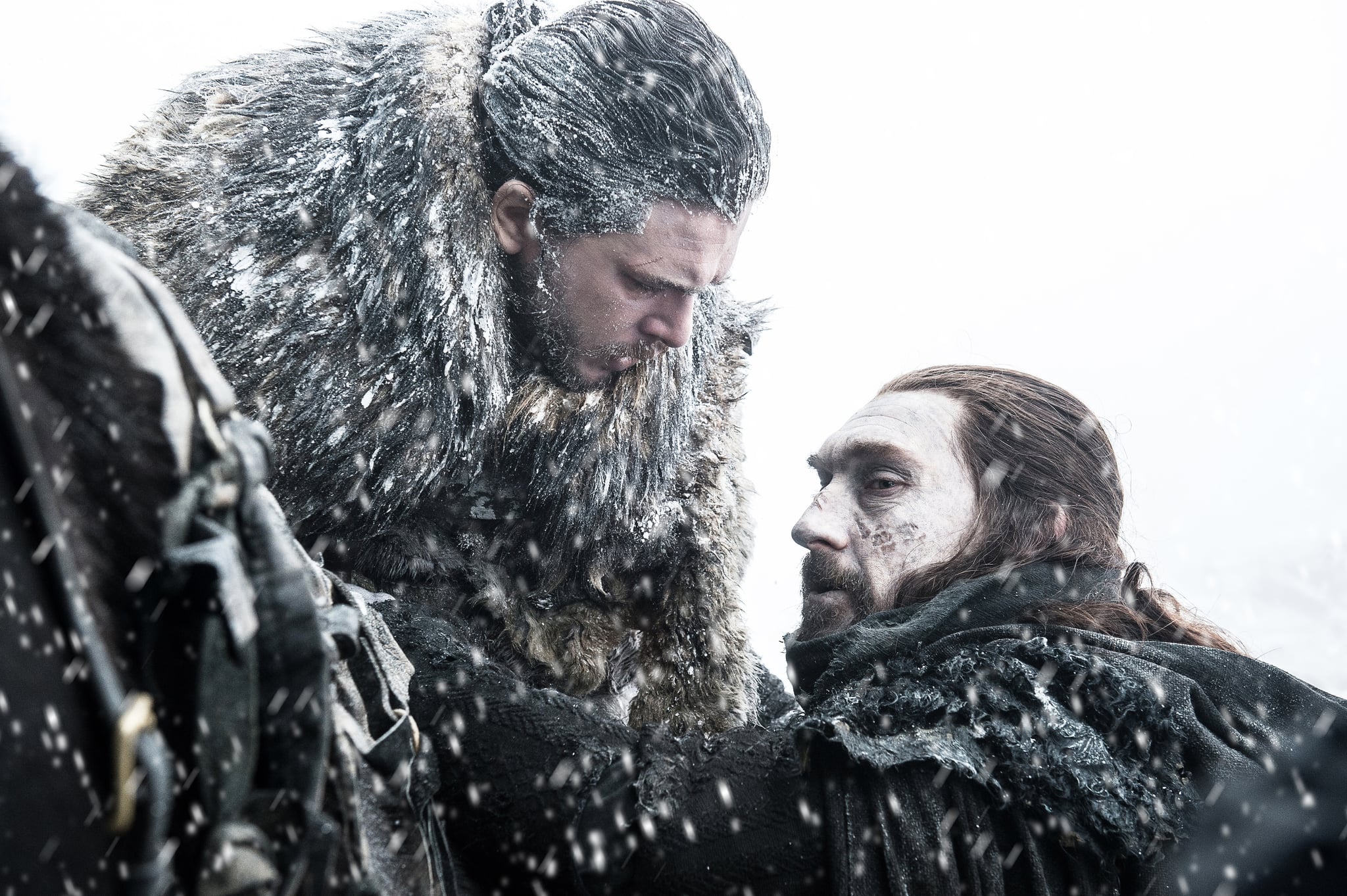 The seventh season of Game of Thrones has dropped one heart-attack-inducing bombshell after the next in every episode that's aired so far, and the sixth episode, "Beyond the Wall," is no different. In it, we not only get the arrival of ice dragons (oh my god), zombie bears (what is happening), and some incredibly tragic deaths (nooooo!), but also the reappearance of one of the show's most mysterious characters: Benjen Stark. Benjen, who is Ned Stark's half-wight little brother, heroically sacrifices himself to save Jon Snow from certain death at the hands of the Night King's massive army, but it's certainly not the first time we've seen him in Westeros.

We find out in in the season six episode "Blood of My Blood" that Benjen actually survived the wight attack, but it's left him transformed. He explains it all to Bran and Meera after he saves them from their own run-in with a pack of wights, revealing that he was saved by the Children of the Forest, who used dragonglass to stop Benjen's body from fully turning; he's not exactly dead, but not exactly alive, either (he's also the show's version of Coldhands, a character from the novels). He leaves Bran and Meera and presumably continues venturing beyond the Wall.

Although we haven't seen him since that episode, it's obvious that Benjen's been keeping tabs on the Night King's activities and advancing march toward Westeros. He arrives just in time to save Jon from the icy horde, taking out a ton of wights with his flaming flail before succumbing to the pack that jumps on top of him. In the books, Benjen is more of an important figure in Bran's story, but it looks like his true purpose in the TV adaptation is to help Jon Snow fulfill his destiny.