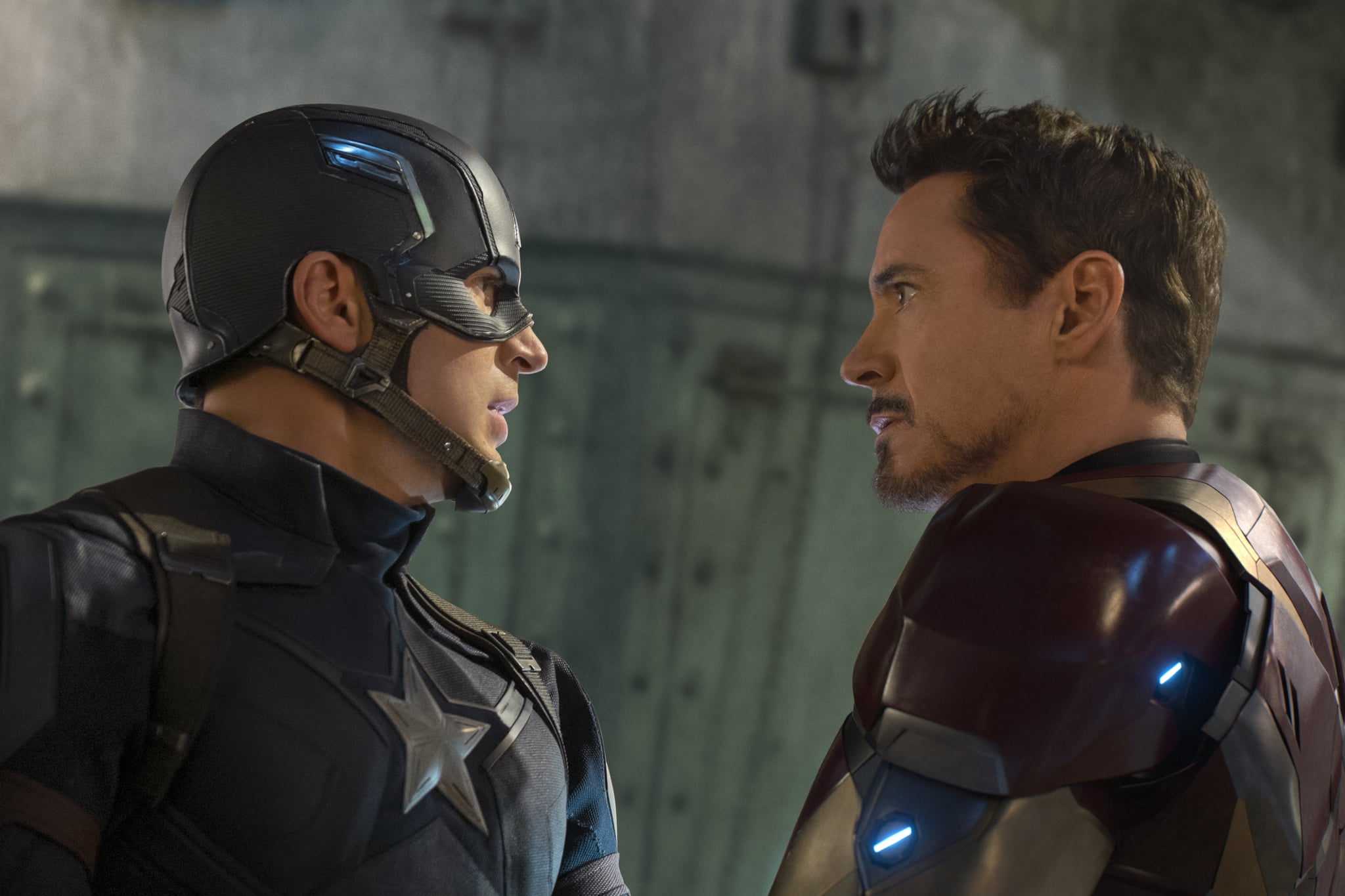 Captain America: Civil War isn't your typical Marvel movie. We're used to seeing the group band together to fight an evil force threatening the earth, and while there is a villain (Col. Helmut Zemo, played by Daniel Brühl), the premise of the film is very different than, say, Avengers: Age of Ultron. As the title suggests, the team is divided. The fight that they're in is multileveled, and depending on whether you want to see the movie or not, you may not want to know about some of it. That's why I've divided this article into two sections: the spoiler-free version of why they're fighting, and the spoiler version. Please proceed according to your own preference!

After the collateral damage incurred when the team is defending New York in The Avengers and the total destruction of Sokovia in Avengers: Age of Ultron, the world isn't happy with the superheroes. While they are trying to protect the earth, some see them as reckless, lawless vigilantes. In response to the public outcry, the United Nations draws up the Sokovia Accords, an agreement stating that the Avengers will agree to act only with the consent of the UN. Whoever doesn't sign the papers but still continues to fight crime will be arrested.

Feeling responsible for the deaths their interference caused, Tony/Iron Man is the first one to voice his support of the Accords. Natasha/Black Widow agrees with him, to the disbelief of Steve/Captain America, who wholeheartedly believes he is doing the right thing and that the Accords will hinder the team's ability to immediately respond to terrorist attacks. Eventually each of the Avengers ends up choosing a side. On Iron Man and Black Widow's team are War Machine, Vision, Black Panther, and Spider-Man. Fighting with Captain America are Hawkeye, Bucky Barnes, Falcon, Scarlet Witch, and Ant-Man.

That's how the fight starts, but that's not how it ends. We're led to believe that Zemo wants to unleash five more Winter Soldiers on the world, but in the dramatic climax of the movie, we see that he has killed all the supersoliders. His real plan is to divide the Avengers (who destroyed his home of Sokovia, along with his family) with a shocking truth bomb: Bucky Barnes is the one who killed Tony Stark's parents. It turns out that in 1991, Bucky is unfrozen to steal from and kill Howard and Maria Stark. Tony is consumed by rage and sadness and tries to kill Bucky, but Cap defends him. That's how they end up locked in such an intense battle.