If your favorite part of a new Marvel movie is staying firmly seated in the theater until you're rewarded with a special after-credits sequence, you're about to be very happy. Captain America: Civil War has two end-credits scenes, meaning there is a combined a total of 19 post-credits scenes in all the Marvel movies. Spoiler alert, I'm about to detail both scenes, so if you don't want to know what happens, now is a good time to stop reading! 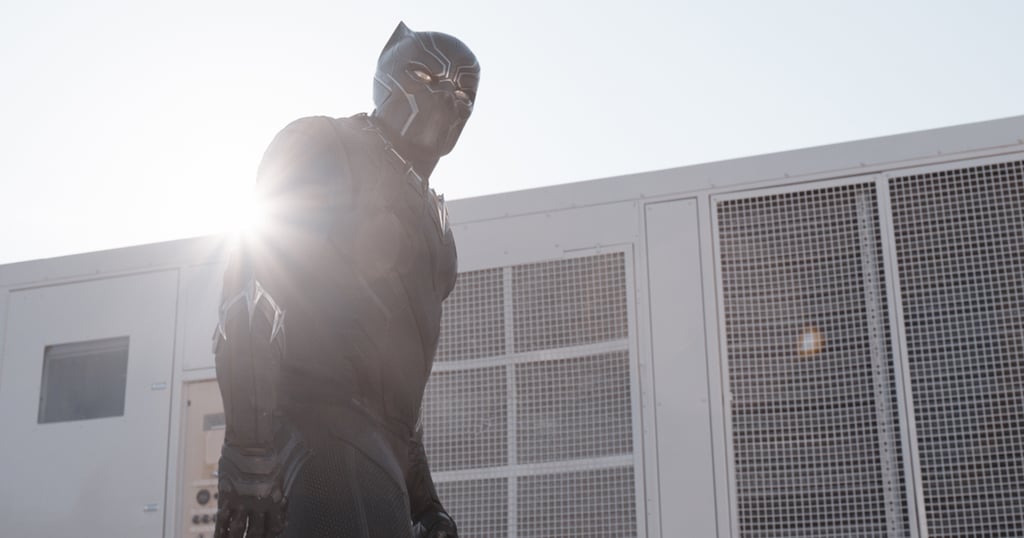 After the dust settles from the big battle and the credits have begun rolling, the first bonus scene pops up. Bucky is all strapped in getting a medical exam, and it appears that he's about to undergo the freezing process again. Cap asks him if he's just about it, and Bucky responds that he can't trust his own mind. The camera zooms out, and you see that they're at a facility owned by T'Challa (aka Black Panther). T'Challa assures Cap that no one will find Bucky there, and the camera zooms out even further beyond the building to show the jungles of Wakanda — complete with a big rock formation in the shape of a panther's head.

It's a great look at what kind of scenery we'll get in 2018's Black Panther movie, and it sets up a new storyline that Black Panther is now Bucky's protector.

Spider-Man's introduction is one of the most exciting parts of Civil War, and while we get to see a lot of him in the movie, there's a special sneak peek after the credits, too. He's in his bedroom back in Queens, checking out his new gear (courtesy of Iron Man) when Aunt May walks in. She asks how he got all bruised up, and he replies that some kid named Steve from Brooklyn did it. That's true; he's referring to Captain America. Once she's gone, he engages her webshooter, and it projects the new Spider-Man logo. The final words? "Spider-Man will return."

TV
10 Projects Coming to the DCU, Including Superman, Batman, and Robin
by Victoria Edel 2 hours ago

Will Smith
Will Smith and Martin Lawrence Confirm "Bad Boys 4": "It's About That Time!"
by Eden Arielle Gordon 5 hours ago