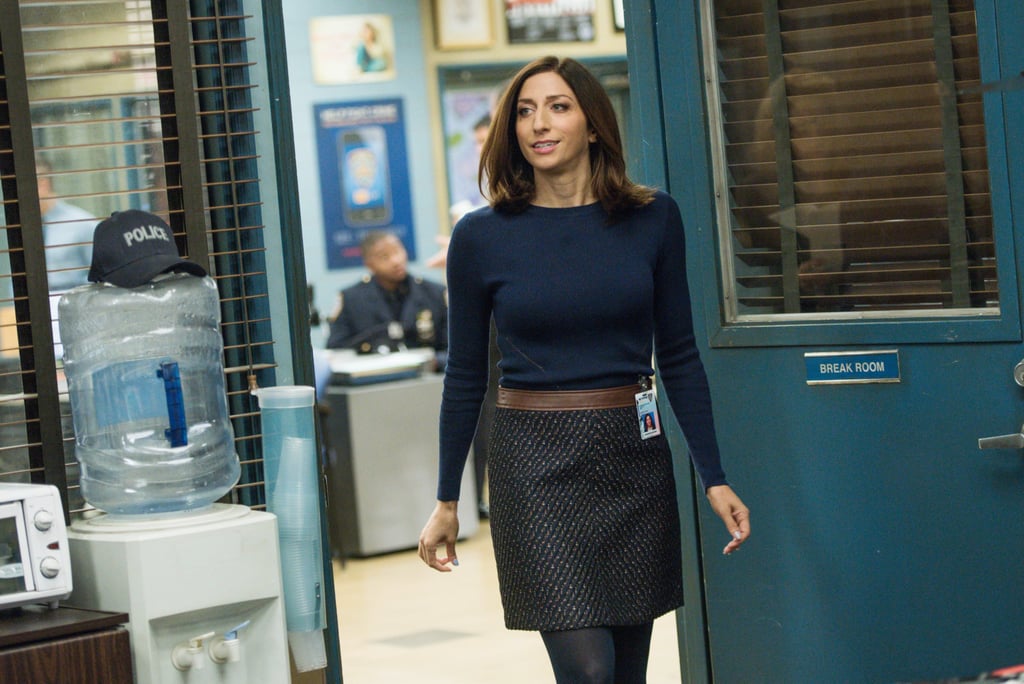 After five seasons, Chelsea Peretti is leaving Brooklyn Nine-Nine. The actress, who plays receptionist Gina Linetti on the hit cop comedy, announced the sad news via Twitter on Wednesday. "I won't be doing a full season of Brooklyn Nine Nine in Season 6. But that doesn't mean I won't ever be back, winky face emoji, heart emoji," she wrote, before thanking fans of the show for "the hours you spent watching Gina be Gina."

Brooklyn Nine-Nine was canceled by Fox in May, and the backlash was swift: fans of the show were in a rage, and just one day after its cancellation, the series was renewed for a sixth season on NBC. While Peretti didn't explain her reasons for leaving the show, she did repost the letter that Emmy Rossum recently wrote to announce her departure from Showtime's Shameless. "Perhaps Emmy Rossum said it best when she wrote about Shameless," she tweeted, adding, "I bolded the extra relevant parts in her quote below." Keep reading for Chelsea Peretti's tweets, as well as a few of her best photos as Gina.

Younger
Younger Is Back For Its Final Season, but 2 Big Characters Won't Be Along For the Ride
by Kelsie Gibson 16 hours ago

Game of Thrones
Could HBO Be Remaking That Disappointing Game of Thrones Finale? Fans Sure Hope So
by Grayson Gilcrease 22 hours ago

The Voice
As Ariana Grande Joins The Voice, Nick Jonas Jokes He's Rooting For Her to Beat Blake Shelton
by Kelsie Gibson 23 hours ago