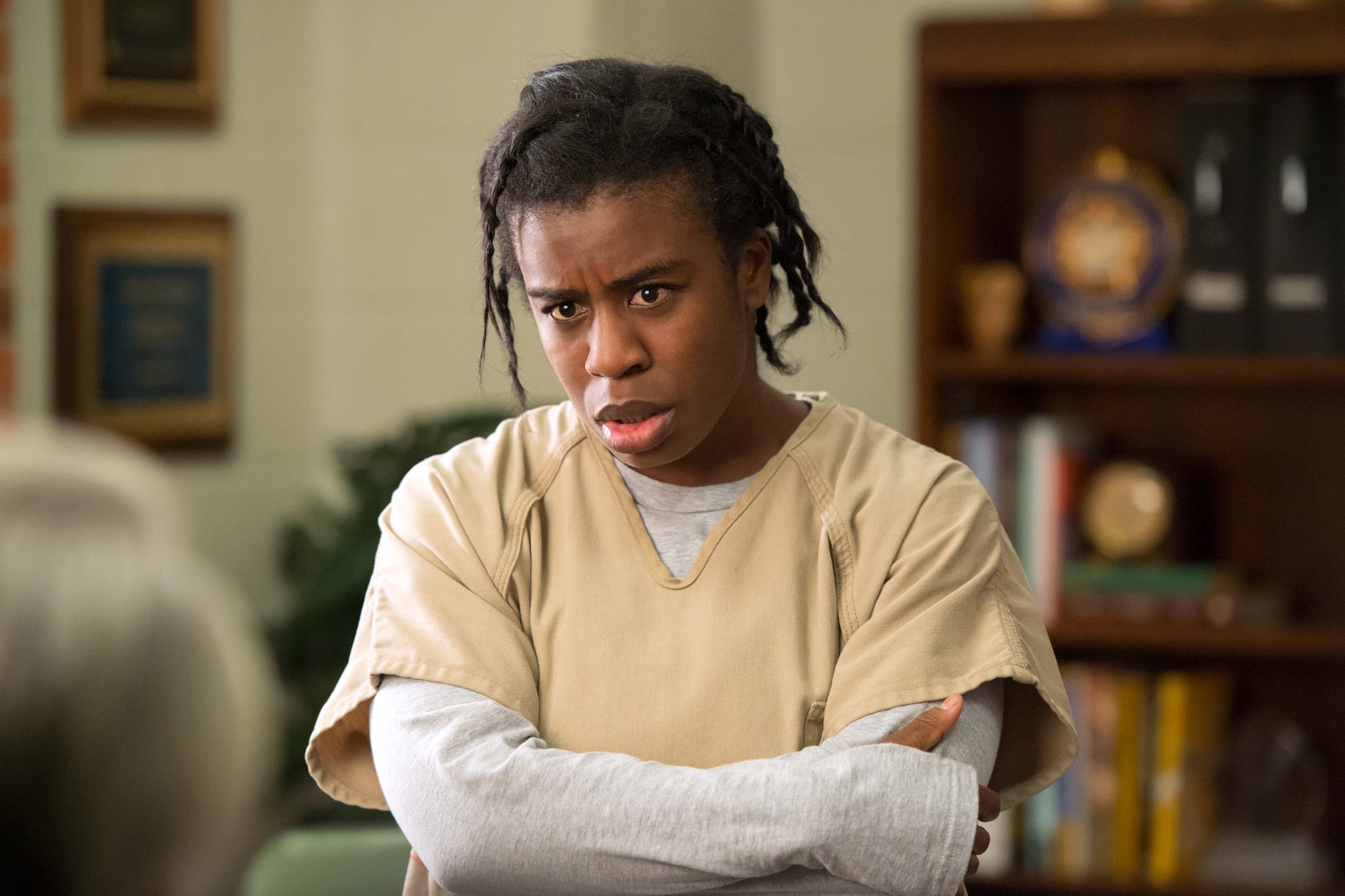 Season six of Orange Is the New Black gives us a few reasons to reflect on Suzanne "Crazy Eyes" Warren's transformation throughout the series, chiefly how she ended up in prison to begin with. The answer to that question is embedded back in season four, which is one of the most important and devastating seasons in the show's history. Once you get past the episodes where Piper tries to assert herself as a "gangsta with an a," season four moves onto more meaningful subject matter — politics, race, and brutality. One of the most heart-breaking moments is the revelation of Suzanne's crime.

In her pre-Litchfield life, Suzanne was a greeter at a big superstore. She was a star employee who had great rapport with customers — in particular, a mom and her three sons. Suzanne lived with her sister and it's implied that her sister took care of her. Suzanne's sister decided to go away with her boyfriend for the weekend and left Suzanne alone for the first time since they started living together.

Related:
Orange Is the New Black: Your Ultimate Guide to the Flashbacks

Suzanne was anxious at first but decided to make the best of it. She went to the park and "greeted" people there. While at the park, Suzanne recognized one of the young sons, Dylan, from the family she knew from her work. Dylan went back to Suzanne's apartment to eat snacks and play video games. It was all very innocent until Dylan decided he wanted to leave. That's when it went all Of Mice And Men.

Suzanne became upset and forbade Dylan from leaving. He panicked and tried to escape. She panicked and tried to keep him in the apartment. Dylan made his way out of the window and onto the fire escape. Suzanne tried to get him inside. There was a struggle, then Dylan fell over the fire escape. Though you don't see a body it's assumed that Dylan died after the fall, and his death is the reason Suzanne ends up in prison.