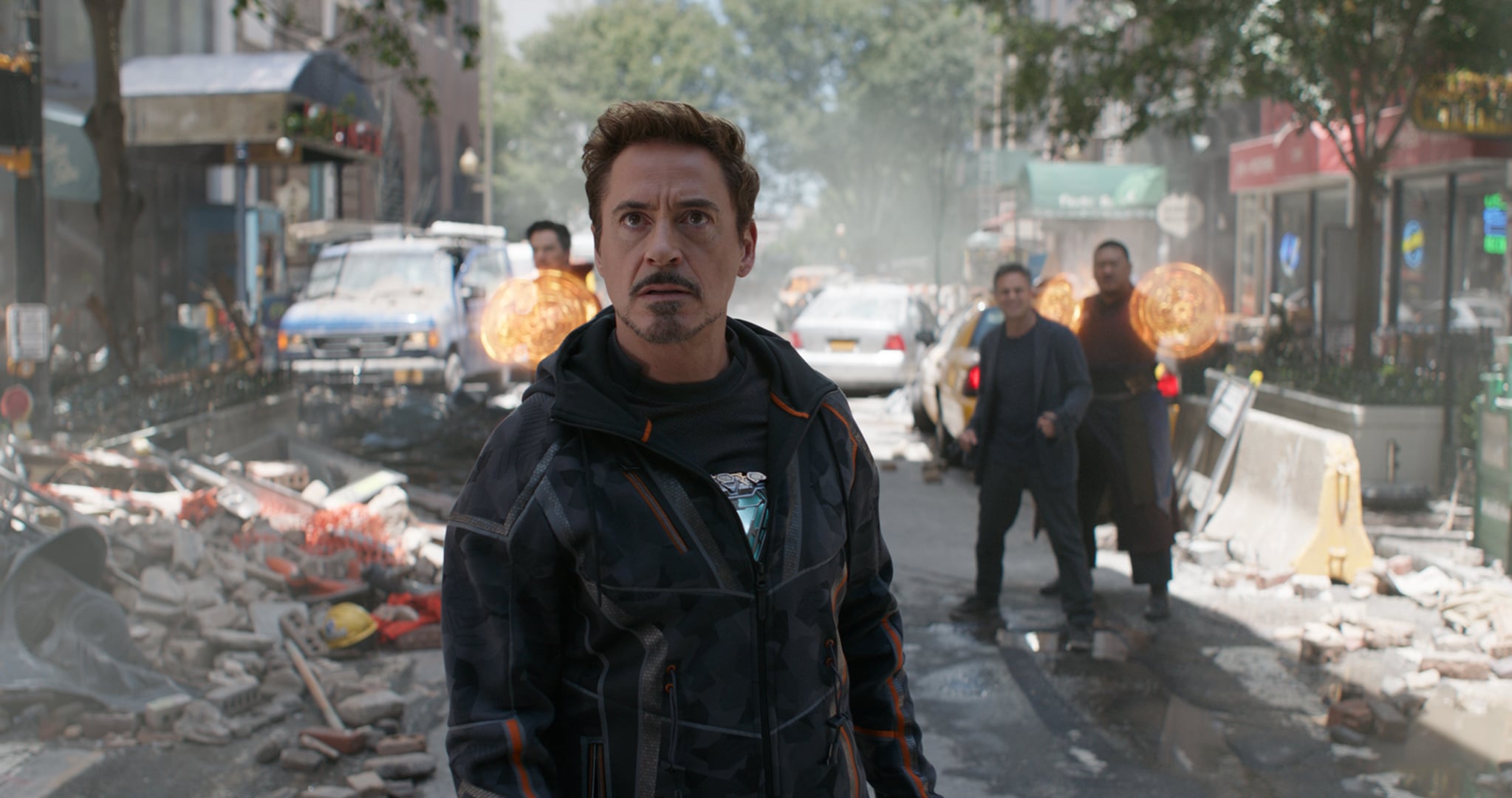 Avengers: Infinity War features many surprise cameos, battles, and deaths, but Tony Stark owning a flip phone may be chief among the shocks. Tony Stark — who graduated MIT with honors at age 17, who built the first Iron Man suit in a cave as a prisoner of war, who programmed not one but multiple artificial intelligence systems — owns a flip phone. Fortunately it's for a very good reason.

Tony's flip phone is programmed with one single phone number: that of a fugitive Steve Rogers, whom he hasn't spoken to in two-ish years. In case you forgot, Steve actually sends Tony the phone at the end of Captain America: Civil War. Steve may have dropped his vibranium shield and the mantle of Captain America after refusing to sign the Sokovia Accords, but he mails the phone and a heartfelt note to "Tony Stank" at the Avengers Compound in upstate New York.

So why a flip phone? One: Steve was probably trolling Tony a bit with a joke about his own age — he's nearly 100, after all. Two: we all know those things are practically indestructible bricks. That phone doesn't break even after a rough fight with Cull Obsidian and Ebony Maw.

While Tony's hesitant to use the phone due to his complicated relationship with Steve, he carries it around with him anyway. After all, Tony is very aware of threats to the world and its best defenses. Steve may have hidden the truth about his parents' deaths and refused to sign the Accords, but Tony still trusts the promise Steve made in his letter: "So no matter what, I promise you: if you need us, if you need me, I'll be there."

Olivia Wilde
With Wake Up, Olivia Wilde Dares Us to Put Our Phones Down
by Britt Stephens 6 hours ago