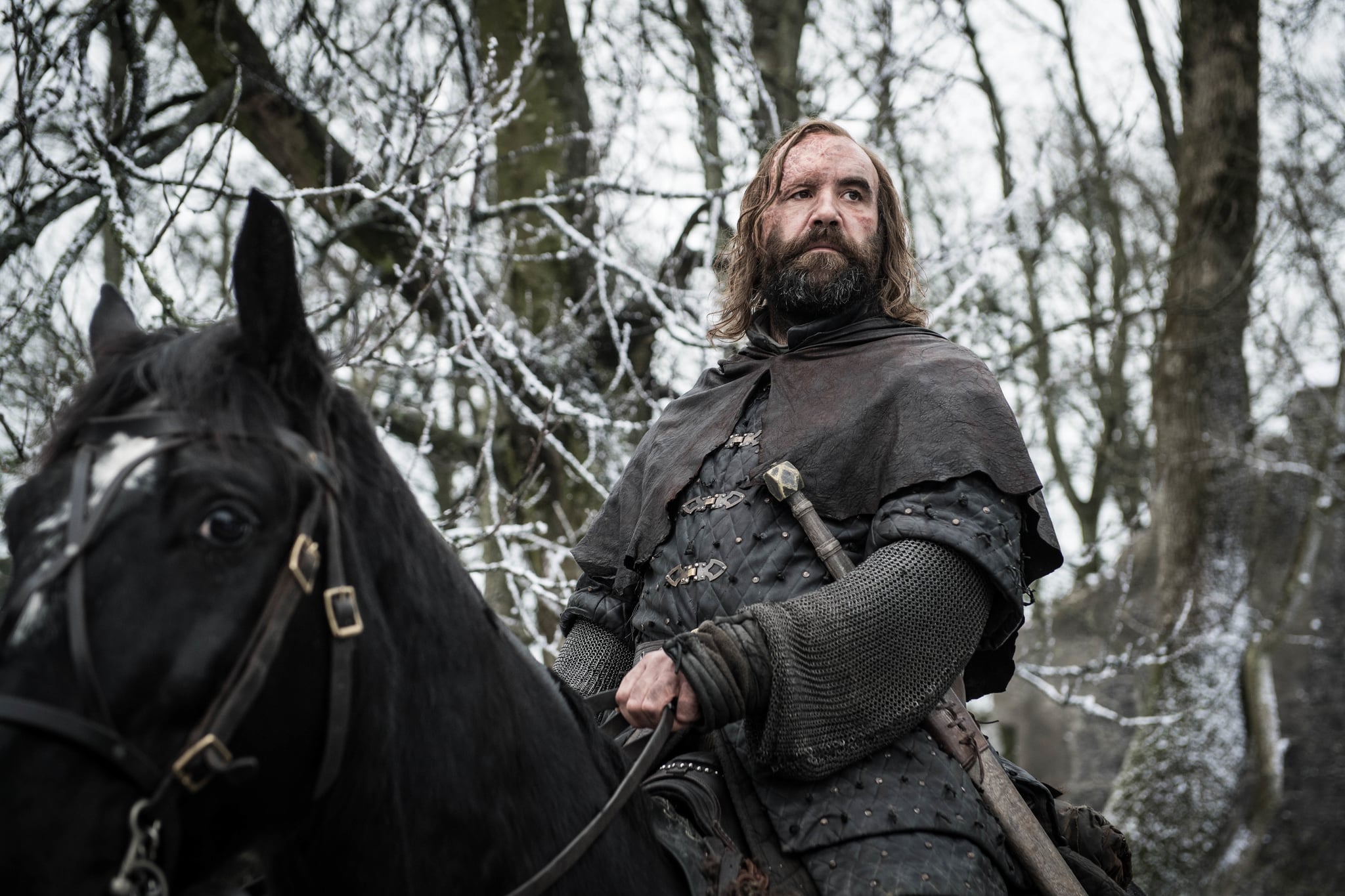 Warning: giant Game of Thrones spoilers ahead! Proceed with caution!

At long last, one of the Game of Thrones reunions we had all been waiting for happened: the Hound and Arya have reunited, and it all went down just as we had hoped it would — with zero bloodshed and a dash of begrudging respect.

In the season eight premiere of the show, Arya spots The Hound as he's riding into Winterfell with the rest of Jon Snow and Daenerys's army. At first, she seems slightly shocked and maybe not entirely happy that he's alive. After all, the former Lannister soldier is on her list for killing her friend Mycah, the butcher's boy, way back in season one. However, since then, the duo has been through a lot.

As The Hound explains to Brienne in the season seven finale, he wanted to keep Arya safe in the wake of the Red Wedding, even though his initial interest in taking care of her was for monetary gain. Deep down Arya knows that he doesn't wish her harm, and that surely means more to her than she's willing to let on.

Related:
Will the Long-Awaited Cleganebowl Ever Happen on Game of Thrones? Here's What We Know

For her part, Arya's never going to entirely trust The Hound, but she doesn't appear to want to kill him anymore either. In season four, she leaves him for dead after his hard-fought battle with Brienne to keep the youngest Stark girl safe, but she refuses to kill him, even when he begs. It's unclear whether she's conflicted about taking his life because of the time they've spent together, or whether she wants him to die a slow death. Either way, she leaves his life up to fate, and if not for a Septon named Brother Ray, The Hound never would have lived to fight alongside Jon, Gendry and the rest of the men who make the trek beyond The Wall to capture a White Walker.

Now, Arya and The Hound are in the same place once more, and she seems to accept the fact that the God of Death isn't ready for him just yet. Although she warns him away from Gendry, she sees that he appears to be genuinely happy to see her, even if he expresses it by telling her she's always been "a cold b*tch." It's not exactly a warm embrace, but it's just enough of a mutual understanding to make the idea of these two former enemies being somewhat reluctant allies seem plausible. At the very least, The Hound's place on Arya's list appears to be erased, at least for the time being.