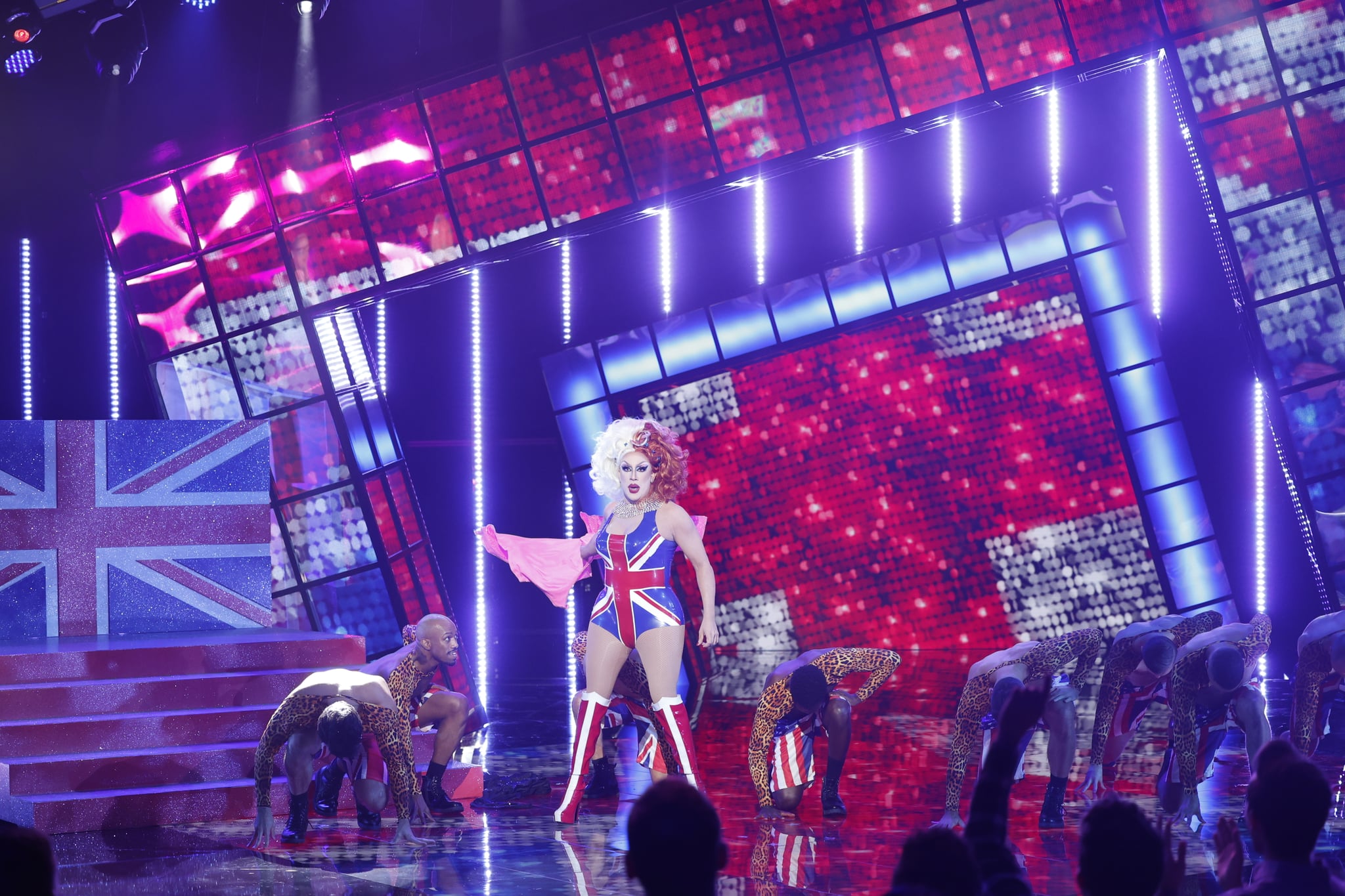 AJ McLean has been performing practically all of his life, but his experience on season two of "RuPaul's Secret Celebrity Drag Race" is unlike anything the singer has ever done before. The 44-year-old Backstreet Boy is the star behind the fabulous Poppy Love, and as he heads into Friday's finale — competing against Tatyana Ali (Chakra 7) and Mark Indelicato (Thirsty Von Trapp) — he's reflecting on his whirlwind journey on the show.

"It's different, obviously," McLean tells POPSUGAR of how performing as Poppy Love compares to taking the stage with the Backstreet Boys. "And anytime you're doing something on your own, when you come out of a group, all the weight kind of falls on your shoulders, so you have to carry the performance. You have to carry whatever it is that you're doing. You don't have four other guys to lean on."

However, McLean notes that "in a lot of ways" performing as Poppy Love is way "more fun" than what he usually does. "I got to express myself in a whole new light and as a straight man being in drag, being an ally," he adds. "Hopefully, just like our music has helped people in their dark days, in their dark times — and I'm so grateful for that — if I could help somebody who may be on the fence or is scared of coming out to just be themselves and to just own it by doing this, then I did my job."

Even though McLean's identity wasn't revealed until the sixth episode, which aired on Sept. 16, the musician informed the Backstreet Boys he was doing the show the moment he found out. "Just in case anything Backstreet-related came up during that time period, I had to block off the entire month of October. So I told everybody I was doing it, and they all wished me the best of luck," McLean explains. "And they all said, 'This is right up your alley. This is perfect for you and we hope you win it.' They were very, very supportive. And I've told the guys, 'Don't knock it until you try it. You should definitely try it.'"

Related:
Drake Joined the Backstreet Boys to Sing "I Want It That Way" in Toronto

So, which Backstreet Boys does McLean want to see on "Drag Race" next? "I think Kevin [Richardson] and Howie [Dorough] would be great," he says. "Howie and I are both Puerto Ricans, so we got the whole Latin thing going. I think he could be really Boricua. And Kevin just has that striking jawline and that presence. He could just be full-on diva."

To find out if McLean is crowned America's next celebrity drag superstar, watch the season two finale of "RuPaul's Secret Celebrity Drag Race" when it airs Sept. 30 at 8 p.m. EST on VH1.

TV
Breaking Down the One Government Agency in "The Last of Us": FEDRA
by Victoria Edel 1 hour ago