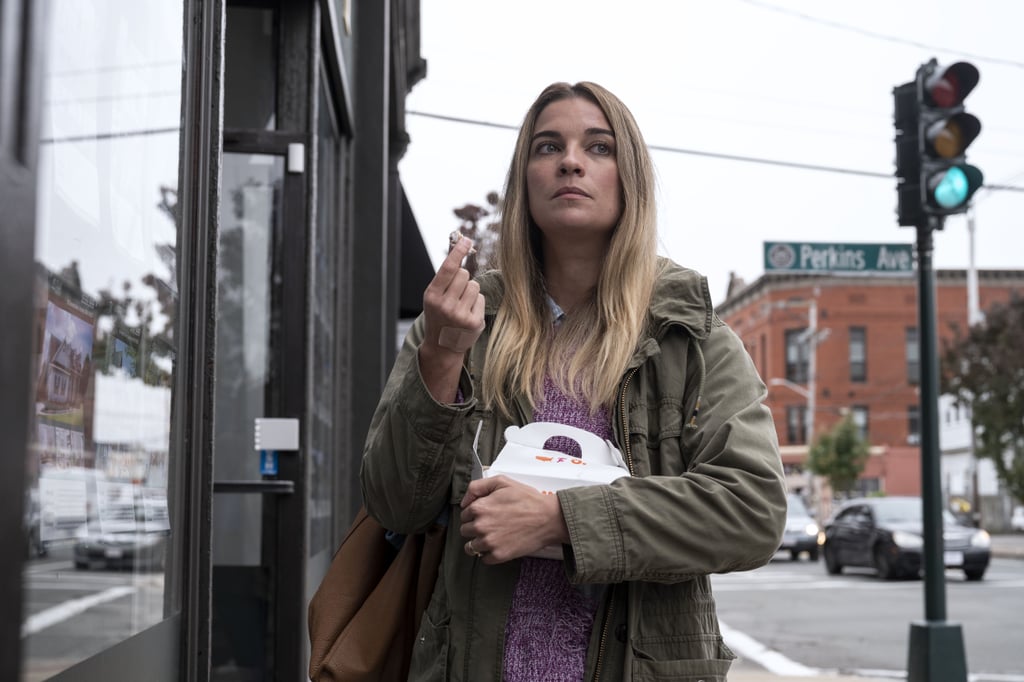 No Longer a Little Bit Alexis: Annie Murphy's Kevin Can F**k Himself Character Is Wild

We might as well give Annie Murphy all the awards now because Schitt's Creek fans are going to be shocked by her portrayal of exasperated housewife Allison McRoberts. For those unfamiliar with the AMC show's premise, Kevin Can F**k Himself cheekily flips the script on your typical sitcom by centering on Allison, who realizes she wants to be more than "Kevin's wife." The meta-drama switches between the old-school multi-cam format and the more dramatic single-camera lens to highlight the contrast between what Allison sees and what the world sees.

Murphy previously told POPSUGAR that Allison "couldn't be further from Alexis." She called the role "a really, really wonderful challenge" that shows what she's capable of doing. "In Kevin Can F**k Himself, I'm playing a woman from Worcester, MA, with a real chip on her shoulder and a real doozy of an accent . . . As much as I miss everyone and I miss [playing Alexis], it was really, really fun to take on something completely different." Ahead, you can see just how different Allison and Alexis truly are.