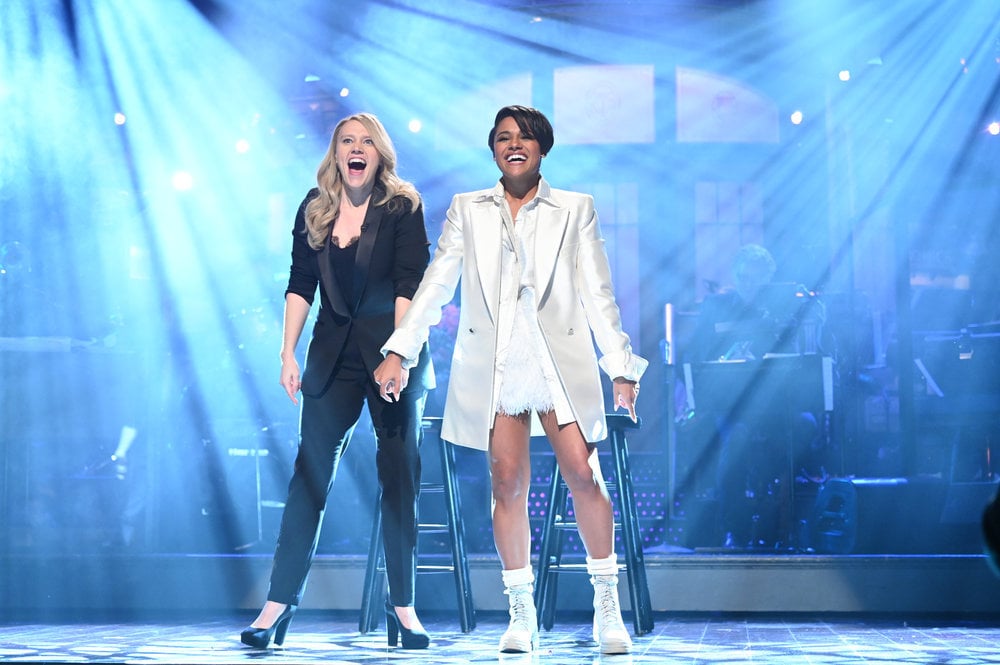 Ariana DeBose's year is off to an amazing start! Earlier this month, she won her first Golden Globe award for West Side Story. And now, a week later, the 30-year-old star made her Saturday Night Live hosting debut. "Now, not many people know this, but West Side Story is actually based on another classic tale of star-crossed lovers," she joked during her opening monologue. "90 Day Fiancé." During the second half, DeBose sang some classic West Side Story tunes, including "Tonight" and "I Feel Pretty," with the help of none other than Kate McKinnon.

Throughout the entire night, DeBose's range was on full display, from making us laugh as newly elected New York City Mayor Eric Adams's press secretary to spoofing The Sound of Music. Check out her best SNL moments ahead!