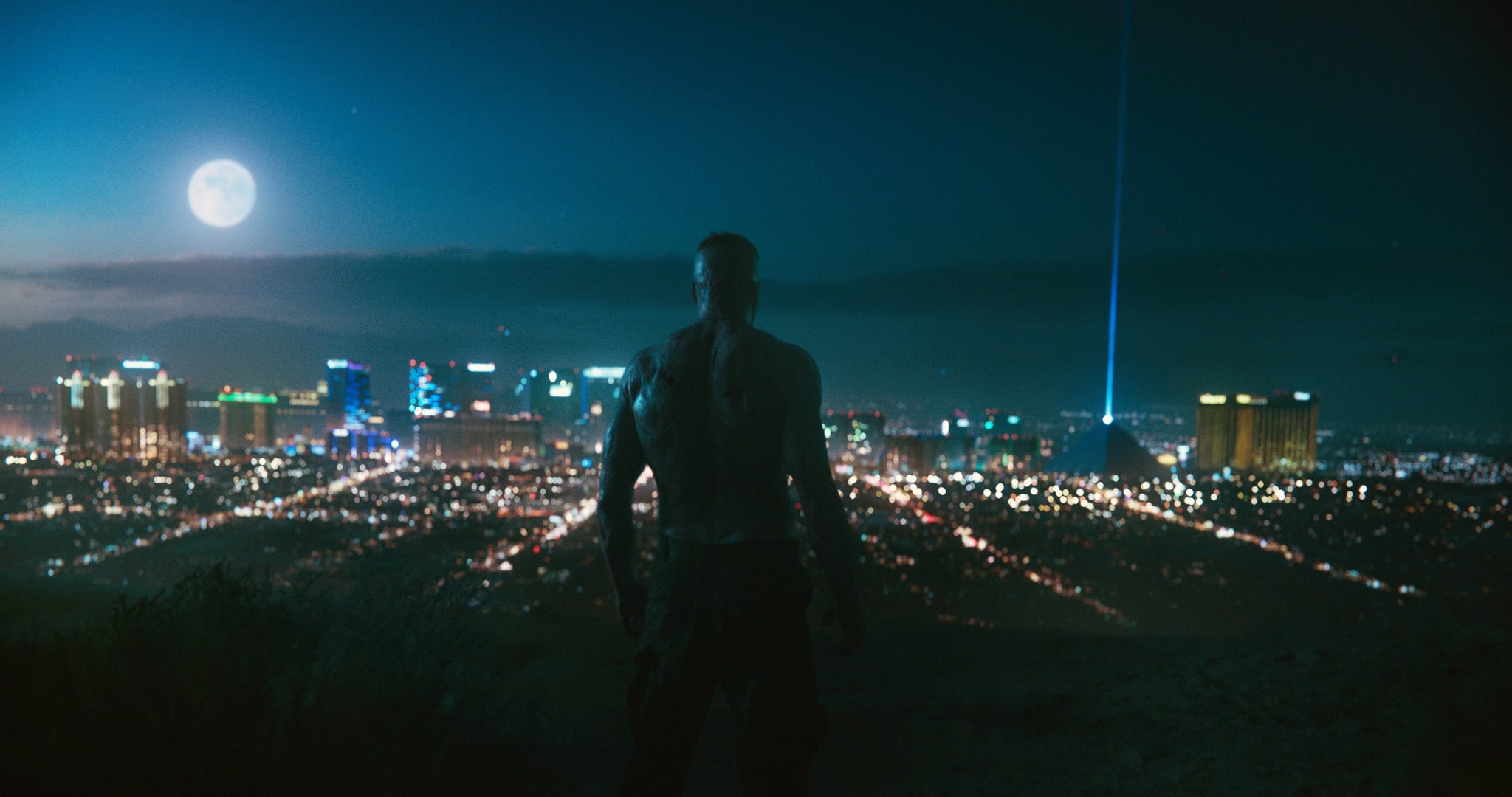 If you pay close attention while watching Netflix's Army of the Dead, you might notice something strange about some of the zombies: they've got odd, glowing blue eyes. So what's the deal with these unusual creatures? According to the movie's creative team, they're actually hinting at a layer of the story that the movie barely touches on.

The most obvious hint comes during a battle scene, when Guzman (Raúl Castillo) shoots a zombie as the team tries to escape the casino. When the zombie collapses, part of its face comes off, revealing a metal skull and a glowing, blue, electronic eye instead of the expected carnage. Yep — we've got robot zombies! There's also a moment, during a crowd scene at Olympus, where a few of the zombies in the crowd also appear to have the same glowing blue eyes, indicating that they, too, are robots, not real zombies.

From the sounds of things, it's all part of writer-director Zack Snyder's plan for a larger movie franchise. "If you pay close attention, there's a number of zombies that are clearly not zombies. You see normal zombies and then you see some robot zombies. Are they monitors that the government has placed among the zombies to monitor them? Are they technology from the other world? What's happening there?" he revealed during a Netflix Q&A, as reported by Screenrant.

There are a couple of Army of the Dead spinoffs in development, and at least one, Army of the Dead: Lost Vegas, is a prequel series that will explore the early days of the zombie outbreak — and, theoretically, answer some of those questions. Also still up in the air is the mystery behind the other blue-hued zombies. The movie seems to imply that only "alpha" zombies — the "evolved" form of the mutant creatures — have blue blood and a strange blue glow, but the history of how that happened is yet to be revealed. With the Army of the Dead universe set to expand, we expect that this will be one of several questions that will get addressed!