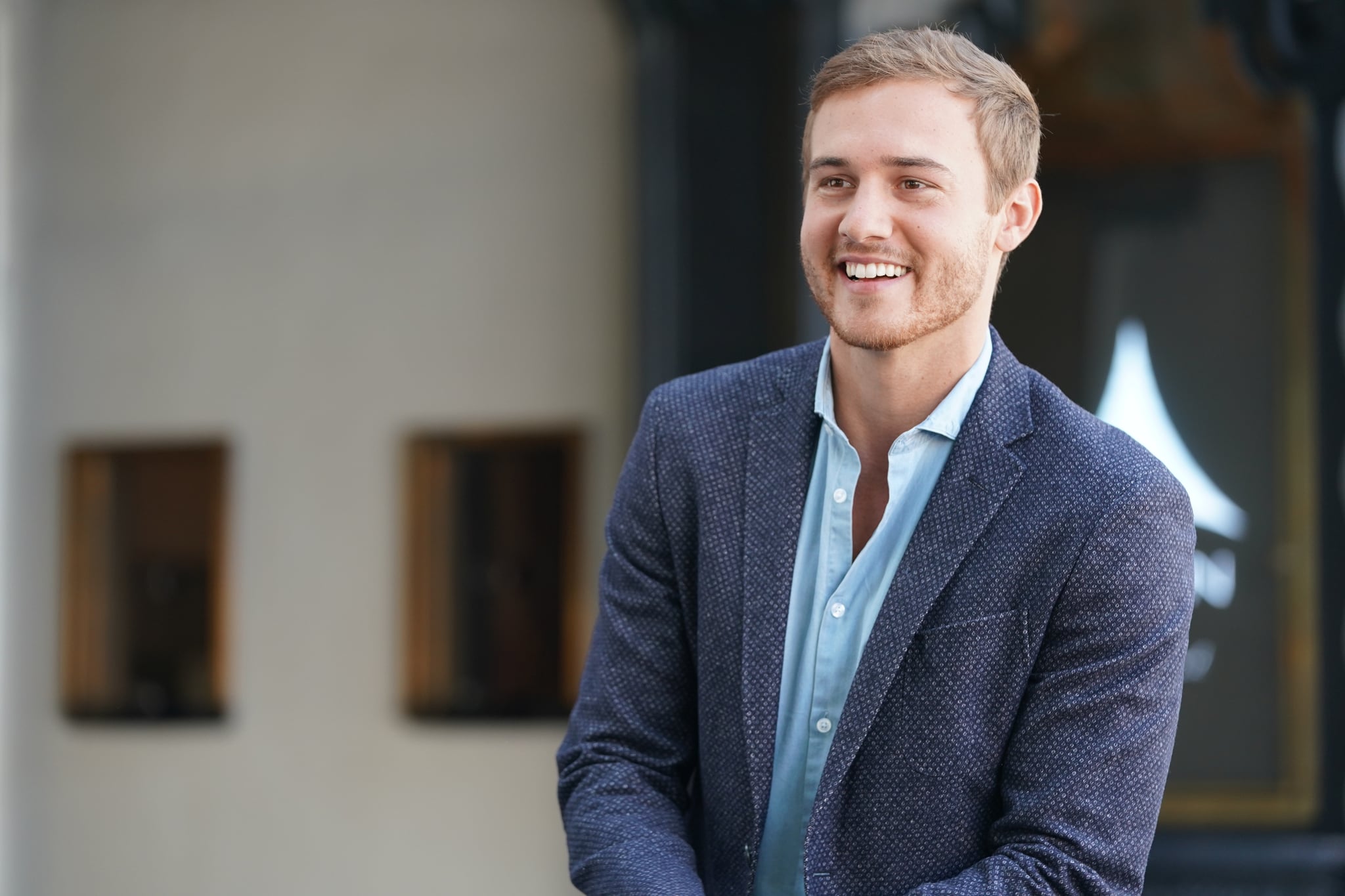 There are plenty of moments on The Bachelor that make me cringe: the corny, pun-filled limo entrances, the girl-on-girl drama so clearly staged by producers, the endless "can I steal you for a sec?" interruptions, and the list goes on and on. But nothing makes my entire body viscerally react as if I just downed three consecutive shots of vodka quite like when contestants call the Bachelor their "boyfriend."

You've hung out with this dude one-on-one for maybe a collective two hours. Do you even know his middle name?

It happens, without fail, every season — sometimes earlier than others — and it took until week four of Peter Weber's stint as the Bachelor for not one but two different women to refer to the handsome airline pilot as their "boyfriend." Like, girl, you've hung out with this dude one-on-one for maybe a collective two hours . . . on a reality television show . . . while surrounded by cameras . . . likely discussing certain topics prompted by the producers. Do you even know his middle name? His favorite movie? Whether he can cook? What he likes to do for fun? His best friend's name? I'm gonna go with probably not on all of the above.

Oh, and also, did you just conveniently forget that he's getting to know tons of other chicks at the same time? Last time I checked, the term "boyfriend" traditionally denotes a certain level of monogamy, and the whole point of being the Bachelor is to sift through 30 women to find the one worthy of that blingy Neil Lane ring and likely a long engagement followed by a publicity-fueled breakup. In the normal world outside of the ABC dating series, I don't know many women who'd use the term boyfriend to refer to a guy who's knowingly seeing other ladies — right in front of their faces, at that.

Related:
Consider This My Plea to Raise the Minimum Age of Bachelor Contestants to at LEAST 24

Look, I get it. I'm sure when you're a contestant on The Bachelor, you get swept up in the magic of the whole "journey" and blinded by the prospects of landing a gummy bear hair supplement influencing gig once you're eliminated. But please — for the love of all that is good in this world and the sake of my body, which is exhausted from cringing every Monday night — kindly refrain from calling the Bachelor your boyfriend. I'm begging you on behalf of Bachelor Nation. Thank you for coming to my Ted Talk.