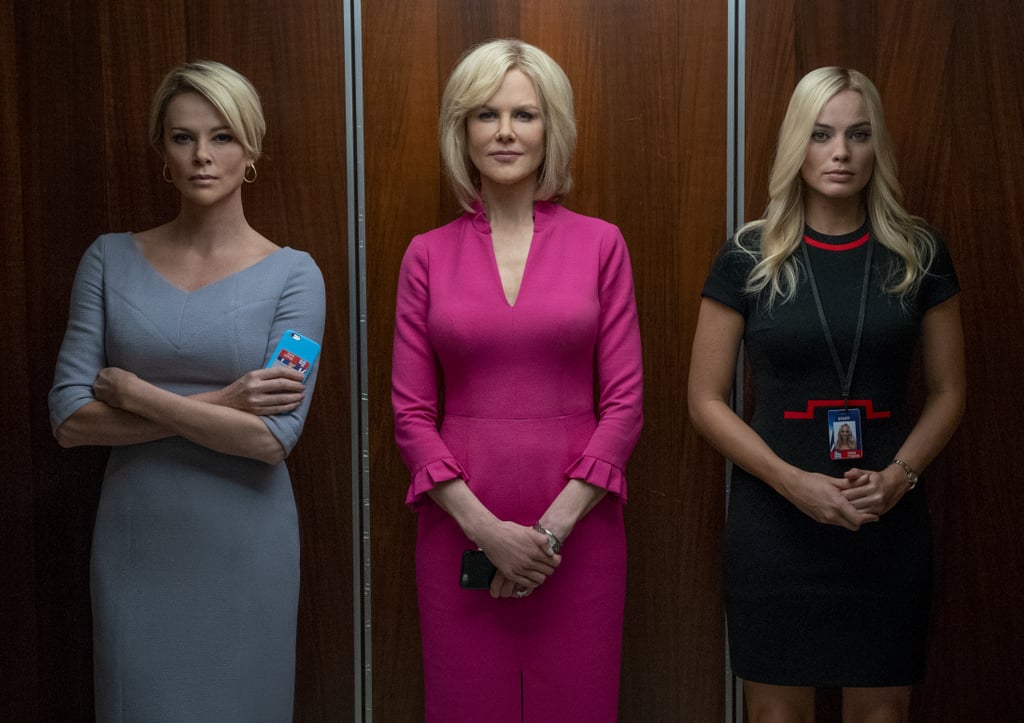 Charlize Theron is no stranger to physically transforming for her film roles, and her turn as Megyn Kelly in the upcoming Bombshell looks like it might be the most unsettling one yet. From the hair to the nose and makeup, Theron is a dead ringer for the former Fox host, but she isn't the only talented A-lister who underwent a physical change for the film.

The Jay Roach-directed drama follows the Fox News media empire scandal that erupted with the 2017 ousting of the late chairman and CEO of Fox News, Roger Ailes, after deeply disturbing allegations of sexual harassment were brought to light as early as 2014. The story will be told through the perspectives of three women who took him down: Megyn Kelly (Theron), Gretchen Carlson (Nicole Kidman), and the fictional Kayla Pospisil (Margot Robbie), who appears to be an amalgamation of real-life women who worked at the network.

Ahead, see how stars in the cast like Kidman, Theron, John Lithgow, Connie Britton, Alice Eve, and more compare to the real-life Fox affiliates before the film hits theaters on Dec. 20.