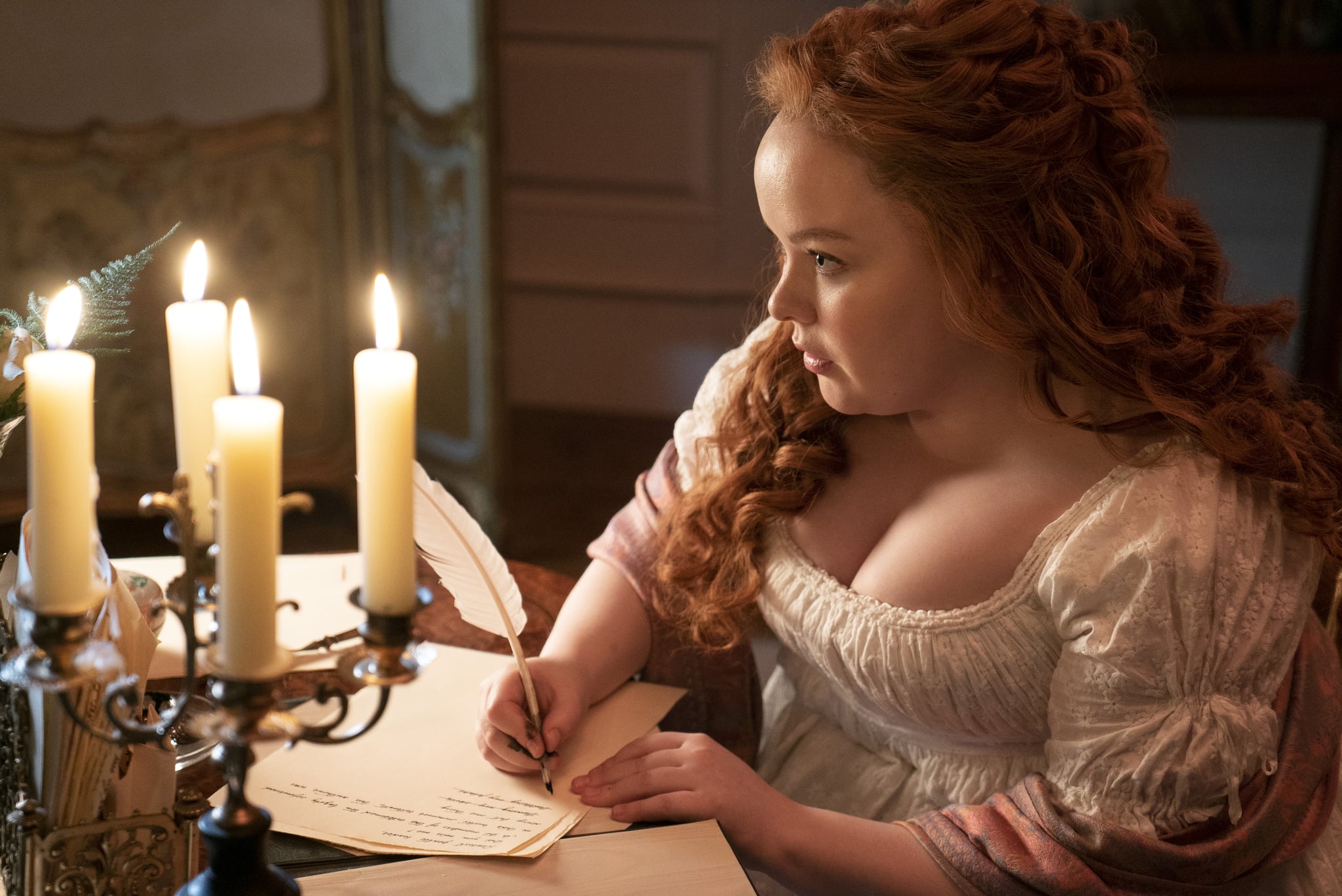 At the end of the first season of "Bridgerton," viewers finally learn the true identity of gossip columnist Lady Whistledown. The queen of gossip among Regency London's elite knows everything about everyone — and she's not afraid to share the details. That earns this busybody plenty of enemies, and yet no one knows who's behind the pen. Then, in the last moments of season one, the cloaked Lady Whistledown reveals herself as Penelope Featherington (Nicola Coughlan). Keeping her identity a secret from the rest of society hasn't been easy, and it becomes even harder in season two of Netflix's hit show.

One reason Penelope struggles to stay under the radar is the fact that her best friend, Eloise Bridgerton (Claudia Jessie), is obsessed with tracking down the real Lady Whistledown. Always chasing a lead, Eloise wants nothing more than to figure out who's behind the gossip. She thinks she's solved it early in season two when, at an event, she spots paper that has the same weight and feel of that of Lady Whistledown's gossip column. She tells Penelope that if she finds the printer of those pages, she'll find out who prints Lady Whistledown's column. But it isn't until Eloise lines up the pages and realizes both have a wonky letter "K" that it becomes clear that they're printed on the same press. She vows to compare Lady Whistledown's next paper to see if the "K" is still crooked or if it was a fluke.

Related:
Everything We Know About "Bridgerton" Season 3

Needing to work quickly, Penelope goes to the wrong side of town to buy a new letter "K" to give to the printer. She wants to be extra careful though, so she enlists Madame Delacroix (Kathryn Drysdale) to make the process even harder to track. Now Penelope is sending her pages through Madame Delacroix's shop so that they can be packed in with dresses, which are then taken to the printer by delivery boys.

Alas, Queen Charlotte (Golda Rosheuvel) is also insistent on finding out who's behind Lady Whistledown's column. She enlists her footmen to look into anyone suspicious, and when Eloise emerges as the most likely culprit, the queen threatens her into confessing. To get her friend off the hook, Penelope writes a new Lady Whistledown piece with dirt on Eloise to prove to the queen that Eloise isn't responsible. It could have worked, except Eloise eventually realizes that her best friend has been Lady Whistledown all along. Penelope vows to stop writing as Lady Whistledown, but after her friendship with Eloise crumbles and her heart is crushed yet again by her love, Colin Bridgerton (Luke Newton), she picks up the quill to begin again.