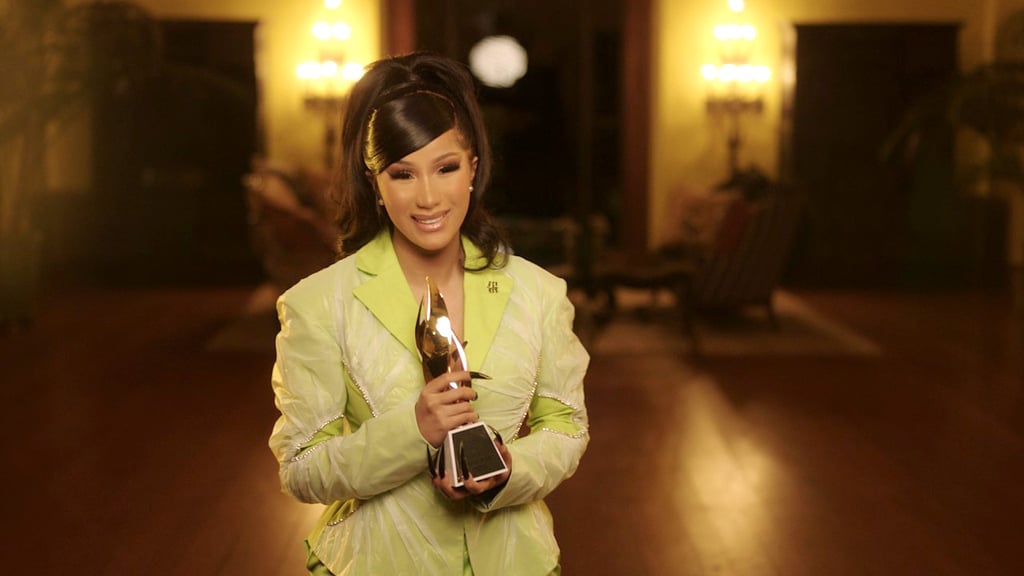 Cardi B is officially Billboard's woman of the year! On Dec. 10, the rapper took home the coveted award during the outlet's virtual Women in Music event. The honor was presented by Breonna Taylor's mother, Tamika Palmer, who introduced Cardi as someone who has "used her platform to spread the truth about what happened to Breonna and to reaffirm that Black women's lives matter."

While accepting the trophy, Cardi reflected on how the COVID-19 pandemic adversely affected her creativity. But she expressed gratitude for being able to drop her "WAP" collaboration with Megan Thee Stallion, which topped multiple charts and broke a streaming record. And, in true Cardi B fashion, she added a comedic twist to her message. "Not only was it an amazing song that broke so many records, but it was a conversation that I never thought was going to be so big," she said. "I mean, it pissed off a whole bunch of Republicans for no reason, you know what I'm saying? It was just weird."

The "Money" rapper went on to reminisce on her goal of making it big in the music industry. "Life is about making your dreams come true, but in order to make your dreams come true, don't think that it's gonna come and fall from the sky to your lap," she said. "You gotta network. You gotta become great at what you do. You gotta be able to take criticism — believe it or not, y'all be saying I don't take criticism, but yes I do." She then thanked her fans for always supporting her. Check out Cardi's full speech ahead!