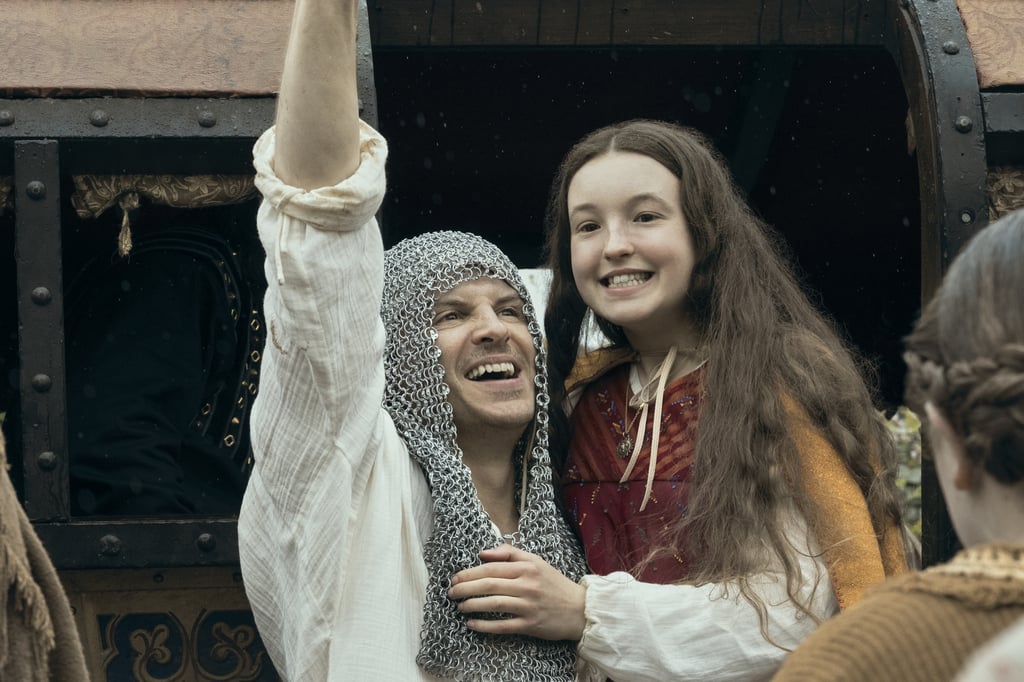 "Catherine, Called Birdy" is about a young girl (Ramsey) growing up in 13th-century England. Her parents are desperate to marry her off, but she rebels. In the film, her father is played by Andrew Scott (aka "Fleabag"'s hot priest) and her mother is played by "Doctor Who" star Billie Piper. Also joining the cast as Birdy's uncle is Joe Alwyn, whose girlfriend Taylor Swift is famously friends with Dunham.

"It isn't a story about a teenage warrior," Dunham told Vanity Fair in August. "It isn't a story about a forbidden teenage romance. She doesn't have magical powers. It doesn't fall into [those] tropes. She really is just a complicated, tough—at times doing challenging and unlikable things—young woman." It's a bit of a passion project for Dunham; According to Vanity Fair, she bought the rights to the book in the early 2010s, shortly after "Girls" premiered.

"It was so wonderfully chaotic," Ramsey told Vanity Fair of her impressions of the novel. "I love the weirdness and boldness and quirkiness that Birdy embodies."

Read on for everything we know about "Catherine, Called Birdy," including the cast, release date, and trailers.