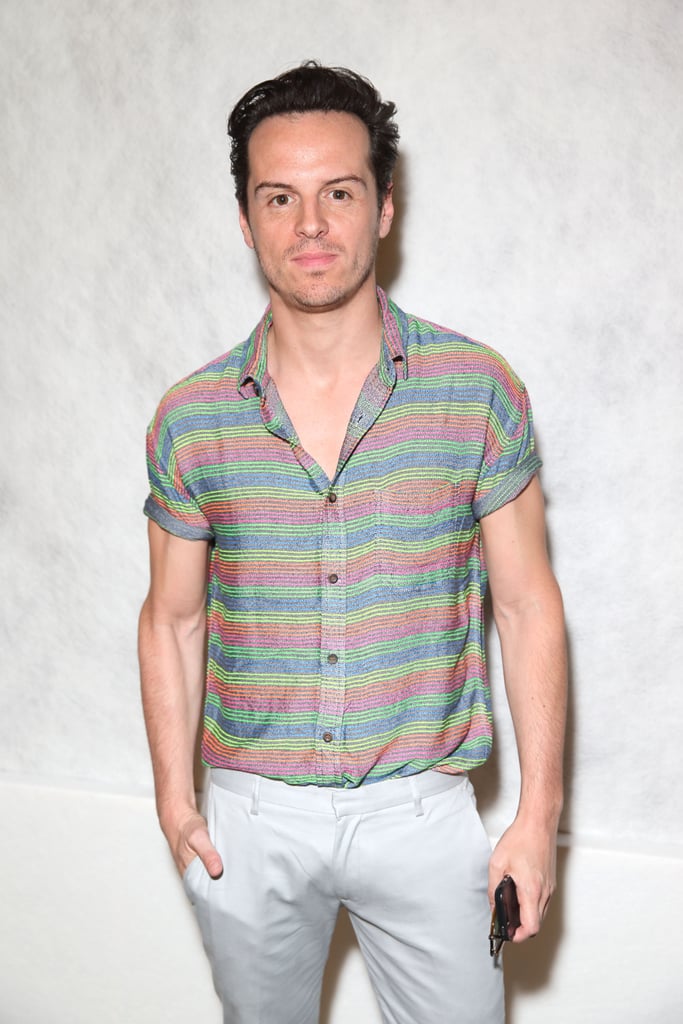 If the name Andrew Scott doesn't ring a bell, we have just two words for you: Hot Priest. BBC's dark dramedy Fleabag absolutely swept at the 2019 Emmy Awards, and though that's due in large part to creator and star Phoebe Waller-Bridge's brilliance, Andrew's sexy priest character from season two also deserves some credit. The Fleabag and Sherlock actor earned his nickname (and a large fan following) for good reason: he is undeniably hot. Once you're done looking at the incredible pictures of Phoebe at the Emmys, be sure to check out these sexy pics of Andrew. If they don't convince you to convert, we don't know what will.

Related:
The Fleabag Cast's Night Out at the Emmys Has Me Craving a Third Season More Than Ever
Previous Next Start Slideshow
Eye CandyAndrew Scott