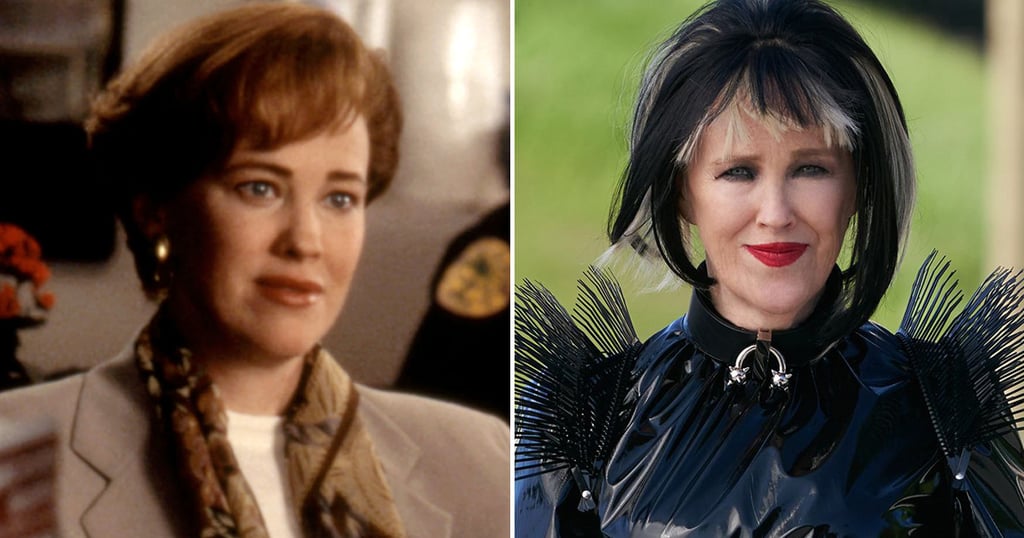 Moira Rose: woman of the world, connoisseur of wigs, and a force all her own. The Schitt's Creek star is one of the wildest and most wonderful characters to grace our screens, but there's an uncanny similarity between Moira and Catherine O'Hara's character, Kate McCallister, in Home Alone (1990) and Home Alone 2: Lost in New York (1992). For anyone who hasn't seen the films in a while, O'Hara plays Kevin McCallister's mom, who infamously forgets to bring him on the family's annual Christmas vacation (twice).

Frazzled, overwhelmed, and prone to panicked shouting fits, Kate is just a typical mom trying to make it through the holidays. Moira is more sarcastic and more in touch with her flare for the dramatic on a daily basis (see: her elaborate outfits and her overly sophisticated speech pattern). But O'Hara's unforgettable facial expressions and Moira's hilarious personality definitely overlap with Kate's enough that we're more than slightly convinced Moira might be Kate 30 years in the future. Just replace every time Kate yells "Kevin!" with Moira saying "David" or "bébé" and it's like they're in the same timeline. But that's not our only evidence! Read on for a full breakdown of all the moments in Home Alone that prove Kate foreshadowed Moira three decades ago.