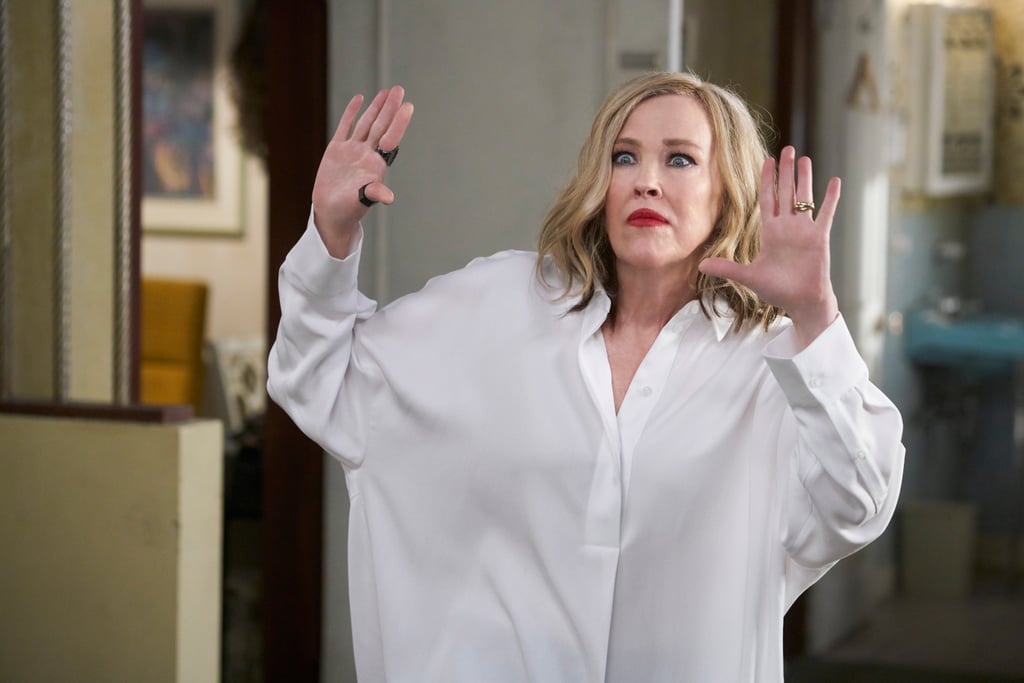 According to Schitt's Creek hairstylist Ana Sorys, Moira Rose has over 100 wigs in her collection. That could be more than one wig per episode when you factor in six seasons and 80 total episodes. Between her ever-changing hairstyles, flashy outfits, and witty zingers that could make anyone laugh out loud, there was never a dull moment with Moira (played by Catherine O'Hara) around.

Now that the Canadian TV series — which just picked up an Emmy nomination for outstanding contemporary hairstyling — has ended its five-year run with an emotional finale, we may never get to see the eccentric matriarch's wig collection expand. The silver lining? There are so many amazing hair moments to look back on, each linked to a memorable scene or moment from the show. Including fun colors like bubblegum pink and mint green, and styles that ranged from blunt bobs to Goldilocks-inspired curls, the former soap opera star surely wasn't afraid to experiment. And truthfully, the wigs helped her feel close to part of her old life.

So whether you're taking a walk down memory lane or binging the show for the first time, we've rounded up 15 of Moira's best wigs from over the years. Keep reading to relive each moment and the wigs in all of their glory.