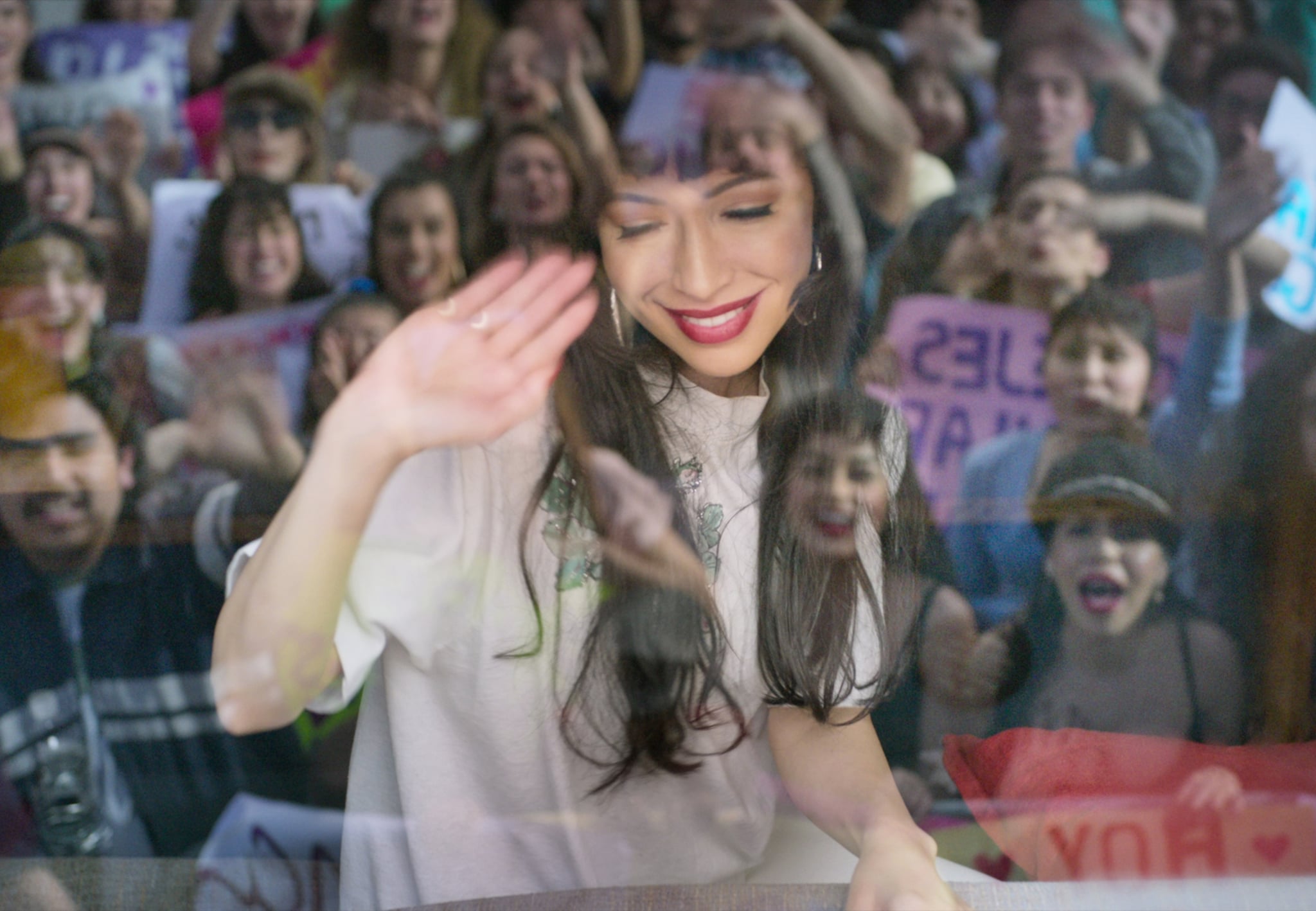 If there is one thing that Christian Serratos understands, it's pressure. The 30-year-old actress has the daunting task of bringing the life and story of Tejano music legend Selena Quintanilla-Pérez to the small screen in Netflix's Selena: The Series, and she has some big shoes to fill.

"The point is just to create something that is authentic and as honest as possible," she told me over the phone. "If I didn't think that I was willing to put in the work to achieve that, I would have declined the role. If I didn't think that I was going to be willing to commit and to fulfill my obligation as an actor portraying this woman, it would have been the appropriate thing to do to decline the role." Although there was a fear of disappointing people, Serratos knew making everybody happy would be impossible.

She wasn't afraid to address the elephant in the room either: the idea that an essential depiction of Selena already exists, and another one isn’t necessary. Jennifer Lopez portrayed the late Tejano singer in the 1997 feature film, earning an Oscar nomination for her breakout role and worldwide acclaim. Even Selena's husband, Chris Pérez, has said that the movie tells Selena's story beautifully, so it's hard to imagine fans needing anything more. But according to Serratos, the error is attempting to compare the two when their mediums make them significantly different.
Related:
Noemí González Hopes Netflix's Selena Teaches People to "Be a Light When the Going Gets Rough" 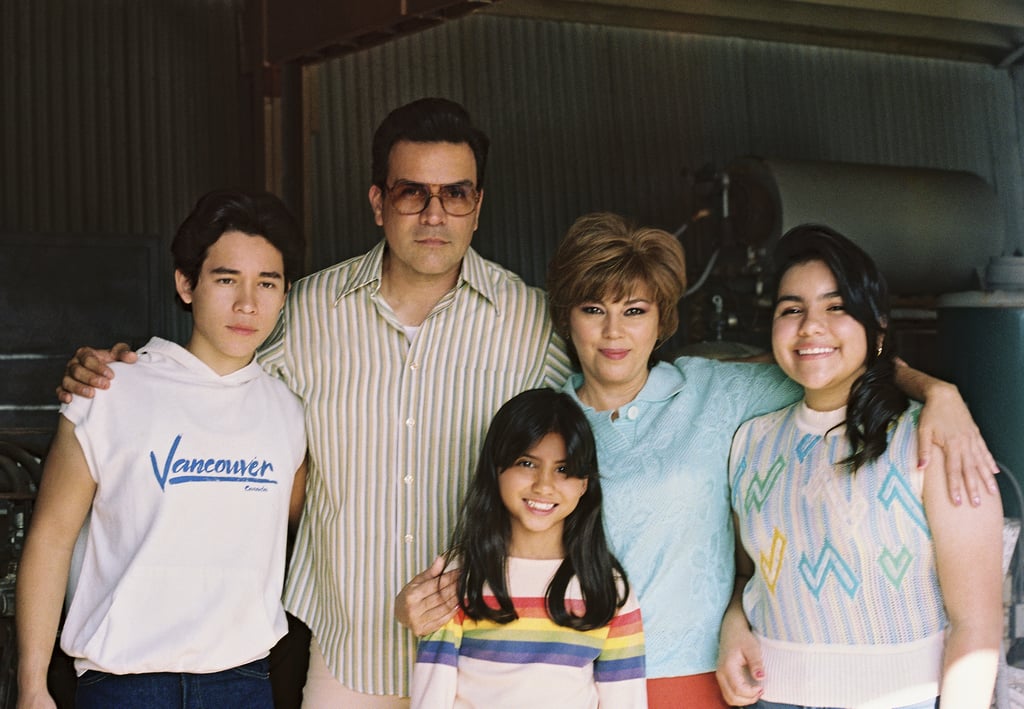 "I think what makes our show different is that there's more time. You get to spend more time with the family and with Selena," she explained. The star noted that as a fan of the film herself, she knows how well-respected and loved the original tribute to Selena is. "I love Jennifer Lopez's portrayal of Selena, but we are a show, and the luxury of a show is that there are more hours. I think that bodes well for us, especially because our story wasn't necessarily about the star. It was about the journey."

Where Selena paid a short bit of attention to the singer's childhood and slow rise to stardom, the first part of the show uses a majority of its time to recount the adventures that led to Selena's rising star. It shows the origin of Selena y Los Dinos, the family's strife, and the beginning of Selena's career, a journey that has been rarely touched upon. "I feel lucky that we got to tell so much more of her backstory and allow people to see that she didn't just become the star overnight, that there was a lot of hard work that went into becoming the icon that we know today," Serratos said.

"When you Google Selena, there's only so much you can find. You find the icon, that legend, when you research her. And a lot of us think Selena was the long hair, the bangs, the jumpsuit, the red lips, for her entire career, and that's not the case," she added. "That was a part of her growth, but it's how we identify her now. But I'm really grateful that her family was a part of this because we can see now all the creative changes that she went through as an artist and as a woman, to find that artist that we know today. There's so much of her that we wouldn't have had access to if it wasn't for [her family]."

What we see in The Series is that there was a lot of sweat and tears that went into becoming the "Tejano Madonna." It may seem like Selena went from a small-town singer to one of the most beloved Mexican-American entertainers in the world in a snap, but the reality is over two decades of hard work that involved her entire family. A family portrayed by a star-studded cast including Seidy López, Ricardo Chavira, Noemí Gonzalez, and Gabriel Chavarria.
"A lot of us think Selena was the long hair, the bangs, the jumpsuit, the red lips, for her entire career, and that's not the case."

"I love our cast! We have a great cast and crew," Serratos gushed. "We had a really good group of people. Gabe [Chavarria] feels like he's always been my brother, and I relied heavily on him, and Jesse [Posey], who plays Chris Pérez. It's weird being apart from them now. While doing all of this press and seeing everything come together back home, I feel like, 'Oh man, I wish that environment stayed here.'"

Camaraderie is one of the elements of the industry that Serratos admitted she liked the most. She explained that working on projects like AMC's The Walking Dead has taught her that it's of utmost importance to be able to rely on the people around you on set. On The Series, the star felt like everyone "really came together and helped each other build the best characters and story as we could."

That story, of course, was how much work went into Selena before she became the bestselling female artist in Latin music history. Serratos admitted she had a lot of work to do to bring her story to fans in a new format. "I did as much research as I possibly could, read as much as I could read, and I watched as much as I could watch. I listened to all these songs backward and forwards, and I really just trusted that Selena was there with me," she said. As a longtime fan of the late singer, Serratos explained that she wanted viewers to see the hard work that went into Selena's success as well as understand that she had to work harder because of where she came from and because she was a woman. "I think it's important for people to see that it did not come easy, because it doesn't really come easy for any of us. There are a couple of extra jobs that come with people of color trying to find themselves in any industry," she added, before referencing a revelation she had when speaking with a peer. "I called one of my friends who's a lead actress, and I said, 'I feel like I'm being spoken down to,' and she said, 'Unfortunately, you have another job, and that is teaching people how to speak to you.' And I thought, 'I shouldn't have to do that.' She told me, "No, but we have extra jobs because we are minorities and we are women." And that's just the way that it is. But Selena did it very gracefully, and that's something that I really admire about her and something that I'll definitely take with me."

Even Serratos had to admit that she hadn't realized how much work Selena did to establish her legacy. "I didn't know that she'd been in it that long, and I definitely didn't know her catalog of music was as extensive as it is," she revealed, laughing. "I remember in one of my first conversations with the music team, they asked me if I knew most of Selena's songs. I told them I did, and they were like, 'Oh, cool, no problem then. We'll send you the list of songs, and then we'll just go for it.'

"They sent me about, I want to say 40 or 50 songs that I had never f*cking heard before in my life. I was panicked, thinking, 'Oh my God, this is in a different language. My Spanish is not perfect. I have to learn all of these songs within days!' But thankfully, what happens when you're on a set with people you can trust and respect is, you can rely on them to help you, and you can lean on them. Julio [Macias who depicts Pete Astudillo] helped me so much with my Spanish when we were on set, and I'm so grateful for that."

That wasn't the only moment of alarm for the Mexican-American actress. She revealed that filming the band's performance of "La Bamba" was their first one with an audience, as well as her first time speaking Spanish in front of an audience. "I really felt like Selena at that moment because she wasn't necessarily perfect with her Spanish — which I think is so charming — and she didn't make any excuses for it. My Spanish was getting better the longer I was in Mexico, so I kind of felt like we were living linear journeys with the language," Serratos confessed. "I think I f*cked up my Spanish, too, and the crowd just giggled at me, and I think they tried to help me, which was so heartwarming."

Related:
7 Things to Know About Christian Serratos, the Star of Netflix's Selena Series 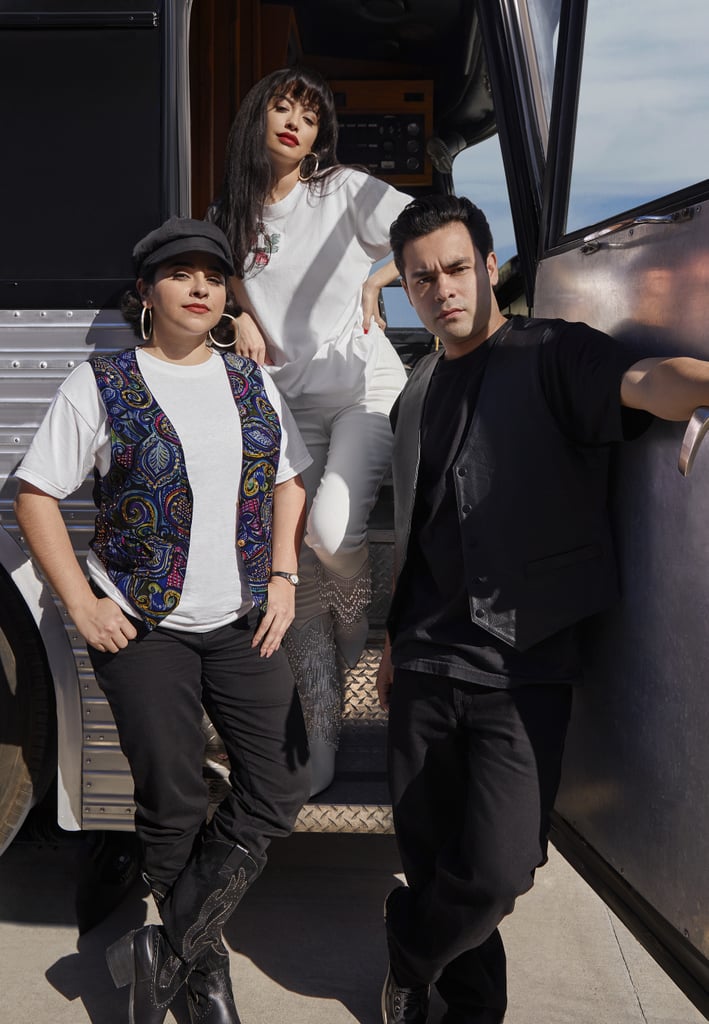 Despite the moments of panic and fear of disappointing viewers, Serratos has never regretted taking on the role of a lifetime. Becoming Selena was a completely different experience from playing TWD'S Rosita, but it's an experience that the actress said she will never forget. "I loved the process [of becoming Selena]. The hair and makeup were, of course, incredibly important. I think in part two, it's going to be more of that icon everyone knows but part one was fascinating, because it has looks that I had never seen before. There were times where I didn't necessarily feel like Selena, but it worked well for the situation because she was young, and I don't think she necessarily felt like that superstar either. So it really benefited the story, of part one," Serratos shared.

It's these outfits that made the star feel more connected to her role and made her feel more related to the late singer. "Anytime Selena wasn't on stage, and she was just wearing like a big t-shirt and leggings, or a big t-shirt and jeans — those are the photos that I see of Selena that I always feel most connected to," she added. "Where I'm like, 'Oh God, that's my girl.' I know we would have hung out and been the best of buds because she just feels like your friend. I always felt a lot more grounded in the Selena universe when I was playing her in big t-shirts."

But that doesn't mean she wasn't ready to step into the bustiers and sparkling jumpsuits! To Serratos, those outfits were the pinnacle of "Superstar Selena," and the wait to get there is the best part. "Getting into that transformation right before she's about to break off and shoot into big stardom felt really exciting," she said. "I think that's going to be fun for people to watch; they're going to keep going, 'Oh, we're almost there. We're almost to the star, the Selena, the icon, we're almost there.' And it's going to keep people on the edge of their seats."

Fans will have to wait for Netflix to announce the release date of part two to get the whole picture, but they can dive into part one with the knowledge that Serratos is proud of the work she and the rest of the cast and crew created. "We touched on so many great iconic Selena moments that I really feel fulfilled with everything we did on the show," she said. She noted that "playing a real person is difficult because you want to try to get the mannerisms or their posture down as much as possible," but, beyond the technicalities of the role, it "was so incredible to play somebody that I admired for so long. To be in her world for as long as I was, just felt like Disneyland. It just felt like a dream. I really just had the best time."

Selena: The Series is now available to stream on Netflix.
×