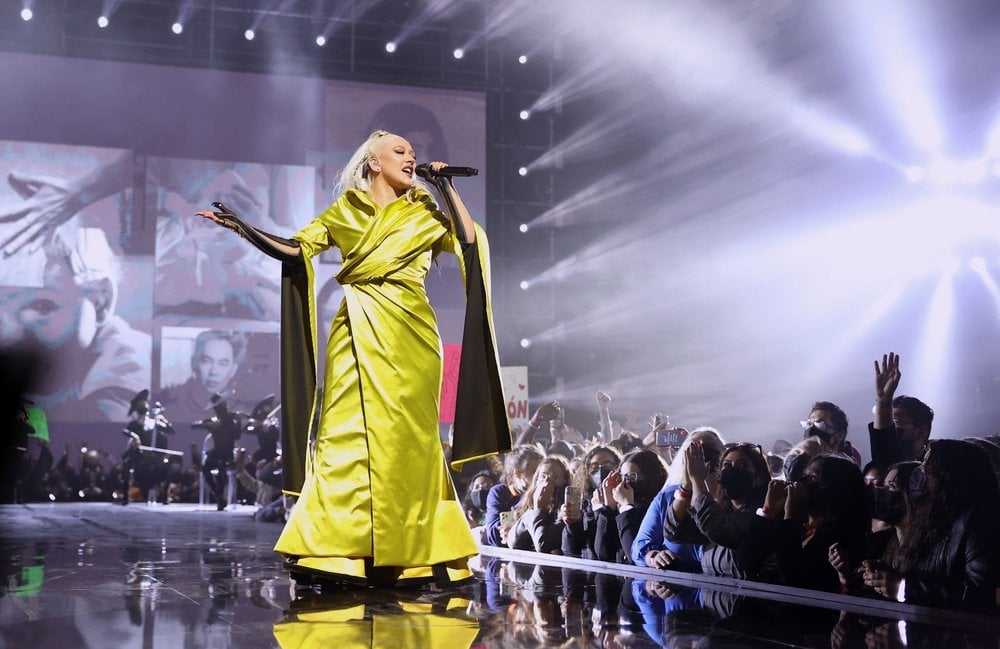 Christina Aguilera was the woman of the night at the People's Choice Awards in Santa Monica, CA, on Tuesday. In addition to being honored with the first-ever music icon award, the 40-year-old singer delivered a nostalgic performance of her greatest hits, including "Genie in a Bottle," "Dirrty," and "Beautiful." The performance also featured her latest single, "Somos Nada," which will appear on her forthcoming Spanish-language album.

"There is a reason Christina Aguilera is referred to as 'the voice of our generation.' She not only has an extraordinary voice, but as a creator, produces music that evokes true emotion and resonates across so many different demographics," NBC Universal's Jen Neal previously said in a statement. Relive Aguilera's dazzling performance ahead.

Barbie Ferreira
Did You Catch That Game of Thrones Easter Egg on Euphoria?
by Monica Sisavat 22 hours ago