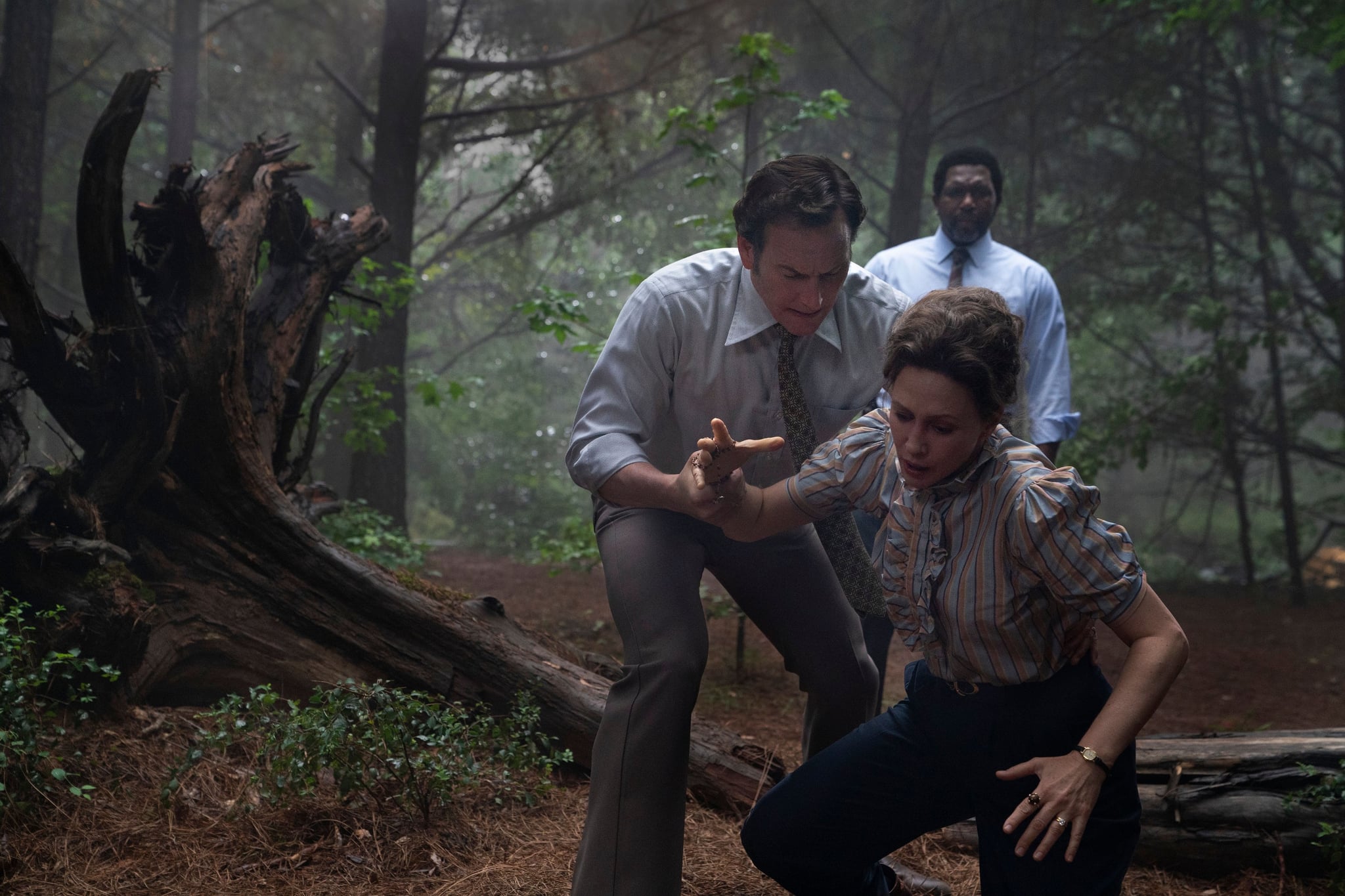 As its title suggests, The Conjuring: The Devil Made Me Do It (aka The Conjuring 3) deals with the real 1981 case involving Arne Cheyenne Johnson, a young man who claimed that demonic possession caused him to kill his landlord. The movie connects Johnson's case with that of two girls named Katie Lincoln and Jessica Louise Strong as Ed and Lorraine Warren search for clues relevant to Johnson's investigation. While very creepy, the story of Katie and Jessica isn't grounded in reality — they're both included in the movie to drive the narrative forward.

In real life, the Warrens first met Johnson when his girlfriend's brother, David Glatzel, started showing signs of demonic possession. Eventually, the evil spirits supposedly came into Johnson himself. In the movie version of the events, the Warrens take it upon themselves to investigate Johnson's case after he stabs his landlord Bruno Sauls 22 times. While poking around leads, they come across the brutal murder of Katie Lincoln, a young girl who was stabbed 22 times. When the Warrens hop onto the case, police are still trying to locate her best friend Jessica. Inside Jessica's home in Danvers, homicide detectives find a witch's totem similar to the one Lorraine discovers beneath the Glatzel home, the artifact Father Kastner claims is set up by an occultist. In a vision, Lorraine sees how Katie's friend Jessica murdered Katie before jumping off a cliff. Touching Jessica's corpse, she gets a feel for where the occultist is operating.

While they add layers to the Johnson case, Katie and Jessica aren't real, and neither is the occultist. Their appearances give the movie's plot structure and portray the Warrens as the protagonists in the story. The actual Warrens did indeed assist with managing David Glatzel's supposed demonic possession, but their involvement wasn't always welcomed by the Glatzel family. Lorraine Warren later helped Gerald Brittle write The Devil in Connecticut, a book that unpacks the "Devil Made Me Do It" case. Johnson and Debbie Glatzel have backed up the Warrens, but David and his brother Carl have asserted that the demonic-possession claim was a hoax exploiting David's mental illness. Suffice to say, The Conjuring 3 takes a lot of creative liberties despite being rooted in reality.

Image Source: Everett Collection
MoviesStreamingThe Conjuring: The Devil Made Me Do ItHBO Max