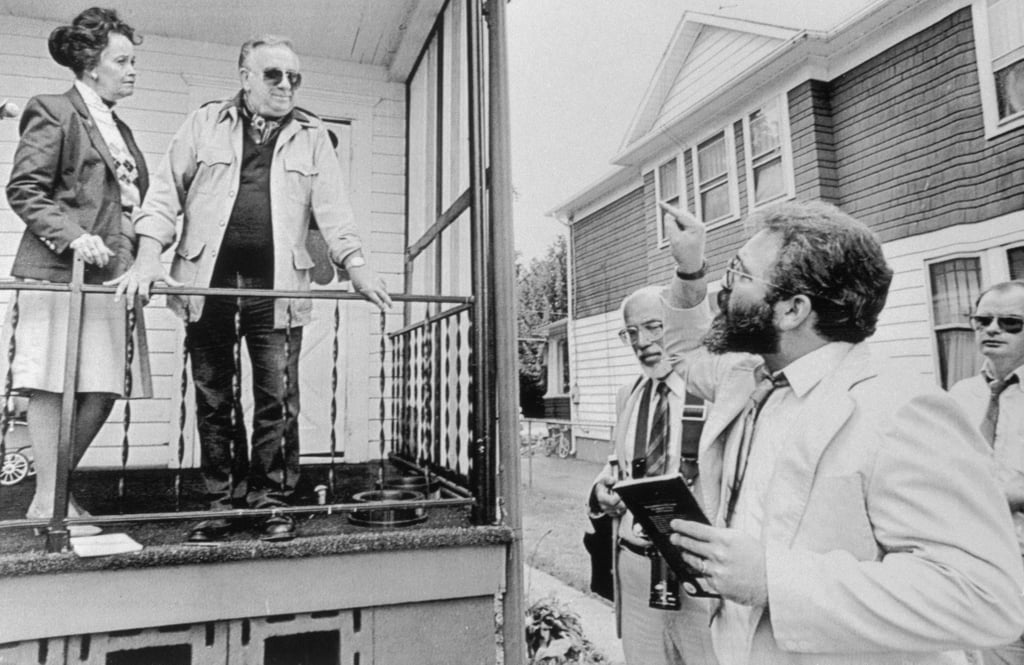 Suffice to say, there's no spookier power couple than Ed and Lorraine Warren. You might have heard of the demonologist husband and wife team from James Wan's Conjuring universe, in which Patrick Wilson and Vera Farmiga have infamously portrayed them over the past decade in films such as "The Conjuring" and "Annabelle Comes Home." Although they're best known for their paranormal cases from the '70s and '80s, the Warrens have forged a ghoulish legacy that remains strong in horror pop culture today.

What Do We Know About the Conjuring Universe's Future Projects?

It's no secret that the Conjuring franchise is a well-oiled machine at this point, and the Warrens' work has proven to be incredibly marketable and captivating to horror audiences. We last saw Wilson and Farmiga in "The Conjuring 3: The Devil Made Me Do It," and it seems inevitable that there will be more Conjuring-related stories to come. There's no news of a fourth Conjuring movie (yet), but per Deadline, Farmiga's sister, fellow scream queen Taissa Farmiga, will return to the Conjuring universe as Sister Irene in "The Nun 2" alongside Storm Reid.

A quick aside: while the films portray the Warrens as a pious, happy couple, it's important to note that the films are dramatizations. Most notably, there has been a serious postmortem allegation against Ed Warren for harboring a relationship with a minor, per The Hollywood Reporter.

The Warrens are no longer alive. Seventy-nine at the time of his death, Ed passed away in 2006 after 61 years of marriage to his wife, according to ABC. Per The New York Times, Lorraine passed away in her sleep in 2019 at 92, dying just months before the release of "Annabelle Comes Home." The film is dedicated to her memory.

If you're just getting familiar with the Warrens and their work in demonology, here are the cases that should be on your radar:

Over the past few decades, the Warrens and their cases have been portrayed in a handful of Hollywood films, most notably in the Conjuring movie franchise. Here are all the movies about the famous Ed and Lorraine Warren haunting cases:

And now, without further ado, let's get into the most iconic Ed and Lorraine Warren ghost cases. Get your holy water if you dare cross into the realm of spirits — ahead, we break down the stories made famous by the Warrens, from the haunted Amityville House to the creepy Annabelle doll