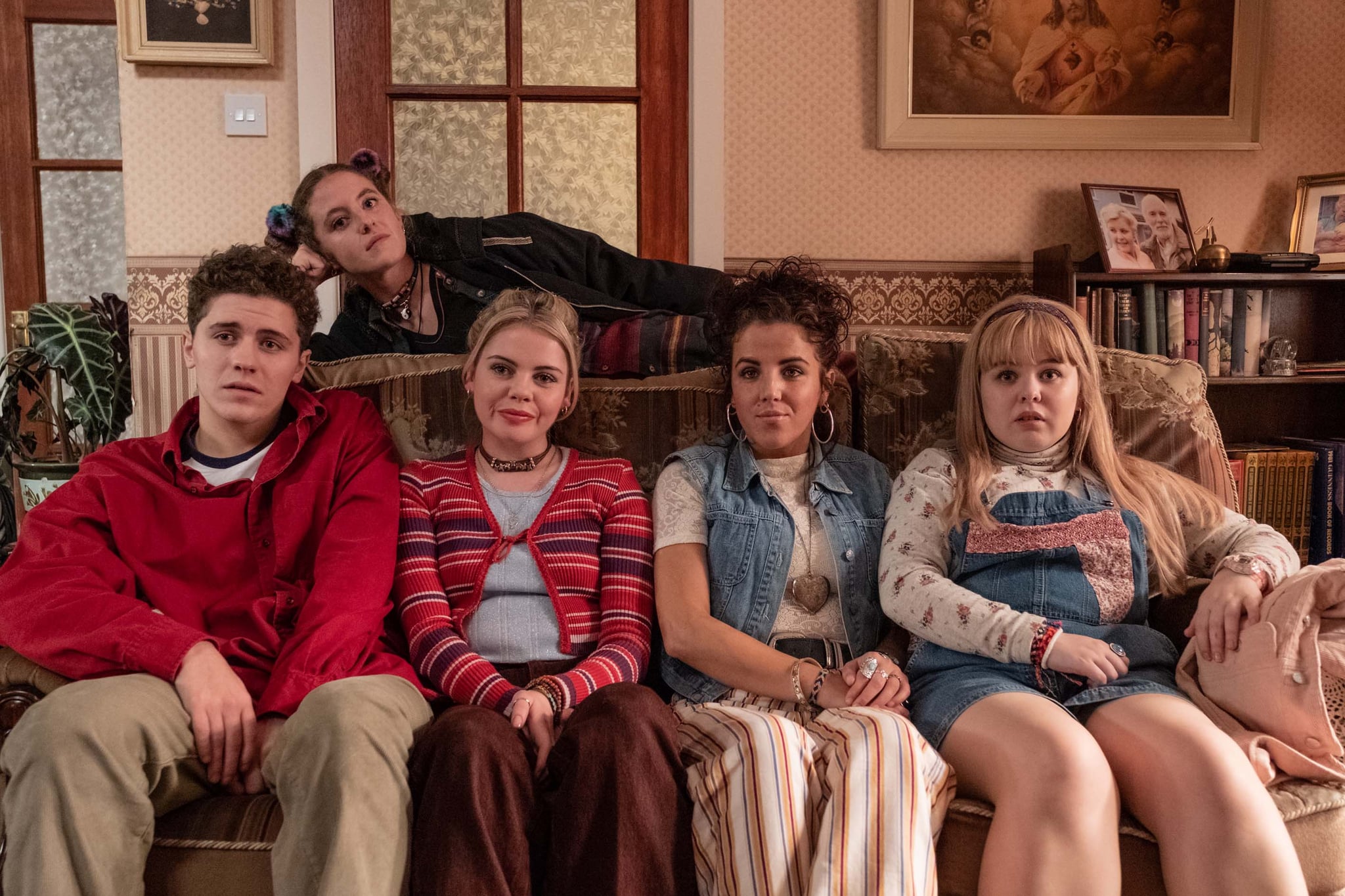 If there's one thing we love more than The Great British Baking show, it's their annual holiday specials. And this year, our favorite Irish lasses from Derry Girls will be taking over the tent for a one-off episode that'll see the cast competing for the title as Star Baker in the Great Festive Bake Off on New Year's Eve. The always-hilarious Nicola Coughlan announced the news on Twitter in November, confirming that yes, the special will also air in the US (on a yet-to-be-announced date), and yes, she still has nightmares about fondant icing.

🎂The News is Out!🎂#DerryGirls do #BakeOff!!!

Tune in on New Years Day to see if we burn down the tent 🍰 #GBBO pic.twitter.com/WXaqwRPB5q

The whole crew will be there, ready to ring in the New Year with the London Community Gospel Choir. Alongside Coughlan, Saoirse-Monica Jackson, Jamie-Lee O'Donnell, Siobhan McSweeney, and everyone's favourite wee British lad, Dylan Llewellyn will battle it out under the watchful eye of Prue Leith and Paul Hollywood. As always, the episode will be hosted by Noel Fielding and Sandy Toksvig, and we can already sense some soggy bottom jokes out of this funny lot.

The Great Festive Bake Off TV special will air in the UK on Channel 4 on Jan. 1, 2020, and frankly, we can't think of a better way to celebrate a brand new year. As for the US, there's no air date confirmed yet, but we're sure there will be soon.