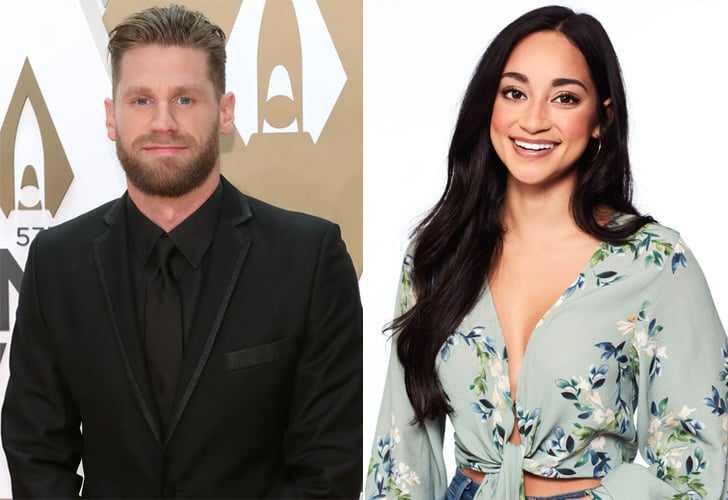 Prior to competing for Peter Weber's heart on The Bachelor, Victoria Fuller once had a romance with country singer Chase Rice. Even though Fuller and Rice are no longer together, the two reunited when Rice performed for Fuller and Weber on the show — because nothing is more awkward than your ex serenading you and your new love interest, right?

Following their date, Fuller came clean to Peter about her past with Rice. She told Peter that they dated, but she eventually broke it off because "his lifestyle" didn't match up with what she wanted in a relationship. While Fuller didn't specify how long they were together, Rice recently opened up about their short-lived romance on the Fitz in the Morning radio show ahead of the episode. "We spent a night together in Charlotte, she's a cool chick, from what I know of her," the North Carolina native said. "You know, I got no problem with her. I got no problem with him. You know, I knew she was going on the show."

When asked about his Bachelor appearance at the CMAs recently, Rice said ABC set him up. "They set everybody up. I didn't sign up for that," he said. "That's my problem with it. At the end of the day, they have a job to do. I don't have to be a part of that." Rice also made it very clear that he's moved on from Fuller, so don't expect a reconciliation. "There ain't no love triangle, I'll tell you that. The love is on their side," he added. However, it looks like Rice and Fuller may still be on good terms since she still follows him on Instagram.