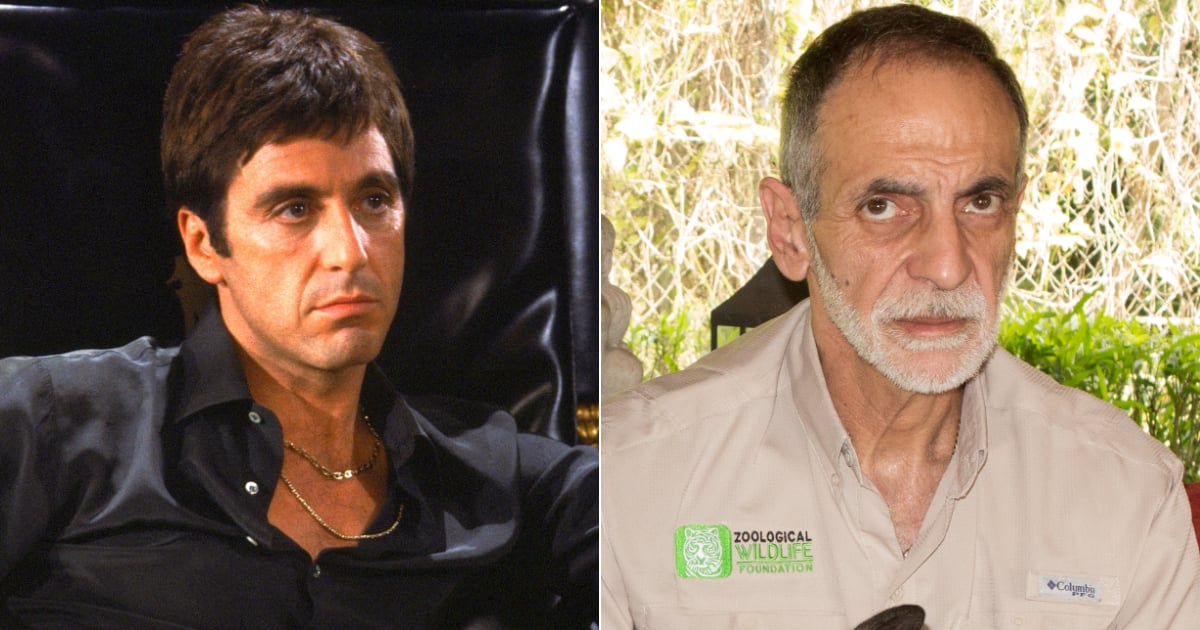 The stories from Tiger King keep getting wilder, and we need to talk about Mario Tabraue's claim that he was the inspiration for Scarface. The former drug dealer claims to have inspired the famous movie character — but is he telling the truth? We're taking a look at the evidence to try to find out how much of his claims are true.

Tabraue, the founder of Miami's Zoological Wildlife Foundation, makes an outright claim in the docuseries, saying, "sometimes they say that I'm the prototype for Scarface," aka Al Pacino's famous character in the 1983 movie of the same name. Clips of the movie are interspersed with Tabraue's story, presumably to highlight the connections between the two. While the clips certainly seem to paint a clear picture, the reality is probably a lot more complicated than that.

Although the 1983 Scarface is the one that's become an iconic part of film history, it's actually a remake of an older movie, which was made all the way back in 1932, so the general premise existed long before Tabraue. That being said, however, the 1983 version incorporated elements of the drug mafia world in 1980s Miami, and Tabraue was definitely part of that. In 1981, the FBI even raided a compound searching for Tabraue, who by this point was one of the most infamous mobsters in Miami. Knowing that the filmmakers looked to the Miami druglords specifically for inspiration, it's not all that difficult to believe that they would have lifted elements from Tabraue's life for their central character.

It's the details that really seem to support Tabraue's claim to be the "real" Scarface. The filmmakers gave their gangster character Tony Montana (aka "Scarface") a quirk of collecting exotic animals at his palatial estate, which was quite obviously part of Tabraue's life at the height of his power. A vicious chainsaw attack in the movie also appears to take inspiration from a similar murder of an informant on Tabraue's property in the 1980s, according to Screen Rant. A New York Times article about the takedown of Tabraue's drug ring recounted some of the details of the murder, which mirror scenes from Scarface. Ultimately, Tabraue was sentenced to 100 years in prison, but only served 12 after becoming an informant himself.

For now, Tabraue seems to have cleaned up his act, running the ZWF with a focus on genuine care for his animals, but he also seems pretty proud of the possibility that he inspired one of the most famous movie gangsters of all time.

Steve Martin
Steve Martin Announces Plans to Retire After "OMITB" Wraps: "This Is, Weirdly, It"
by Chanel Vargas 3 hours ago

The Tonight Show Starring Jimmy Fallon
So, Apparently Maitreyi Ramakrishnan Loves to Lie About Being Mindy Kaling's Cousin
by Victoria Edel 9 hours ago