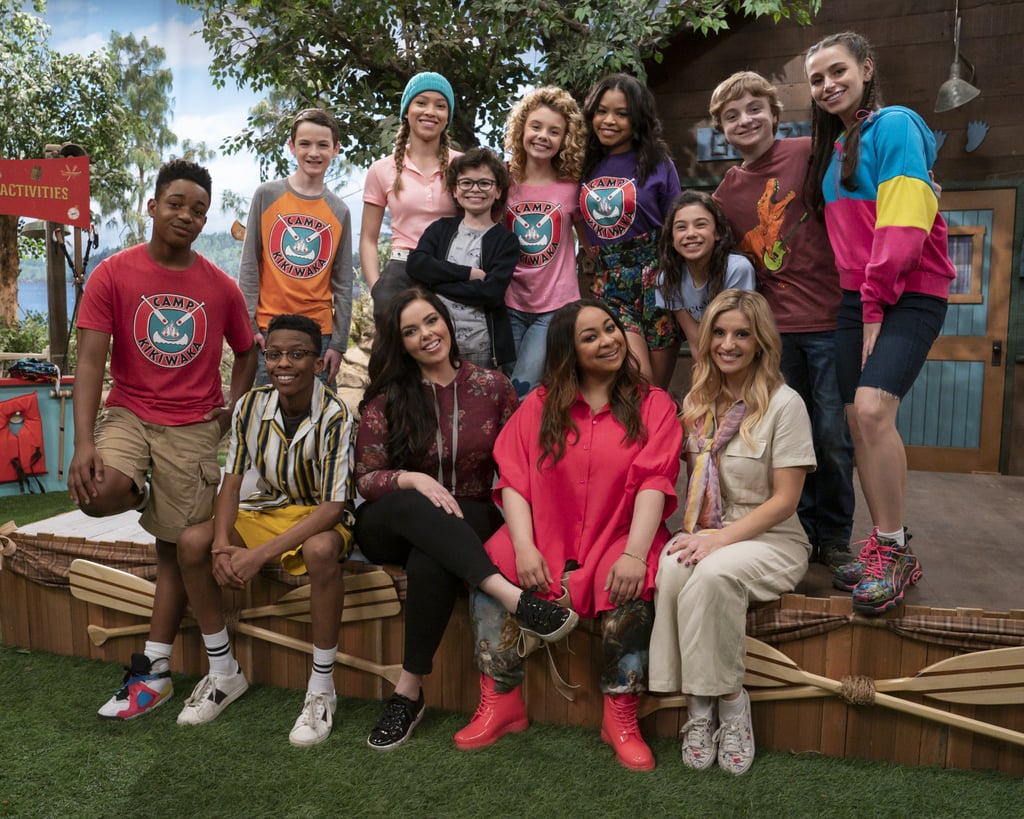 When it comes to crossover events, no one does it quite as well as Disney Channel. Over the years, the network has brought together some of their biggest shows and stars for exciting specials, including That's So Suite Life of Hannah Montana and Wizards on Deck with Hannah Montana. Now, Disney Channel is bringing that magic back with its latest crossover between Raven's Home and BUNK'D, which airs on July 24.

As Raven-Symoné puts it, the upcoming special will include everything you loved about the past crossovers. "You're bringing fun, excitement, adventure, funny together and putting it in the bowl and whippin' it up. I'm gonna add some chocolate, some pomegranate seeds, and then you bake it. And you put it out and put some whipped cream on top. And that is called, Raven About BUNK'D."

BUNK'D star Miranda May adds that the episode will be completely different from any episode of Raven's Home and BUNK'D. "It's a bigger adventure than I think either show has ever seen. It's an adventure with more people in one space than we've ever seen. And, it's an opportunity for all of these people to make new friends that we're already friends with and I think that makes it different than any other episode that we've done. So, it will be very fun to watch."

Related:
Oh, Snap! Rewatching That's So Raven as an Adult Is an Even Better Experience

Seeing that Raven was part of the very first Disney Channel crossover back in 2007, it's no doubt a little nostalgic for her. While she admits it's hard to pick a favorite memory from filming That's So Suite Life of Hannah Montana since it seems like it was "ages ago," she added that it was really fun getting to meet Miley Cyrus for the first time, working alongside Ashley Tisdale, Brenda Song, and Dylan and Cole Sprouse, and "seeing everybody in their element."

"It makes me feel really tingly and warm inside to know that I was a part of so many peoples's childhood growing up."

Raven is also grateful for the impact her character Raven Baxter has made on audiences over the years. "It makes me feel really tingly and warm inside to know that I was a part of so many peoples's childhood growing up," she said. "Sometimes it makes me feel a little bit of pressure because people are expecting me to be the person they grew up with, but I am a continuous, morphing human. It feels even better to be able to resurrect a character as an adult to show that progression of human life." Keep scrolling to look back at previous Disney Channel crossovers over the years.