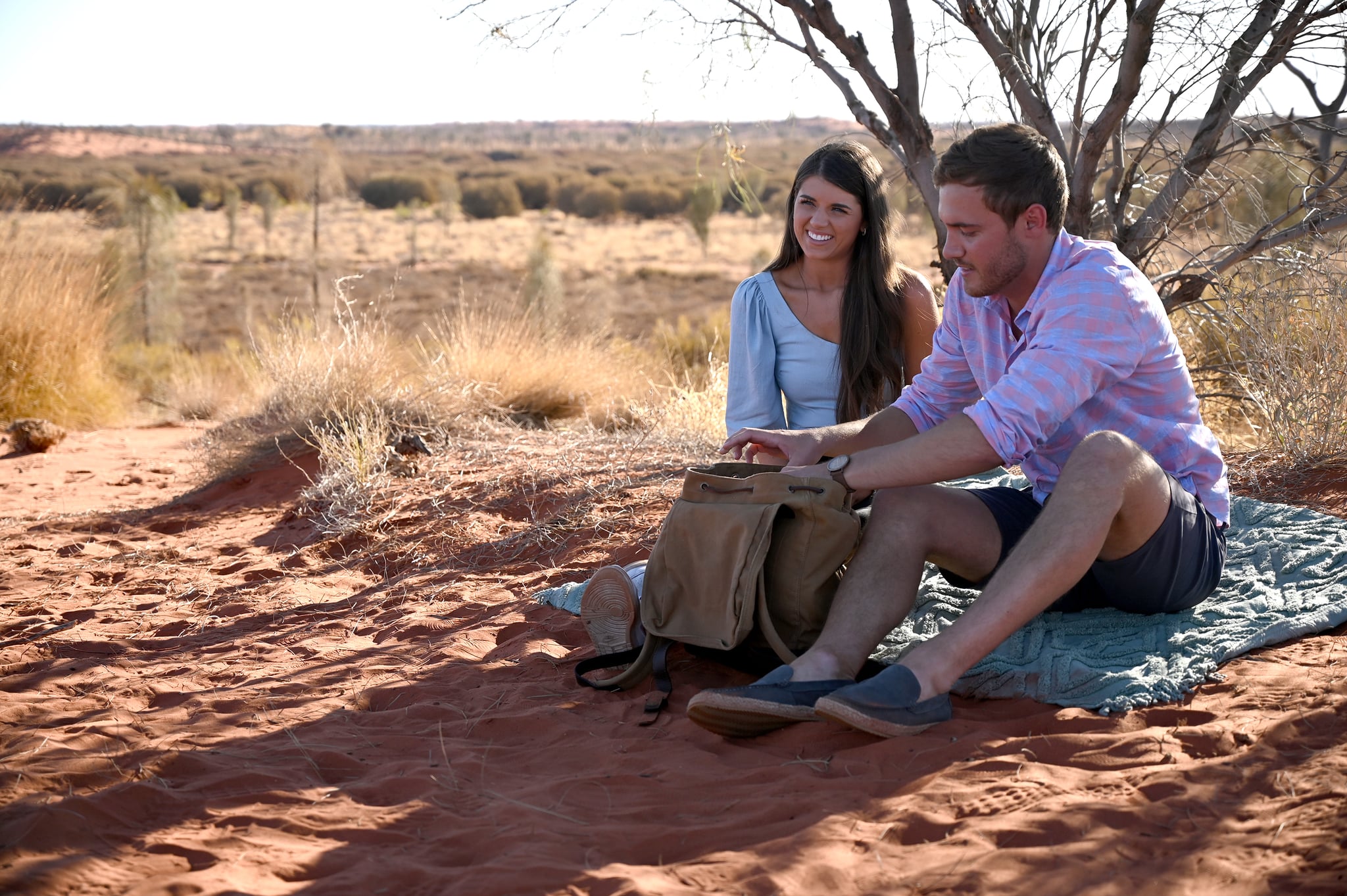 On this season of The Bachelor, Madison Prewitt has made it clear that she's abstaining from sex until marriage. But does Madison drink? The question was raised during Monday night's first half of the two-night season finale, when she and Peter mentioned her drinking sparkling apple juice during their date. Since the show very much plays into the cliche of being a little tipsy at times, it might have been surprising for some viewers.

According to ABC's senior vice president of Alternative Series, Specials & Late-Night Programming, Robert Mills, Madison actually doesn't drink. "Madi doesn't drink. Not a big thing with her. She just doesn't do it," he tweeted in reply to a journalist's question about the scene with the sparkling juice. Incidentally, this isn't the first time that drinking (or not drinking) has come up on this season. Not only did we have "Champagne-gate" earlier this season, centered on Kelsey's special bottle of champagne that got mixed up early on, but we also had a major conflict arise when Tammy caused drama by spreading rumors that Kelsey was drinking to excess during filming.

Unlike her decision to remain a virgin until marriage, Madison's choice about drinking is not played for any drama, thankfully; it's referenced but not in a cruel way or in a way to make fun of her. Instead, it's just a personal choice that's noted without any further commentary. While that's understandable, since it doesn't play a part in the "plot" of the show the way that sexual decisions do, it's still refreshing to see Madison's choice treated casually; drinking is so often stereotyped as part of "adulthood" and dating as adults, that it's surprisingly pleasant to see not drinking portrayed without any drama or judgment, even when she's dating someone who doesn't make the same choice. It remains to be seen if the other differences between Madison and Peter will ultimately be too much to overcome, or if love will conquer all of that in Tuesday night's season final and "After the Final Rose" special!