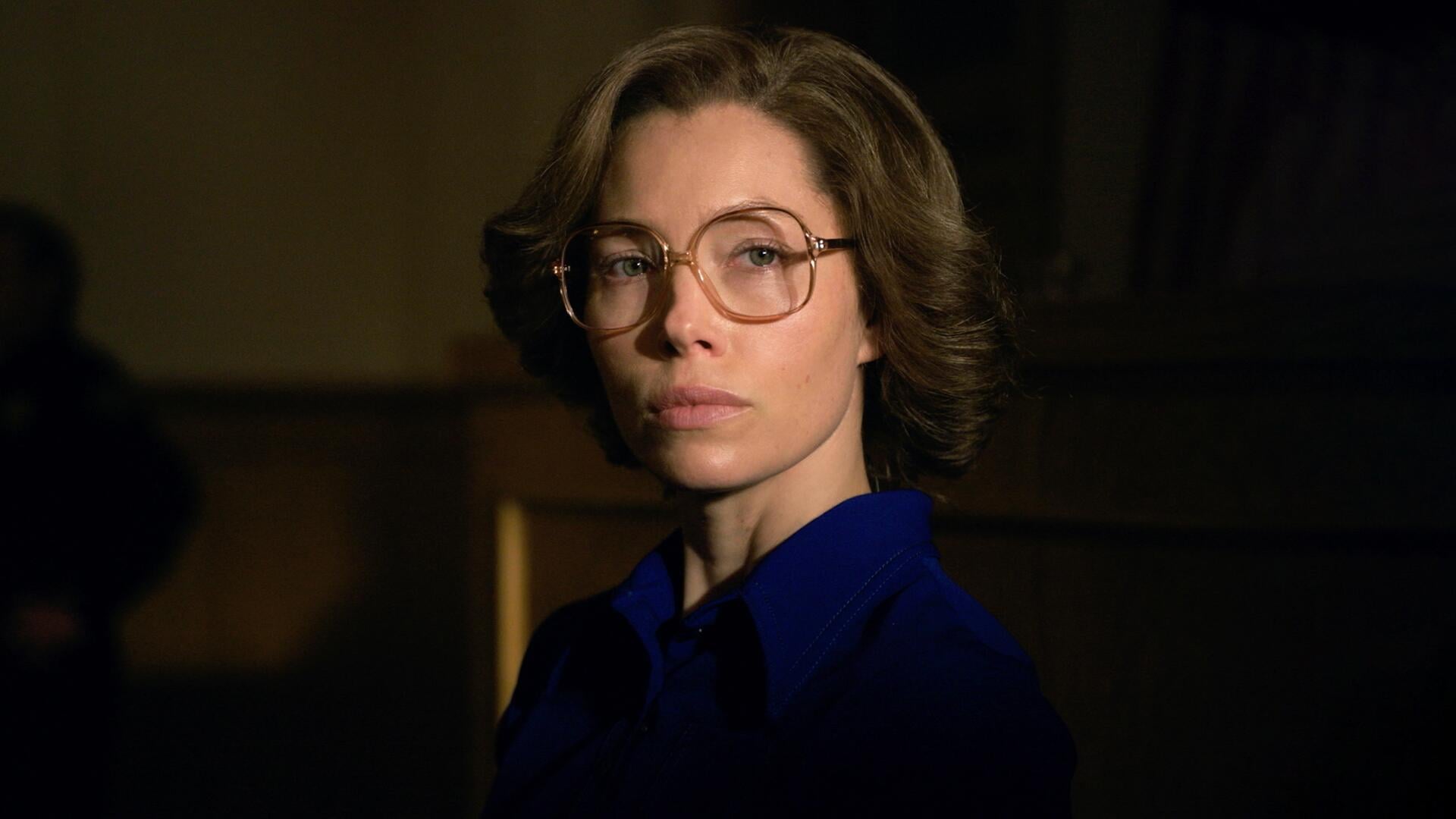 It's been over 40 years since Texas housewife Candy Montgomery killed her friend Betty Gore with an axe on June 13, 1980. In an upcoming limited series titled "Candy," Hulu will shine some light on the chilling events leading up to Gore's untimely death. Elisabeth Moss, who was originally set to play Candy, departed the project due to scheduling conflicts, and the title role will now be played by Jessica Biel, as seen in the series's teaser clips.

In the latest trailer, released on April 13, the series — which will also star Melanie Lynskey, Timothy Simons, Pablo Schreiber, and Raúl Esparza — offers more backstory on Candy before digging into Gore's murder. Overall, "Candy" will take a deeper look into what made this mother of two, with a loving husband and a beautiful suburban home, kill her friend. Find out more about the real killing of Gore and watch all of "Candy"'s trailers ahead.

Related:
The True Story Behind Hulu's "The Girl From Plainville"

How Did Candy Montgomery and Betty Gore Meet?

Candy was a loving mother and housewife in Wylie, TX, who spent her free time teaching others the word of the Bible. A devout churchgoer, Candy met Betty at the First United Methodist Church of Lucas, where the two formed a close friendship and eventually developed a mutual hatred for each other after Candy developed feelings for Betty's husband, Allan Gore.

Candy married Pat Montgomery, an electrical engineer at Texas Instruments, in the early '70s. Despite the fact that they were wealthy and Candy enjoyed being a housewife, she found herself incredibly bored at home. She first developed feelings for Allan during a church volleyball game in 1978, during which the two collided while making a move to hit the ball at the same time. After choir practice one day, the 28-year-old confessed her feelings to Allan, who told Candy he loved his wife too much to have an affair.

During that time, Betty taught elementary school in Wylie and was pregnant with her second child. Betty found it difficult to cope when her husband would leave her home alone to go away on frequent business trips, and Allan was unhappy with their predictable sex life, putting strain on their marriage. Nearly three weeks after Candy confessed her feelings to Allan, he called her on her 29th birthday and asked her to meet him at an auto repair shop in McKinney, TX. 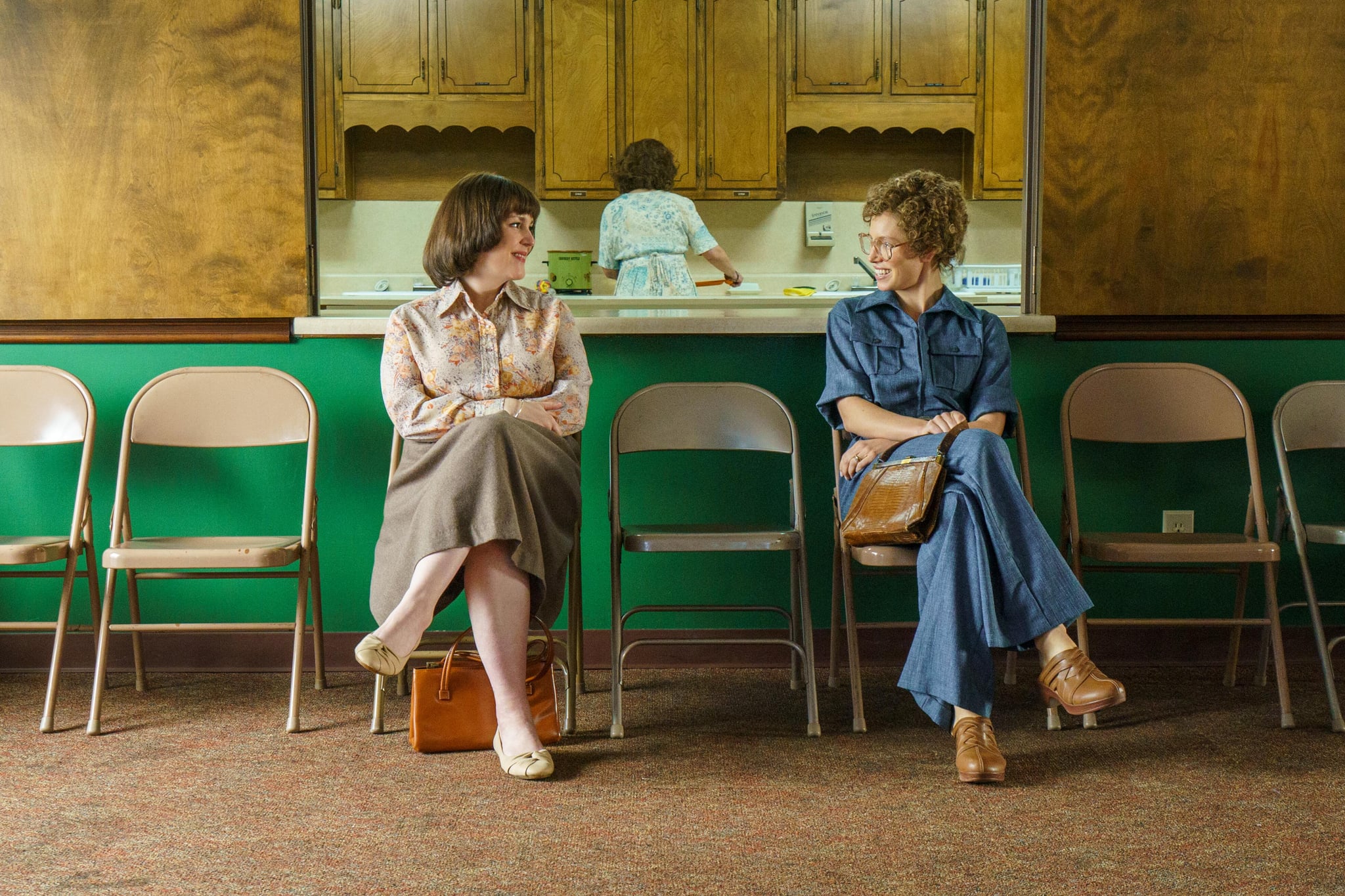 For weeks, the two discussed, at length, the rules of the affair and that there would be no emotional attachment involved. Finally, after careful planning, the affair began at the Continental Inn on Dec. 12, 1978. For the next four months, the lovers would meet up at the Como Motel every other week, taking great precautions to keep their affair hidden from their spouses. At the same time, Candy continued to play the perfect housewife, held play dates between her children and the Gore kids, and even threw Betty a baby shower.

Over the next several months, Candy and Allan continued their affair, sneaking off whenever possible. However, their rendezvouses became less and less frequent once Betty gave birth. Feeling guilty about lying to Betty and Pat, Candy suggested ending the affair. They decided to think it over without making a final decision. Meanwhile, Betty had begun noticing changes in her husband and felt deeply depressed by his lack of desire to have sex with her. She complained of aches and pains and began to take prescription painkillers to soothe her anxieties. Soon afterward, Betty and Allan attended a marriage counseling session at their church, which helped them understand each other more clearly and resulted in Allan and Candy calling off their affair shortly thereafter.

The Killing of Betty Gore

On the night of Friday, June 13, 1980, Allan was away for a business trip and found it strange that his wife — who hated being left home alone — was not answering his phone calls. Slightly concerned, he asked his neighbor Richard Parker to knock on the front door and see if Betty was home, according to Texas Monthly. Betty did not answer, so Allan called Candy to see if she'd heard from Betty that day. Candy insisted Betty seemed fine when she saw her earlier that day and assured Allan nothing was wrong.

Related:
Wondering What Anthony Strangis Is Up to in 2022? Here's an Update

After a few more phone calls, Allan grew more concerned and stayed on the phone with his friends to receive updates as they investigated further into Betty's potential disappearance. At home, both cars were in the garage and the lights were on, making it all the more strange that Betty wouldn't answer. Several hours after Allan first suspected something was wrong, his search party of neighbors entered the home, where they came across the Gores' baby daughter, Bethany, in her crib and Betty's dead body in the utility room.

Devastated by the news, Allan called Candy, who was babysitting his other daughter, Alisa, at the time, and sought comfort in her. After some investigation, the police found a bloody footprint at the crime scene, and the news quickly spread all over town. As soon as Candy heard about the footprint, she set to work destroying the soles of her favorite summer sandals with a pair of garden shears.

The Investigation and Aftermath

Candy quickly became the main suspect in the case of Betty's death after her own report that she was the last one to see Betty alive. Candy's story about the day's events gave the police no reason to believe she was the true killer until Allan eventually admitted that he had ended an affair with Candy several months earlier, giving her a motive to commit murder. Candy was charged with murder and was soon released on bail.

Despite her potential involvement in the case, Candy received wholehearted support from the church and soon hired Don Crowder, a lawyer she knew from the church, to represent her in the case. In order to help Candy better remember the events that took place on June 13, 1980, she and Crowder hired Dr. Fred Fason, a psychiatrist and clinical hypnotist. After a few hypnosis sessions, Dr. Fason determined that Candy was suffering from deep-rooted childhood trauma that had triggered immense rage within her as an adult.

In court, Candy claimed that Betty had confronted her about her affair with Allan the morning of her death. According to Candy's claims, Betty attacked her with a three-foot-long axe in the Gore home and demanded she never see Allan again. After a short struggle in the utility room that resulted in a gash in Candy's toe, she took advantage of Betty's poor aim and gained control of the axe just as Betty lost her balance. Filled with her own rage, Candy brought the blade of the axe down on the back of Betty's head. While the blow was serious, Betty was not dead, and the two women struggled back and forth for control of the axe for several minutes until Candy grabbed the handle and used the last of her strength to kill Betty, leaving her with 41 axe wounds. The trial lasted a few more days, but Candy was eventually found not guilty.

The case later inspired "A Killing in a Small Town," a television movie that originally premiered on CBS on Tuesday, May 22, 1990. Watch all three trailers for "Candy," a retelling of Candy's story, ahead, and check out the full series when it streams on Hulu beginning on May 9.