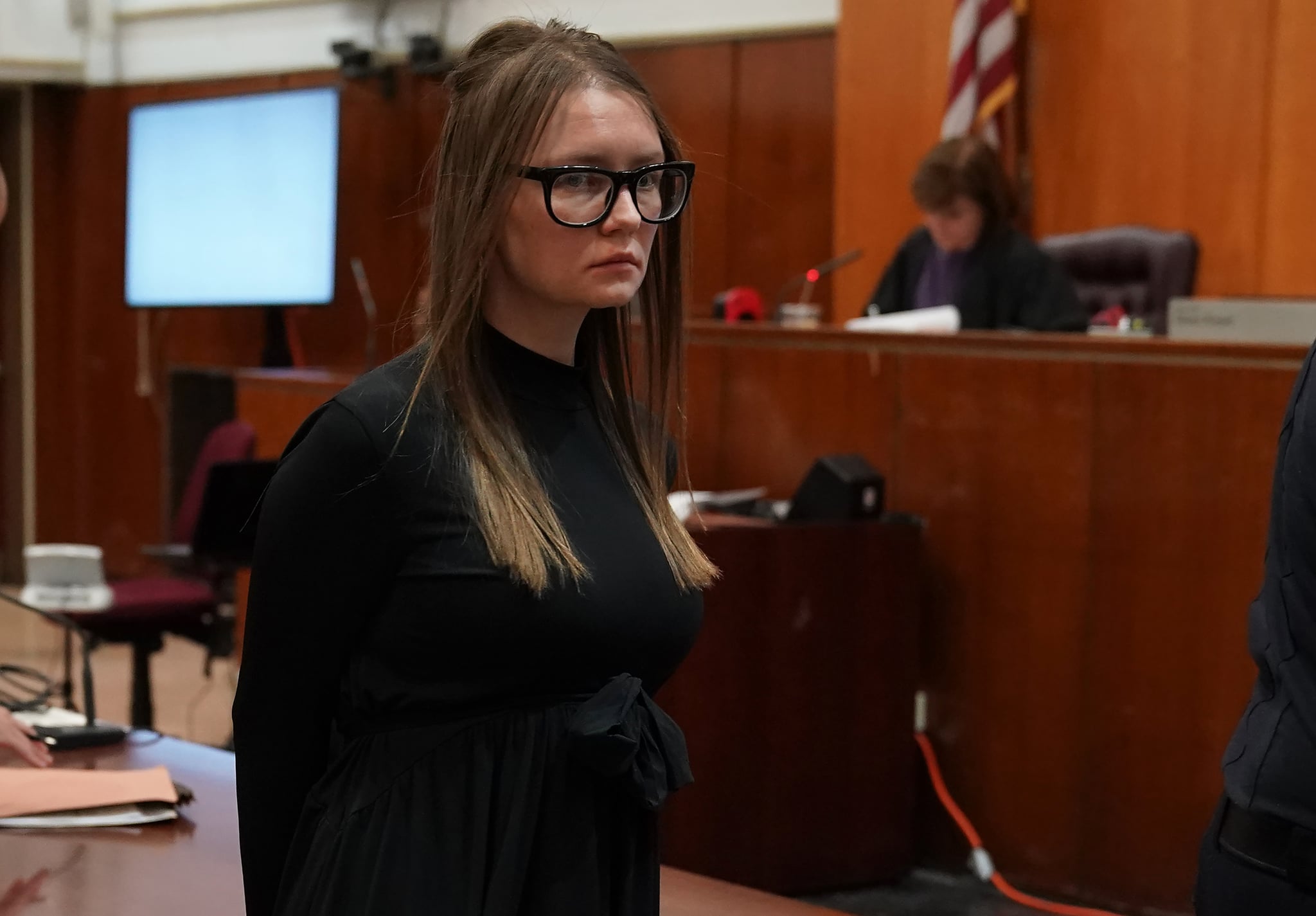 From "Hustlers" to "The Inventor", we've been seeing a slew of women scammers in pop culture recently. The latest grifter to get the onscreen treatment is none other than fake heiress Anna Delvey — born Anna Sorokin — an NYC "socialite" who stole money from her friends to keep up with her fake, lavish lifestyle.

Shonda Rhimes snagged the rights to the New York Magazine story about Sorokin along with a bountiful Netflix deal, so while we await actress Julia Garner's take on Sorokin/Delvey in the upcoming series "Inventing Anna" (set to release on Feb. 11), it's time we catch up on where, exactly, the real NYC con artist has been since her scams fell through.

Let's first talk about Sorokin's origin story. Sorokin first arrived in New York City in 2013 at age 22, telling acquaintances that her father was everything from an oil-industry titan to a Russian diplomat (he was actually a former trucker in rural Germany). Her claims of a 60-million euro trust fund ushered her into the city's elite social circles. The con artist attended fancy parties, rode private jets, tipped exorbitantly, and made plans to set up an art club called the Anna Delvey Foundation. In addition to scamming friends for thousands of dollars, Sorokin forged bank statements and deposited bad checks, taking out money before they bounced.

Her scheming days came to an end in 2017 when a friend reported her shady behavior to an assistant district attorney to pursue legal action after Delvey stole dozens of thousands of dollars from her. Before her sketchy activities stopped, Sorokin took from friends, businesses, and banks an approximate $275,000.

Found guilty for grand larceny and theft of services, Sorokin learned her sentence on May 9, 2019, after a brief trial. She received four to 12 years in prison, needed to pay $199,000 in restitution, and was fined $24,000. She spent close to two years in prison, where she accumulated over 13 infractions for fighting and disobedience. She also planned to write two memoirs: one on her misadventures in New York and another on her time in prison.

Anna was released from prison on Feb. 11, 2021, at which point she promptly returned to posting regularly on Instagram, notably making light of her time in prison and flexing a recent influx of cash.

Unfortunately (for Sorokin), her freedom was short-lived. She was taken back into custody that March by Immigration and Customs Enforcement for overstaying her visa in the US. According to an October 2021 ABC report, she was being held in ICE custody awaiting deportation. As of March 14, 2022, Sorokin has been released from New York's Orange County Correctional Facility and will be deported from the US to Germany, The New York Times reports.

Netflix reportedly paid Sorokin $100,000, plus $15,000 per episode for consulting and $7,500 in royalty fees, to make an adaptation of her story, but the state of New York invoked the Son of Sam law, which prevents criminals from profiting off of their crimes. Judge Diane Kiesel has signed a restitution order for $198,956.19, which would go toward paying back the banks that Sorokin scammed.

Sorokin hasn't shown remorse for her crimes, telling The New York Times, "I'd be lying to you and to everyone else and to myself if I said I was sorry for anything."