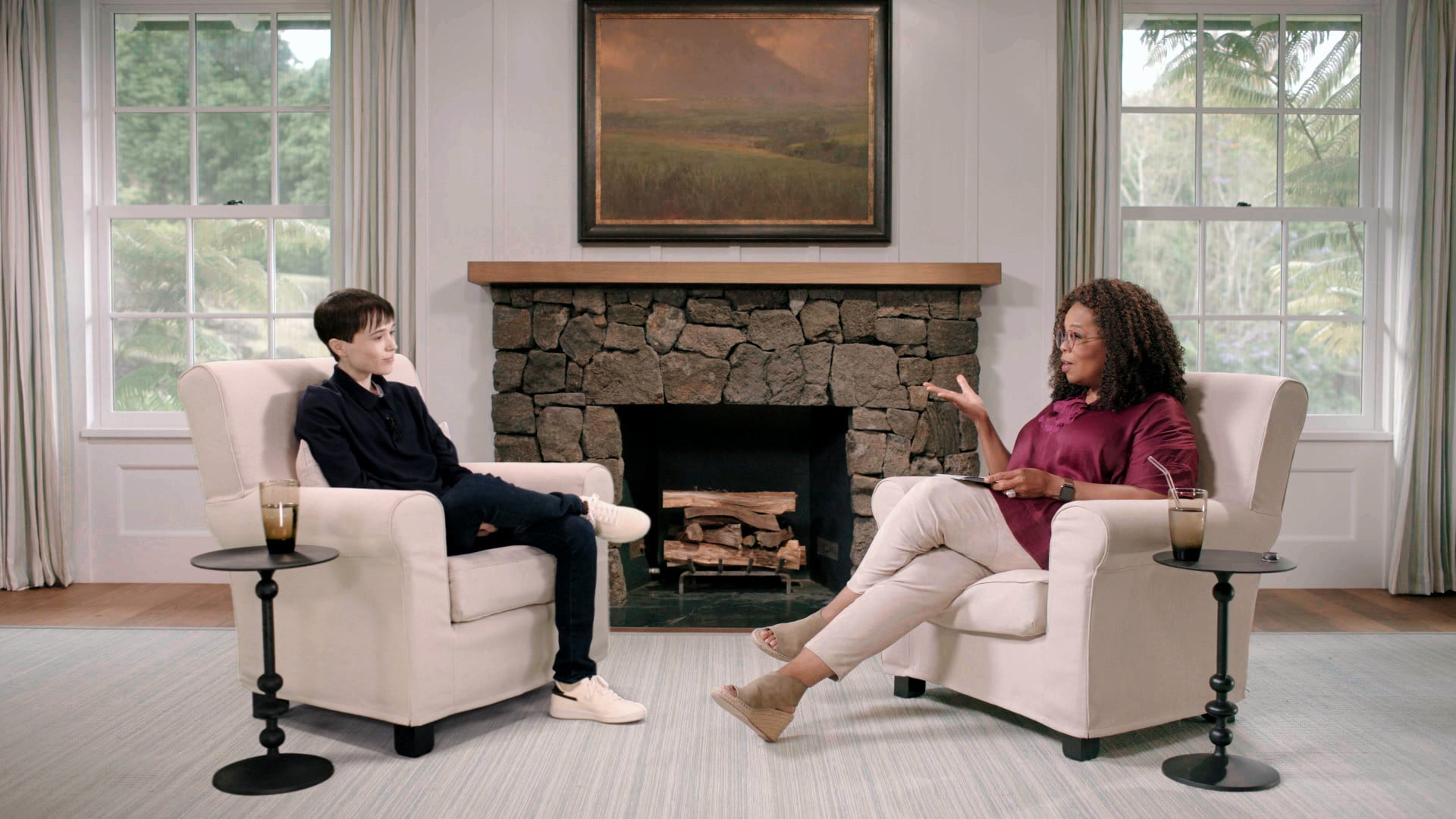 Elliot Page sat down with Oprah Winfrey for his first television interview since coming out as transgender. In the latest episode of The Oprah Conversation, which aired on April 30 on Apple TV+, Elliot discussed the moments leading up to publicly sharing his identity as a transgender man on Instagram. "I was expressing this to people in my life much before posting that letter," he told Oprah. "Telling people for the first time, knowing I wanted a moment, of course, to become comfortable in myself and to be able to get to that point."

After dealing with his own mental health issues as a result of being "closeted so long," Elliot said it was especially important for him to come out to potentially help other people in the transgender community. "With this platform I have, the privilege that I have, and knowing the pain and the difficulties and struggles that I have faced in my life, let alone what so many other people are facing, it absolutely felt just crucial and important for me to share that."

"Knowing the pain and the difficulties and struggles that I have faced in my life, let alone what so many other people are facing, it absolutely felt just crucial and important for me to share that."

During his conversation with Oprah, Elliot further described the anxiety he felt growing up in the spotlight. "There was so much press and so many premieres all around the world, and I was wearing dresses and heels to pretty much every single event," Elliot said, noting that he actually collapsed after the premiere of Inception. "I lost it, it was like a cinematic moment. That night, after the premiere at the afterparty, I collapsed. That's something that's happened frequently in my life, usually corresponding with a panic attack."

He added that the success of Juno was especially hard to process. "That was a pretty intense time," he said. "I remember it felt so impossible to communicate with people how unwell I was because obviously there is so much excitement. The film unexpectedly became a big hit, I became quite known, all these things, and I felt I couldn't express just the degree of pain I was in. So the Oscars, for example, I could not look at a photo from that red carpet. People might watch this and say, 'Oh my gosh, this person is crying about the night they went to the Oscars.' And I think again that prevents the ability to allow yourself to not just feel the pain but reflect on the pain, to even begin to sit down and bring it all up and finally confront all of that."

In an interview with Vanity Fair, Elliot explained his decision to sit down with Oprah for an interview. "It was something I needed to sit with for a moment, because the backlash right now is so intense," Elliot said. "But the rhetoric coming from anti-trans activists and anti-LGBTQ activists — it's devastating. These bills are going to be responsible for the death of children. It is that simple. So [talking to Oprah] felt like an opportunity to use a wide-reaching platform to speak from my heart about some of my experience and the resources I've been able to access — whether therapy or surgery — that have allowed me to be alive, to live my life."

You can watch Elliot's full interview with Oprah on Apple TV+.