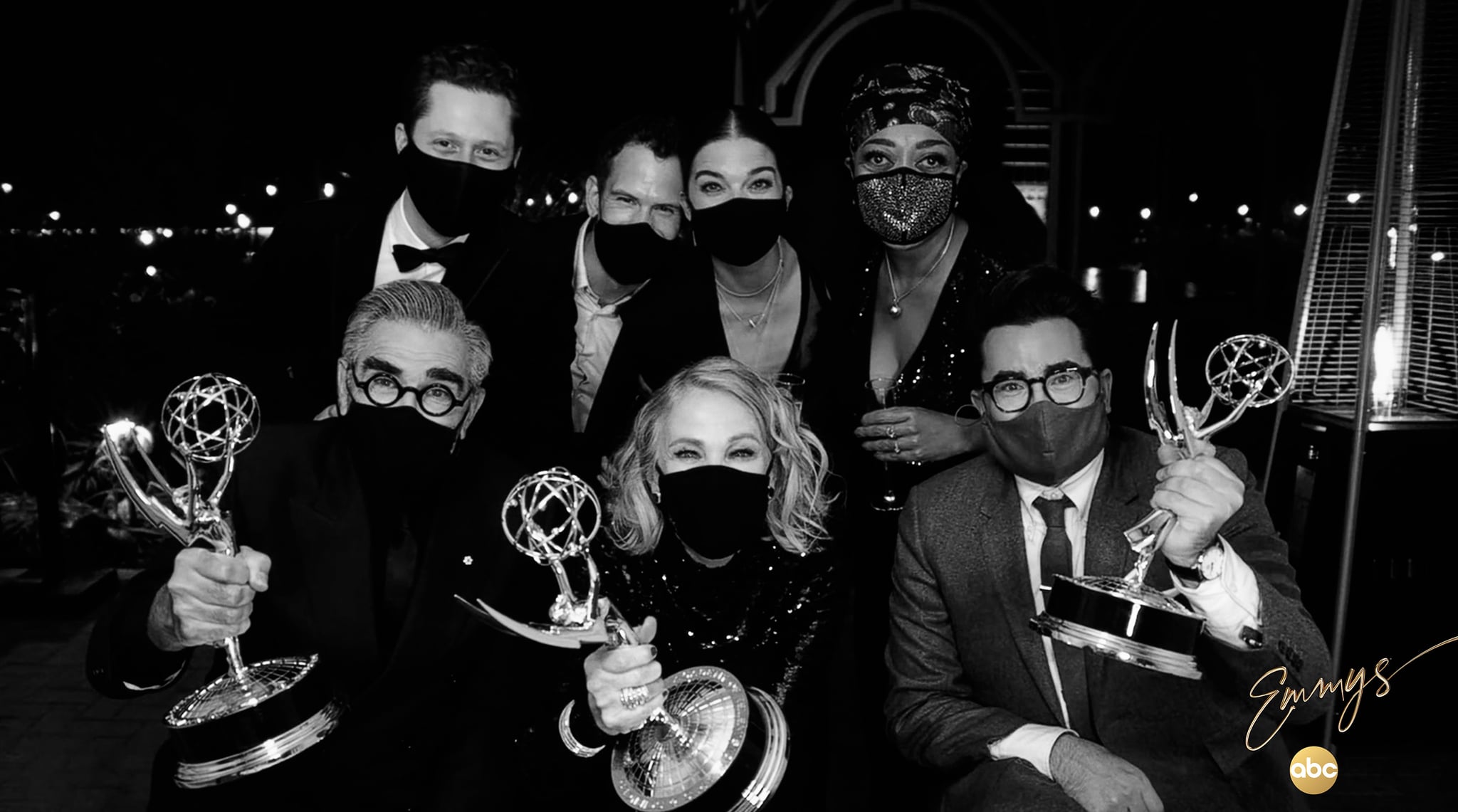 The Schitt's Creek cast swept up a ton of awards during the Emmys on Sunday, but it wasn't the first win for Eugene Levy and Catherine O'Hara. The longtime friends, who play onscreen couple Johnny and Moira Rose on the hit series, have been working together since the '70s and actually earned their first Emmy together. In 1982, they took outstanding writing in a variety or music program for their work on the Canadian television sketch comedy show Second City Television.