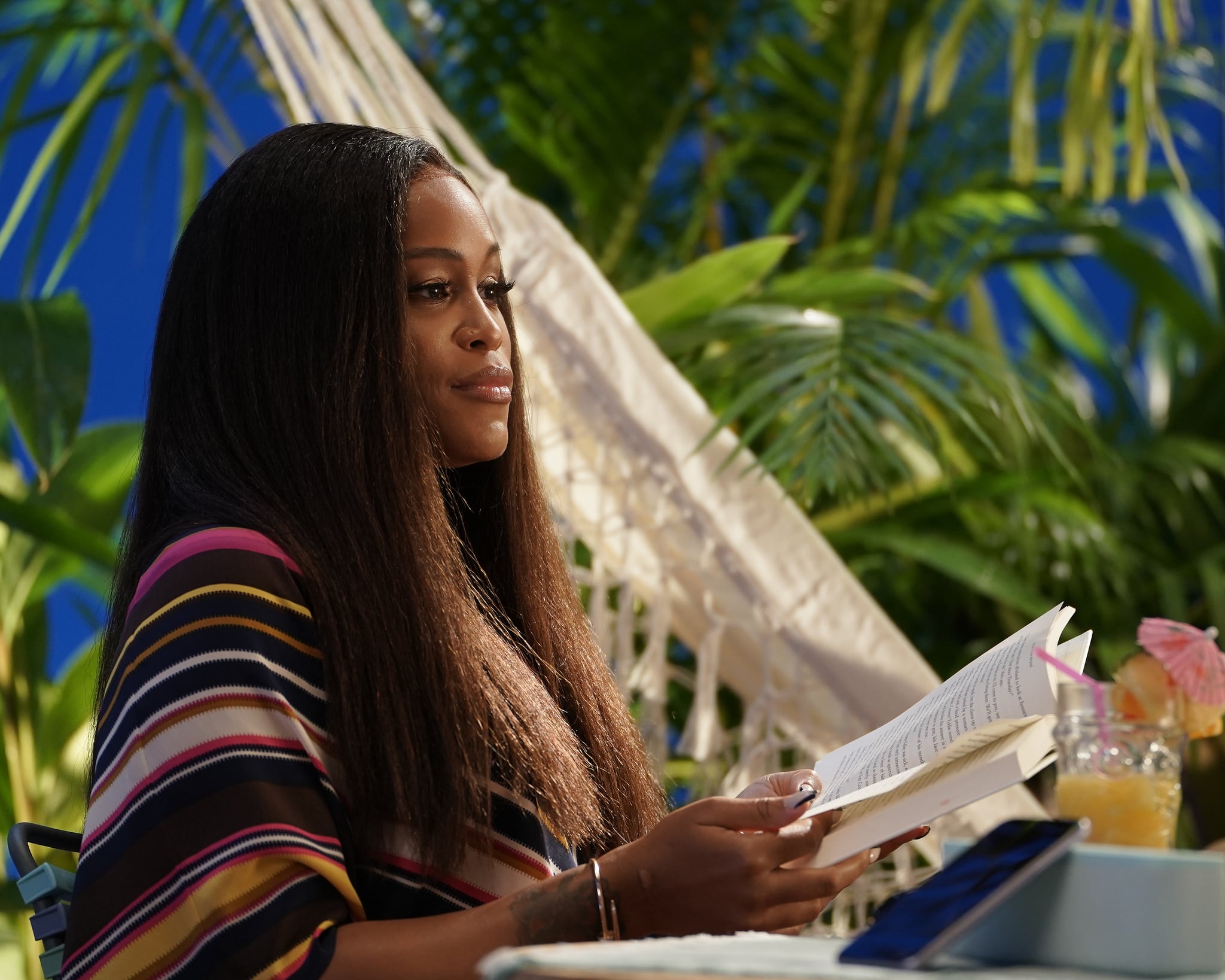 One of the best parts about tuning in to ABC's Queens is witnessing rapper Eve return to her roots. After all, the musical drama series follows a legendary female hip-hop group (aka the Nasty B*tches) trying to reclaim their throne. However, following the exciting news that Eve and her husband, Maximillion Cooper, are expecting their first child in February, Queens fans are wondering about the rapper's future on the show. According to Deadline, Eve filmed several scenes before taking maternity leave, allowing her to appear in most of season one, which premiered in October 2021.

As for her character Brianna's storyline, there will be an open-exit, making a return seamless and possible if Queens gets picked up for a second season. In the midseason finale on Dec. 12, we learn that Brianna is in critical condition after being shot by a masked gunman, who's later revealed as Jill's (Naturi Naughton) ex-husband, Darren (Emerson Brooks). She flatlines during a risky surgery before we hear the heart monitor pick back up. Within the first few seconds of episode nine, which aired on Jan. 4, Jill, Naomi (Brandy), Valeria (Nadine E. Velázquez), Lauren (Pepi Sonuga), and Eric (Taylor Sele) are standing in front of Brianna's gravestone, mourning her death. At the very last moment though, it's revealed that Brianna isn't actually dead. From the looks of it, she's faked her own death and is now living in Piedras Blancas, Costa Rica, with her five children. So what's really going on?

In a recent Deadline interview, Queens creator Zahir McGhee hinted at Brianna's fate as well as Eve's future on the show. "When Eve told me she was pregnant, we were extremely happy for her," he told Deadline. ". . . The cast and crew wanted to give her the space to enjoy this incredible time. We will continue to build the story as people will see in episode nine, and she will remain present in the minds of our characters." Eve's costars Brandy, Naughton, and Velázquez are also supportive as she prepares for the birth of her first child. "Sometimes on set if I was really tired, Naturi would speak up for me and so would Brandy, like, 'C'mom guys, you know she's pregnant,'" Eve told Essence. "That was really nice to have people who understood my position."

In October, Eve announced her pregnancy via Instagram. "Can you believe it @mrgumball3000 we finally get to tell everyone!!!!! ❤️," she captioned a photo of herself cradling her growing baby bump. "You all know how long we've been waiting for this blessing!!! We get to meet our lil human February 2022."

The Grammy-winning rapper has opened up about her fertility issues in the past. "As a woman, you just think things happen naturally and I felt like I was damaged. I felt like I was broken . . . The more I held onto it, the worse I actually felt about about myself," she told Essence's Yes, Girl podcast. "And, since I've shared [my experience], people have been so sweet to me. Even in the audience, people have actually come to me and hugged me and said, 'You deserve it. It's going to happen for you.'"