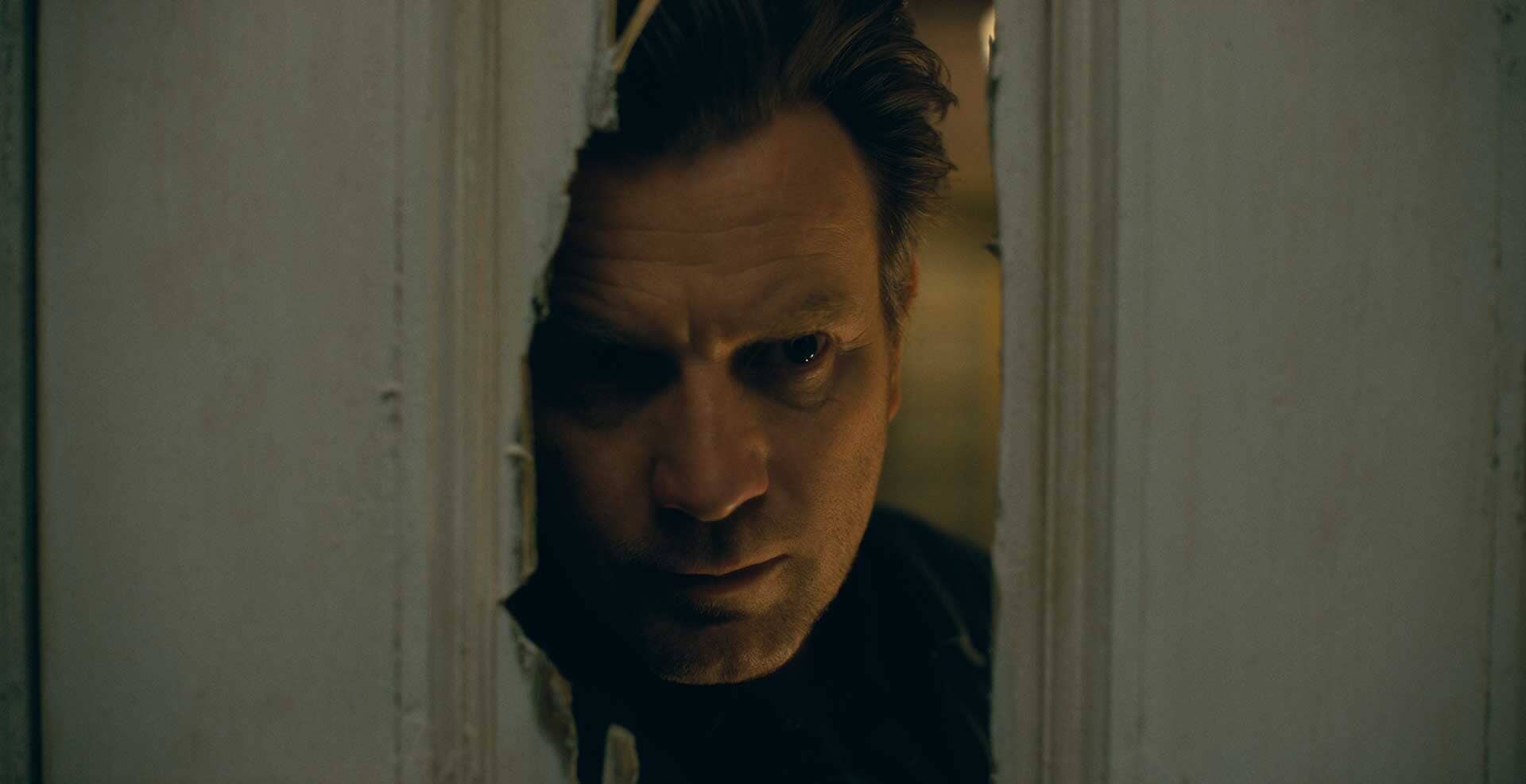 Whether you loved it or hated it, you have to admit that Stanley Kubrick's 1980 film, The Shining, is one of the most iconic screen adaptations of Stephen King's work. (Infamously, King falls in the latter camp.) Nearly 40 years later, writer-director Mike Flanagan is heading back to the Overlook Hotel with his new movie Doctor Sleep, which hits theaters this week. In the trailer for the movie, you may notice throwbacks to the 1980 Kubrick classic, including a scene in which Ewan McGregor peeks through the same door Jack Nicholson takes an axe to in The Shining, when he graces us with his iconic phrase, "Here's Johnny." But if you aren't super familiar with King's novels, you might be wondering exactly how Doctor Sleep is connected to The Shining.

Doctor Sleep is based on King's 2013 follow-up to the original novel, which he wrote in 1977. The Shining is centered on Jack Torrance, his wife, Wendy, and their young son, Danny. "Evil forces residing in the Overlook — which has a long and violent history — covet young Danny for his precognitive powers and exploit Jack's weaknesses to try to claim the boy," reads the official synopsis for the book.

Throughout the novel, Danny, Jack, and the hotel's chef, Dick Halloran, are all portrayed to have the "shine," a psychic ability that allows them to experience the feelings and thoughts of other people and ghosts. Jack falls under the psychic spell of the evil ghosts that live in the Outlook Hotel, which is why he goes mad and tries to murder his wife and son. At the end of the book, when Danny and Wendy escape, an explosion in the hotel kills Jack. (In Kubrick's film version, Jack freezes to death after attempting to hunt down Danny in the hotel's outdoor maze.) 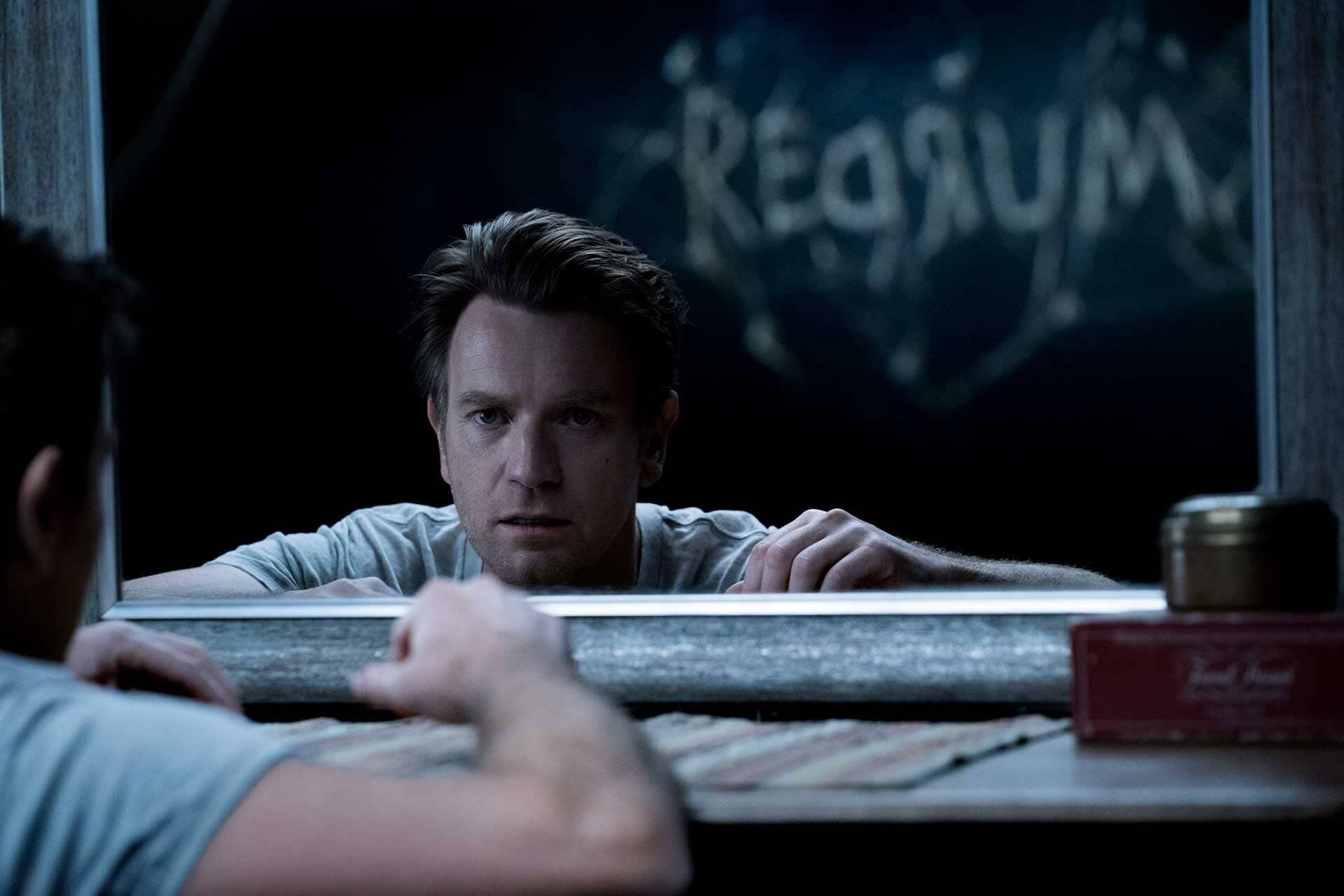 Doctor Sleep picks up with Danny as a grown man, who, with the help of Dick, has honed his "shine" so he can use it to help spirits find peace after death. "Haunted by the inhabitants of the Overlook Hotel where he spent one horrific childhood year, Dan has been drifting for decades, desperate to shed his father's legacy of despair, alcoholism, and violence," reads the synopsis for the novel. "Finally, he settles in a New Hampshire town, an AA community that sustains him, and a job at a nursing home where his remnant 'shining' power provides the crucial final comfort to the dying. Aided by a prescient cat, he becomes 'Doctor Sleep.'"

While both films are adaptations of King's novels and are based on the same characters and ongoing storyline, only one of them got an official thumbs up from the author. King has been outspoken about his dislike for Kubrick's The Shining for decades. "Too cold," he said in a 2006 interview with The Paris Review. "No sense of emotional investment in the family whatsoever on his part. I used to call it a Cadillac with no engine in it."

But for Doctor Sleep, Flanagan worked alongside King and has gotten the author's complete seal of approval. "I read the script to this one very, very carefully," King told Entertainment Weekly in a recent interview. "Because obviously I wanted to do a good job with the sequel, because people knew the book The Shining, and I thought, I don't want to screw this up. Mike Flanagan, I've enjoyed all his movies, and I've worked with him before on Gerald's Game. So, I read the script very, very carefully and I said to myself, 'Everything that I ever disliked about the Kubrick version of The Shining is redeemed for me here."