I have always been fat. The only time I've ever been a size zero was during the fourth grade. While my friends were shopping the latest trends at Limited Too, I was trying to find something from the women's section that wouldn't make me look like a 30-year-old trapped in a 10-year-old's body. It didn't take long for me to figure out that it was a lot easier to be the funny fat girl than it was to be the one simply trying to live her life. After all, it hurts a lot less when you're the butt of your own joke. Did I come to this realization by myself as an extremely wise middle schooler? If you guessed no, you'd be correct. I took my cues from how my favorite movies and TV shows treated their fat characters because that was the easiest way to figure out what was considered socially acceptable.

It's really just a demonstration of lazy writing coupled with a misguided attempt at character development.

It took the discussion about why the portrayal of Thor as fat in Avengers: Endgame could be considered fatphobic for me to realize that I had quite a bit of internalized fatphobia I needed to unpack. I had laughed at the jokes thrown Thor's way and it didn't even cross my mind that the other Avengers' quips might be fat-shaming. Seeing how "Fat Thor" could be problematic made me reevaluate a lot of the jokes and storylines I found funny or entertaining over the years. Turns out, they're actually not that funny or entertaining and I might've just been laughing to fit in with my friends. This journey of self-discovery also made me register Friends' "Fat Monica" character in a whole new light.

When Fat Monica appears on the show, if she's not playing into fat stereotypes — like always having food in hand or eating sloppily — she's viewed as this monstrosity that can only be happy if she loses weight. Even in the alternate timeline, where Monica doesn't lose weight to get revenge on Chandler, she's still an object of humiliation. Growing up, I viewed her through the lens of the other Friends characters, laughing at her expense and believing she really was this large woman whose life is better once she drops the weight. I now know it's really just a demonstration of lazy writing coupled with a misguided attempt at character development. 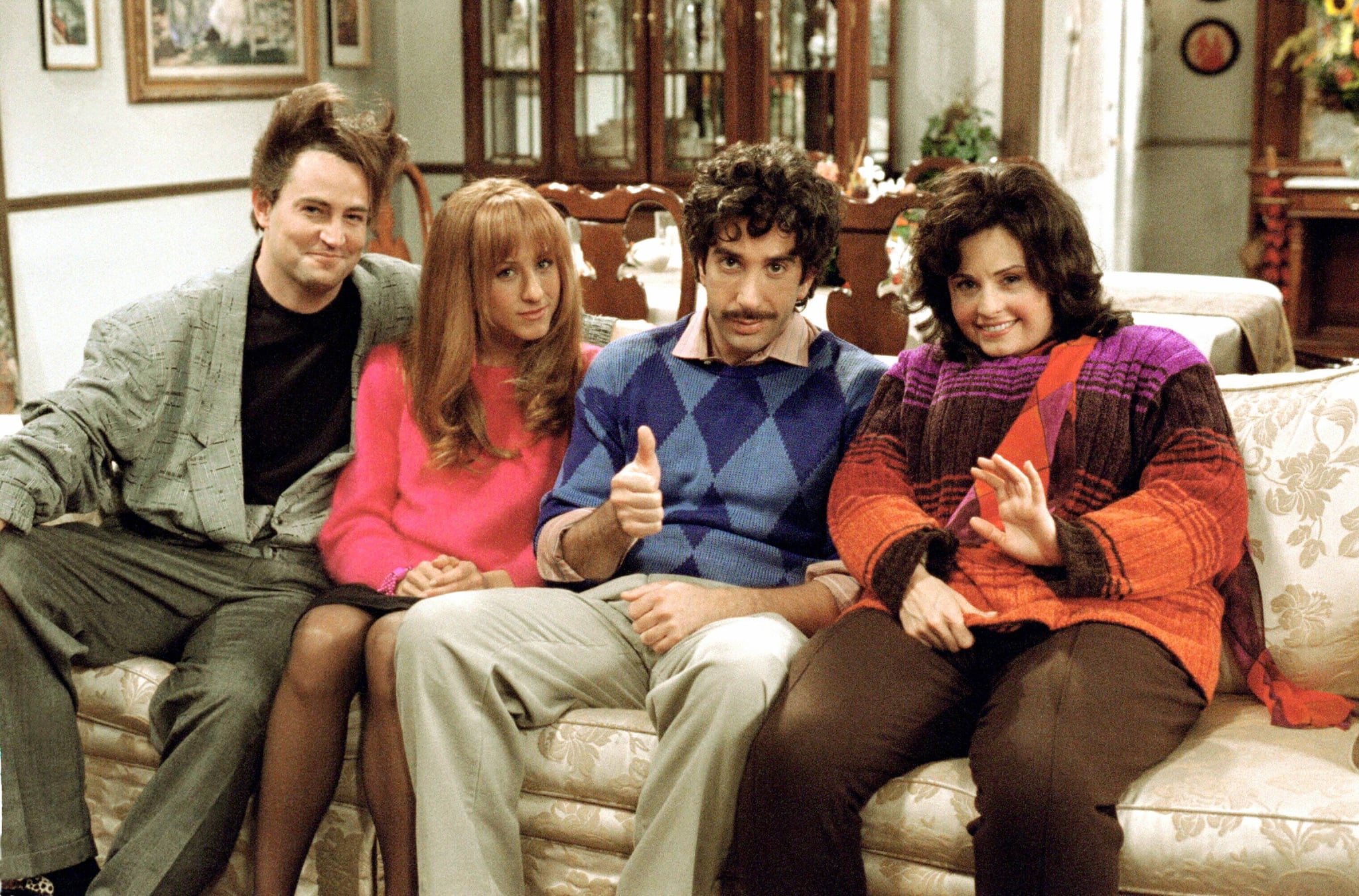 I didn't identify with Fat Monica growing up and I still don't now. Before, it was because I didn't want to believe I was as large as Fat Monica and hoped that my friends would never treat me like garbage because of my size. Now, while I realize that even my view of Fat Monica's size was skewed because of how her character was written, I just don't identify with her because, personality-wise, I'm more of a Rachel. Still, there's a much higher chance people will compare me to Fat Monica than any other character on Friends, because she's one of the few fat characters that straight-size people can easily recall. Is Courteney Cox wearing a fat suit the worst transgression when it comes to the portrayal of fat characters in media? Absolutely not. Fat Monica is only part of the problem when it comes to negative representation.

Sometimes, it's not a character that's the source of the negative representation. More often than not in TV and film, the idea of weight gain or becoming fat is treated as the worst thing that could happen to a person. In Mean Girls, Regina is no longer seen as hot after gaining weight from the Kälteen Bars. Yes, her butt gets bigger, but . . . she's still hot. In the movie Sex and the City, when Samantha arrives for Charlotte's baby shower, all the group can talk about is how much weight she's gained (which, spoiler, is about five pounds). To make matters worse, Samantha can then be seen "eating her feelings" while her supposed best friends talk like her weight gain is the end of the world. Although Carrie says, "This isn't about the weight, you would look gorgeous at any size," her initial reaction says otherwise. Treating weight gain or the idea of becoming fat as a social death sentence makes people think that fat people cannot be happy and exist if they are not on a weight-loss journey.

People think that fat people cannot be happy and exist if they are not on a weight-loss journey.

Think about your favorite fat characters in TV and film. Are they the funny best friend? Is weight or weight loss the central component of their story or character? Do they spend most of their screen time trying to prove they deserve love or friendship despite their size? If your answer to any of these questions is yes, you've discovered the tropes these characters are relegated to whenever Hollywood wants to explore the fat experience. A recent example is Netflix's Insatiable, which sees straight-size star Debby Ryan in a fat suit prior to the character's weight loss as a result of her jaw being wired shut. Once skinny, Patty seeks revenge on those who wronged her, all the while referring to her formerly fat self as a "demon" inside her. 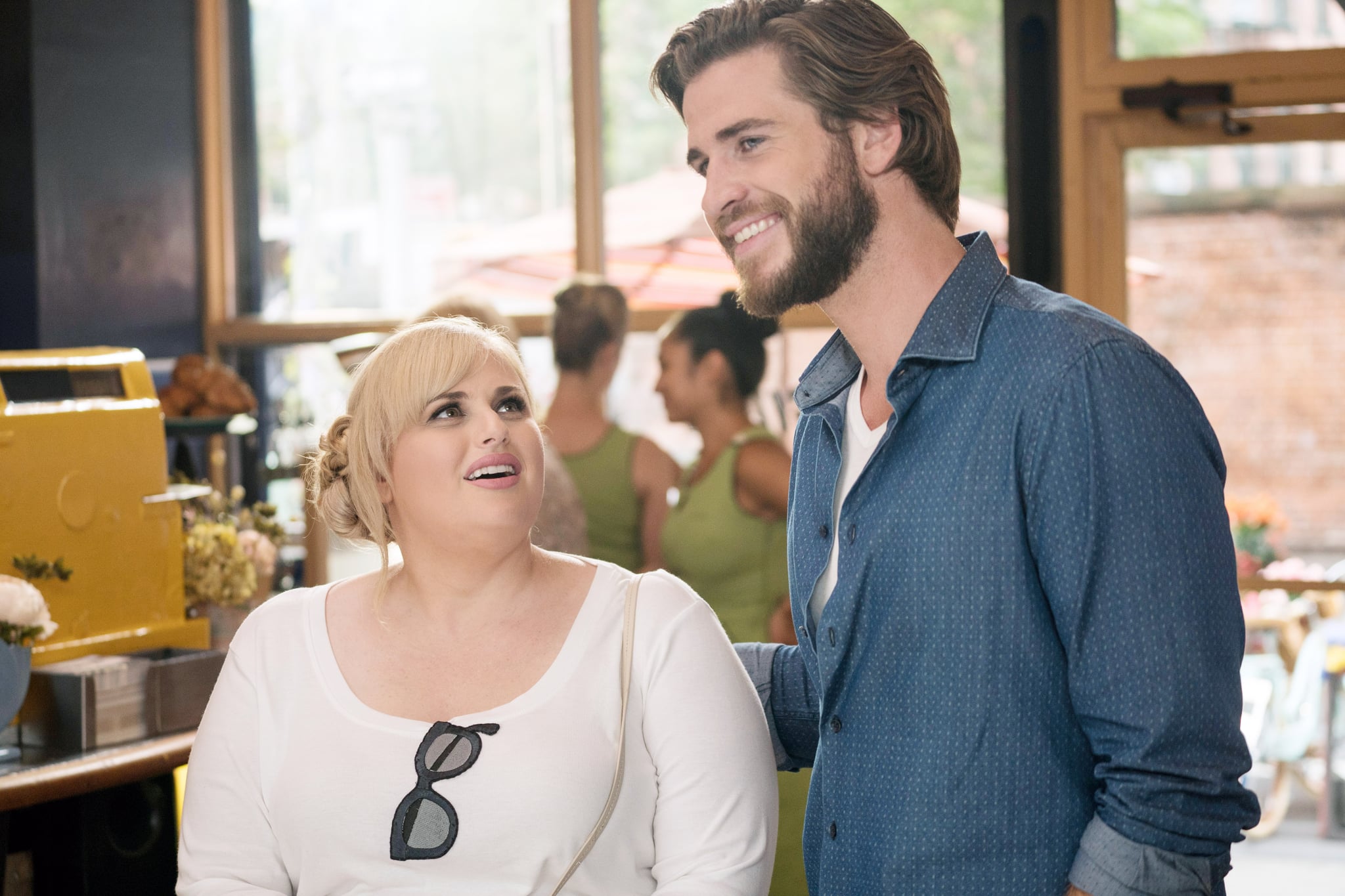 Then there's Rebel Wilson in Pitch Perfect. While yes, I quote the character to this day (she is both ridiculously funny and cool), her name is still Fat Amy. Plus, the outfits her character wears throughout the franchise are a testament to the fashion industry's idea that plus-size bodies should only be seen in layered tops, knee-length skirts, and graphic tees. This isn't the only example featuring Wilson, either. In Isn't It Romantic, Wilson's character, Natalie, grows up dreaming that one day her life can be like a rom-com. It isn't until after an incident with a mugger where she hits her head that she ascends into a stereotypical rom-com reality. Is it really that far-fetched for someone like Liam Hemsworth to fall for the attractive Wilson? I don't think so, but according to the entertainment industry, the only way I'll be able to find love is if I lose weight or get a life-altering head injury.

Thankfully for me, there have been glimpses of positive representation over the years. Queen Latifah's Khadijah James on Living Single and Brooke Elliott's Dana Sue on Sweet Magnolias continue to be personal inspirations. The characters are unabashedly themselves, looking fabulous and falling in love in the process, without their weight being the main topic of conversation. That's not to say weight has to be a taboo subject; it's only when weight is a character's only identifying factor that it becomes a problem. After all, not every fat person's experience is the same. While some may be on a weight-loss journey, others are not and aren't looking for an outsider's opinion. One example of positive representation where weight has been part of the story is Hulu's Shrill. 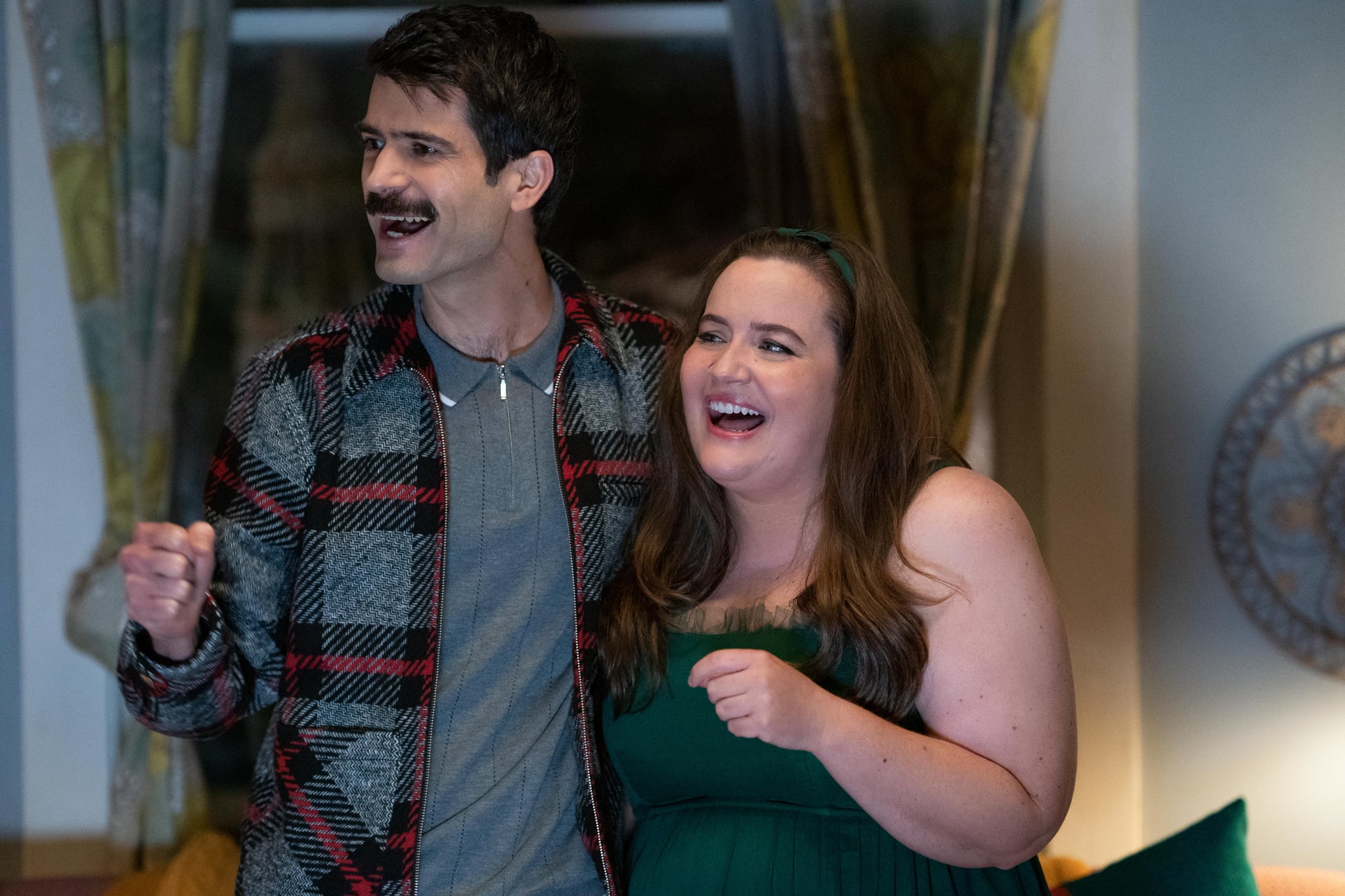 Watching Aidy Bryant as Annie Easton on Shrill was the first time I had ever felt seen as a fat woman by a TV show. Seeing her become comfortable with who she is and where she stands with her body started me on my own journey of self-acceptance. I realized that I don't have to lose weight to have worth, and her breaking up with Ryan (Luka Jones) showed me that I don't have to settle. I found myself sobbing as Annie confronted Nick (Anthony Oberbeck) about how he'd not only led her on, but tried to gaslight her into believing the romantic interest was one-sided. I can't count how many times I've cried to my friends how "he said no" after emotionally investing myself in a guy who is ashamed to be seen with me in public because I am fat. My size isn't an obstacle to what I want to do in life, and I should only surround myself with those who feel the same.

My size isn't an obstacle to what I want to do in life, and I should only surround myself with those who feel the same.

We've come a long way since Fat Bastard in the Austin Powers series and whatever the hell was going on in Shallow Hal. It's also nice to know that people will readily call out the use of fat suits over hiring a plus-size actor. However, Hollywood still has a ways to go when it comes to showcasing a diverse range of plus-size bodies. Not everyone is white, not everyone is an hourglass, and not everyone is a size 14 or 16. The sooner the entertainment industry realizes this, the better. Everyone deserves to be represented on screen, not just those who adhere to society's beauty standards of what is and isn't an acceptable version of fat.