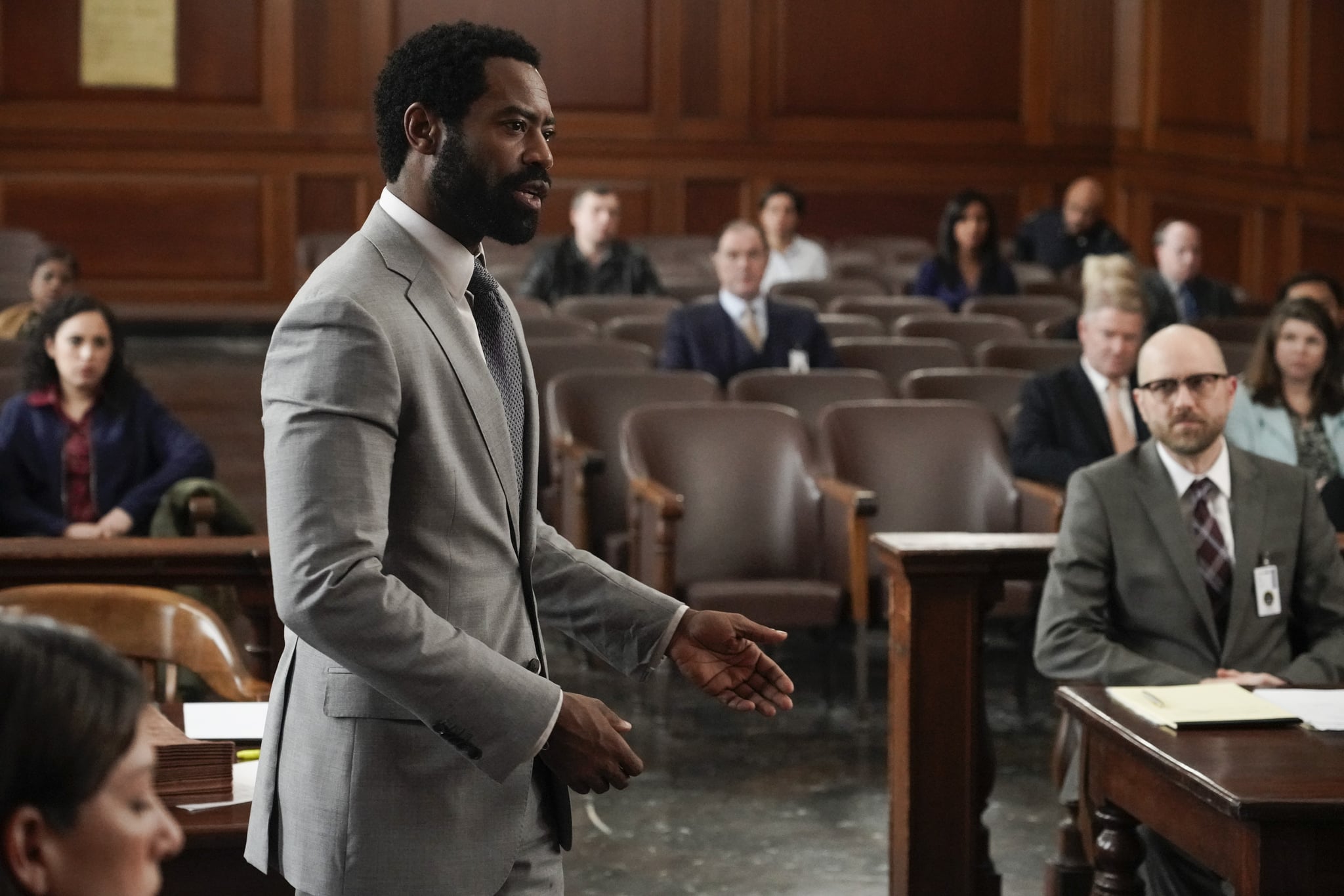 In the 50 Cent-produced drama series For Life, ABC draws inspiration from the extraordinary true story of Isaac Wright Jr., a man who was wrongfully accused of being a drug kingpin and taught himself law in prison to overturn his life sentence. The new show won't be an exact retelling of Wright's past, but it'll adapt the contours of his experience. It follows a man named Aaron Wallace (Nicholas Pinnock) who fights cases for his fellow inmates while working to overturn his own conviction. Now a bar-certified lawyer and one of the series's executive producers, Wright by no means had a straightforward journey. Here are all the twists and turns that he encountered while on the path to clearing his name and building a law career.

In 1991, Wright was charged with running one of New Jersey's largest narcotics distribution networks, unsuccessfully representing himself in his first trial. He received a life sentence, ineligible for parole until he served at least 30 years.

His interest in law grew during his incarceration in a maximum-security New Jersey prison. Wright taught himself law while in jail, deciding to take matters into his own hands. Word got around, and with time, he became a proxy-lawyer who penned briefs and motions to overturn the convictions of over 20 fellow inmates.

Wright Exonerated Himself by Revealing a Cover-Up

In 1996, the day came when Wright represented himself in court once more. During one of Wright's cross-examinations, Detective James Dugan confessed to framing Wright in a cover-up plan organized by Somerset County Prosecutor Nicholas W. Bissell, who orchestrated false witness testimonies and police reports.

Dugan eventually pleaded guilty to official misconduct. Wright's trial judge was also removed and put in prison for theft charges. Bissell had already been indicted for charges of mail fraud, tax evasion, and abuse of power. Kept under surveillance with an electronic bracelet, he made an escape after Dugan's confession. He died by suicide shortly afterward when federal authorities tracked him down in Vegas. Wright, 34, was released on a bail of $250,000, an amount his friends and supporters raised. Soon after, he became the first person in American history to exonerate himself from a life sentence.

Wright Faced Discrimination Even After Passing the Bar

Even after release, things weren't immediately easy for Wright. After being incarcerated for over seven years, Wright went to college and eventually graduated from St. Thomas University's School of Law in 2007. While he passed the bar in 2008, the New Jersey Bar's Committee on Character investigated him for nine years. Finally, in Sept. 2017, the New Jersey State Supreme Court admitted him to the bar. Shortly after, he was hired by the firm Hunt, Hamlin, & Ridley in Newark and signed the deal to create a series about his life.