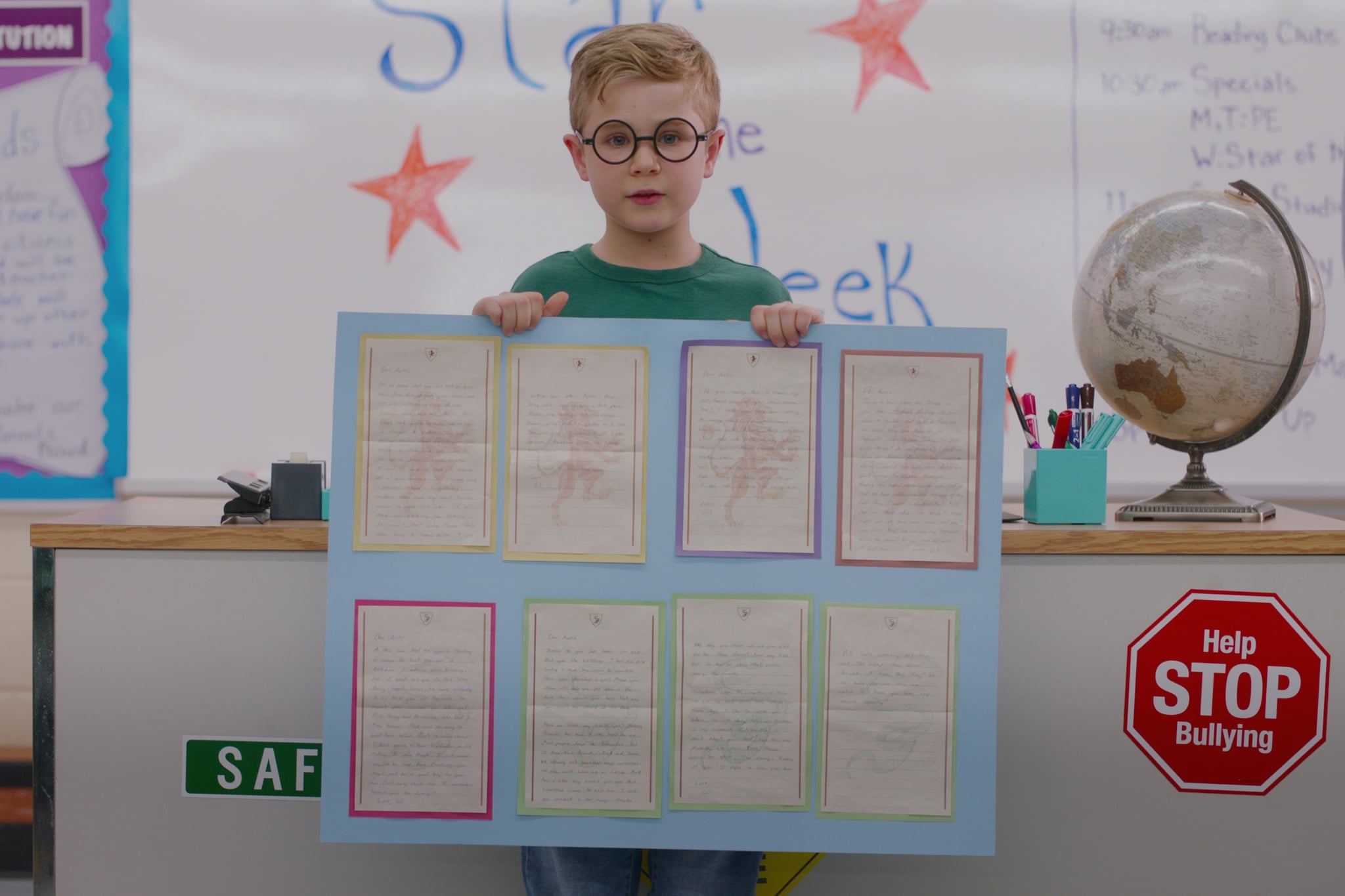 Netflix's new salacious dramedy Ginny & Georgia left viewers craving more with a jaw-dropping cliffhanger. The show, which is reminiscent of Gilmore Girls meets Teenage Bounty Hunters, tracks the escapades of Georgia Miller and her kids, Ginny and Austin, who have no idea their mother is a criminal in disguise.

The story begins unraveling upon the mysterious death of Ginny's husband, Kenny, after which Georgia packs up her kids and moves to Wellsbury, MA. Turns out, Kenny is but one in a long line of partners whom Georgia has discarded over the years — both metaphorically and literally. First was Ginny's father, Zion, whom Georgia met when they were both teenagers, but she left him when his family got too controlling, and they have since become an on-and-off couple. But what may be one of the bigger mysteries of the first season is the identity of Austin's dad.

We haven't met Austin's dad quite yet. According to Austin, "He's a wizard so powerful, he's in Azkaban for dark magic." According to Georgia, however, he is currently in prison for alleged embezzlement, "alleged" being the operative word, given she's not the most reliable source on the show. During a show-and-tell in the beginning of the season, Austin shows his classmates letters that he received from his dad, but we later find out in episode two that Georgia's been writing and mailing letters to Austin from a certain "Gil Timmins."

Georgia also applies for various credit cards using Austin's name, but when those cards are later discovered by her boss, Mayor Paul Randolph, Georgia blames it on Gil, accusing him of misusing Austin's social security number for personal gain. "He stole from his 9-year-old son. What kind of monster does that?" she tearfully asks in front of Paul and the HR representative at his office.

Georgia manages to hold Paul's questions at bay, but by the end of the show, Austin discovers that the letters he wrote to his dad were never delivered, and that much to his dismay, Gil is not a wizard. This revelation creates a rift between mother and son, which opens the door for a bigger investigation into Gil and his whereabouts. In fact, when Austin shows Ginny the unsent letters, she mails them all in defiance, sending Georgia into a frenzy because their home address is on those letters.

Season one leaves viewers with more questions that can hopefully be answered with a second season, one of them being about the mysterious Gil. In episode six, Ginny's voice-over says, "My mom deals with her problems by ignoring them, bundling them up in a neat little box, and packing it away, leaving the past in the past." But with a private investigator digging up Georgia's long-kept secrets one by one and those letters in transit somewhere in the world, it's safe to presume that if Gil is out there, he's not going to be in the dark for long.