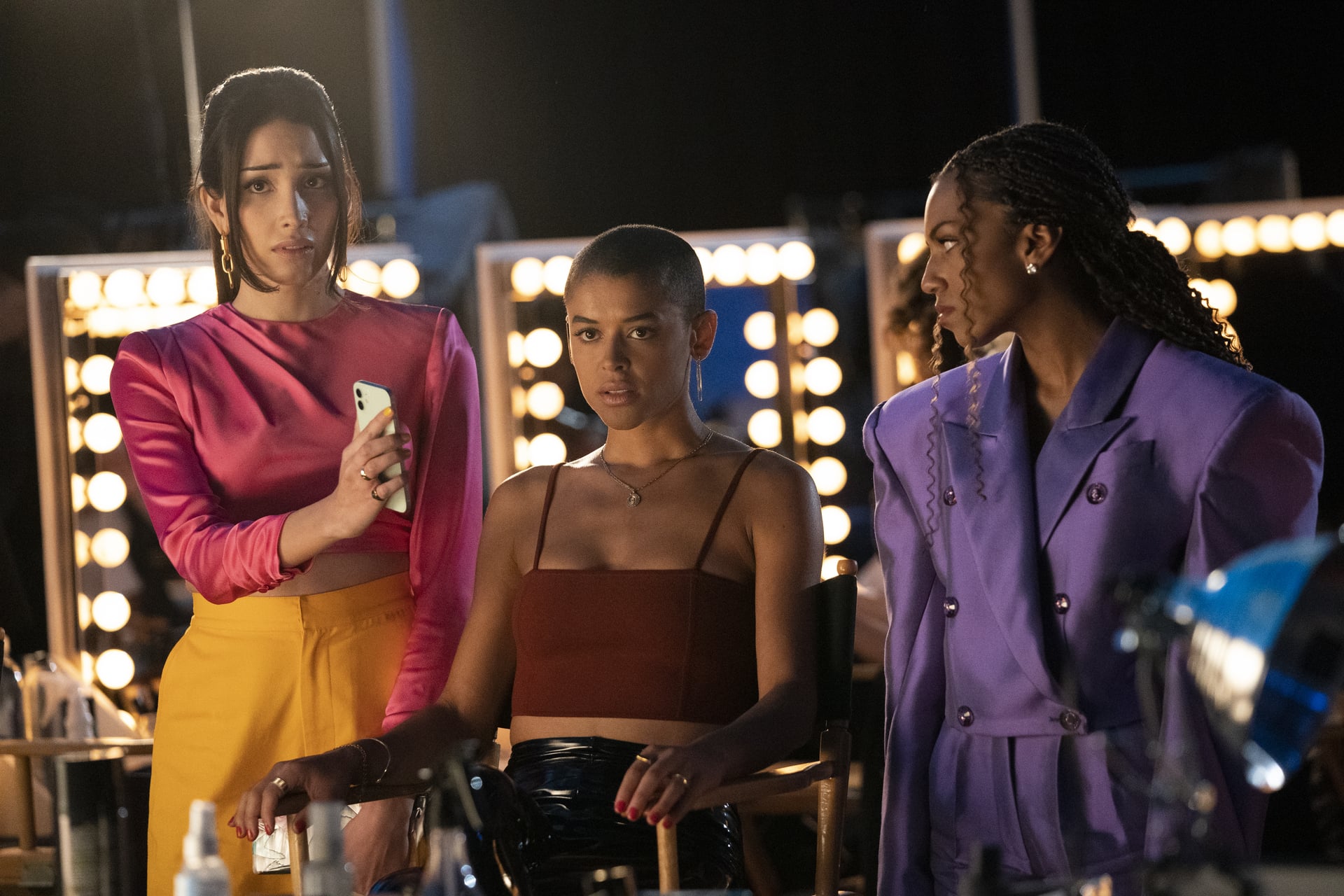 HBO Max's Gossip Girl reboot is setting itself apart from the original in new and exciting ways. While it took us six whole seasons to learn that Dan Humphrey was the gossip blogger all along, the new series doesn't wait that long before letting us in on the secret. That's right: the identity — or should we say identities — of Gossip Girl is revealed in the very first episode. In a major twist, instead of it being one of the students, it's actually the teachers at Constance Billard, which is now a girls and boys school.

After a run-in with the mean girls at Constance on the front steps, Kate Keller goes to the faculty lounge, where she unloads about how awful the privileged students at the school are. As she notes all the incredible people the school has produced over the years, including Nate Archibald, a fellow teacher and Constance Billard alum gives them a quick history lesson on the infamous Gossip Girl site from the original series.

She notes that students like Nate, Blair, and Serena "lived under constant threat" when they were at the school thanks to the gossip blogger. "People like Nate were scared straight," she said, adding that Gossip Girl "kept us all accountable." It doesn't take long for the teachers to be completely immersed in the site, scrolling through past blasts from the original series. One teacher jokes they should try it themselves, and there the entire concept of the reboot is born.

Related:
ICYMI, the Original Gossip Girl Show Went Off Script When It Came to Revealing the Mystery

The group initially try to make Gossip Girl a Twitter account, but when that completely fails, they move it to Instagram. Though they don't have much luck with the social account initially, as most students simply block and report the account, that all changes by the end of the episode. Taking a page from the original Gossip Girl's book, the teachers realize they need to find the next Serena and Blair to keep the drama interesting and eventually set their sights on a rivalry between It girl Julien and her half-sister Zoya, who just transferred to Constance Billard.

Thanks to some scheming from Julien's friends Luna and Monet, the sisters have a fiery confrontation at a fashion show. Though the teachers don't attend the event in person, they are able to report on it thanks to a tip and photo from Monet. With that one photo, they officially cement themselves as the worthy successor of Dan. As the teachers watch the tips pour in through Gossip Girl's DMs, Kristen Bell's voiceover perfectly states, "It may take some time, it may hurt a little bit, but I know you'll love me."

When POPSUGAR talked with the cast ahead of the reboot, Jordan Alexander, who plays Julien, said the Gossip Girl twist is really exciting because it "lets the audience be in on a secret." "They're like coconspirators with Gossip Girl against all of [the characters]," the actress added. Savannah Smith also noted that the twist "just makes sense" for the reboot. "It's what was necessary for the show being set in 2021 and being centered around social media, and it really lends itself to be authentic." Since part of the fun of the original was guessing Gossip Girl's identity, it will certainly be interesting to see how the reboot lives up to the drama this time around with the secret being out (at least for viewers). And you never know, someone could end up stealing the GG account, just like they did in the original.

TV
Who's Dating Who on Euphoria? A Breakdown of Every Messy Relationship
by Mary Everett 5 hours ago