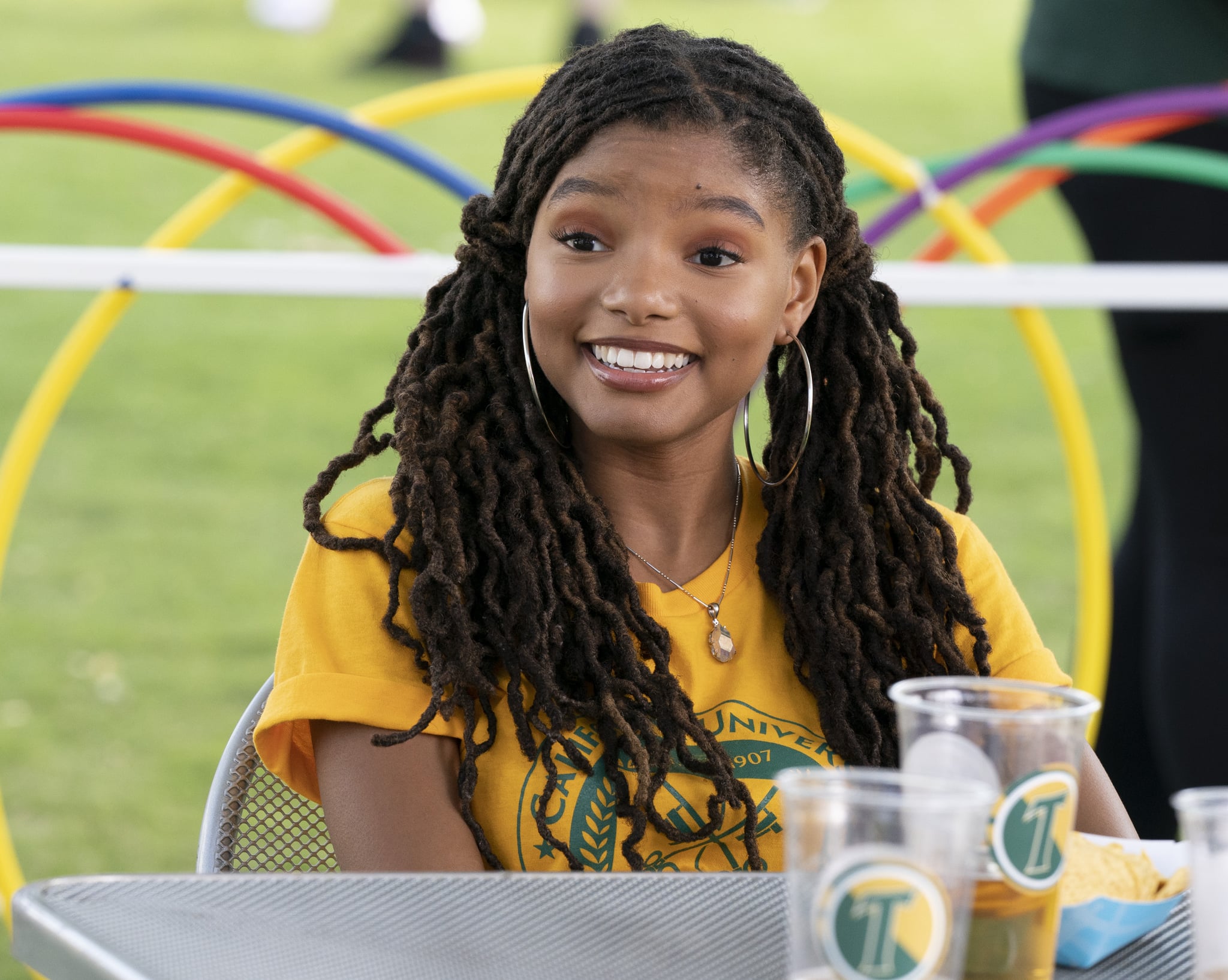 Grown-ish returned for a drama-filled season four premiere on July 8, and this season is already shaping up to be one of its best. While we're excited to be reunited with our favorite characters — including Zoey and Aaron, who are taking the next step in their relationship — there is one key character missing from the group: Sky Forster, played by Halle Bailey. Unfortunately, it seems like her character will continue to be absent the rest of the season.

In season three, we see twin sisters Sky and Jazz, played by Chloe Bailey, go their own ways after Sky gets a spot on the Olympic team and Jazz doesn't. As season four progresses, it seems like Sky will continue to do her own thing off screen. She was also notably absent from the season four trailer, which was released at the end of June. Just as Jazz and Sky forge their own paths on screen, Chloe and Halle seem to be mirroring their characters in real life.

The sisters, known collectively as Chloe x Halle, recently created separate social media profiles as they embark on their own solo careers. While Chloe has been teasing new music, Halle is set to star as Ariel in the live-action adaptation of The Little Mermaid. Her Grown-ish character's exit was most likely a result of Disney and Freeform clearing up her schedule for filming on The Little Mermaid, which kicked off in January. The cast have recently been spotted filming scenes in Italy. Seeing that there are already rumblings that this will be the show's final season, it's possible that Halle could reprise her role as Sky in one of the final episodes. And if the show does get a fifth season, it's likely that Sky will return full-time since she should be done filming The Little Mermaid by then. We guess we'll just have to wait and see!