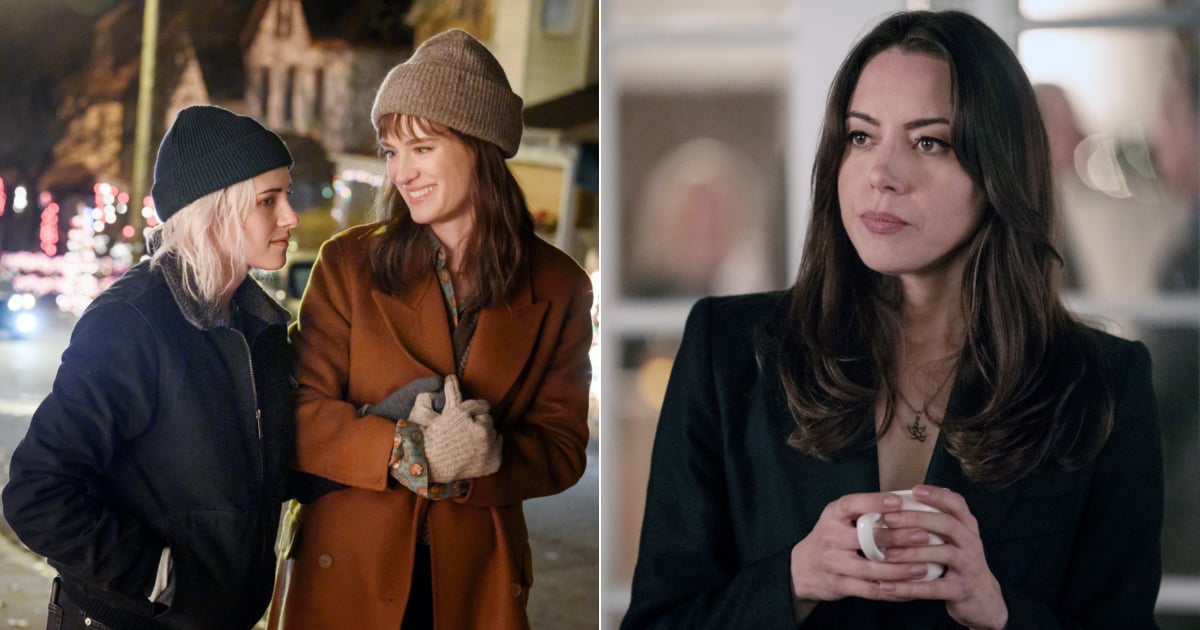 Hulu's new romantic comedy Happiest Season is not only a cute romp that's perfect for starting off the holiday season, but it's also one of the few in its genre to focus on LGBTQ+ characters. Aside from being a step in the right direction for representation, the film definitely hits all the right romantic comedy beats: it's got a fun, festive vibe and features a supporting cast that includes the typically wonderful Dan Levy. But if you ask me, it ends with the wrong couple getting together. The central relationship between Abby (Kristen Stewart) and Harper (Mackenzie Davis) seems pretty toxic, and Harper's cute ex Riley (Aubrey Plaza) would have been a much better match for Abby.

Happiest Season follows girlfriends Abby and Harper as they visit Harper's parents' house for Christmas. The catch is that Harper isn't out to her parents yet, so she and Abby have to pretend to be platonic roommates, something Harper doesn't even tell Abby until they're about to arrive. She essentially begs Abby – who was initially planning on using the trip to propose — to get back in the closet, a painful experience for someone hoping to be openly acknowledged by the person they love.

"Small moments like Riley and Abby bonding at a bar or sharing a drink at a Christmas party are sweet, understated, and so much more romantic than any scene between Abby and Harper."

This request might be understandable if Harper was a good partner to Abby throughout the rest of the movie. But instead, she spends the trip completely sidelining Abby's emotions in favor of her own. Harper forces Abby to go to the mall with her horrendously rude sister Sloane (Alison Brie) all by herself, and doesn't even defend Abby when her whole family assumes she's a shoplifter after Sloane's kids play a prank on her. She also constantly ignores Abby in favor of hanging with her high school boyfriend, and then, for some reason, yells at Abby for texting her to make sure she's OK after getting home late. Even though they eventually reconcile, it seems like Abby is way too willing to sacrifice her happiness to make Harper comfortable. That's not exactly the stuff of romantic comedy dreams.

You know who is, though? Riley. Riley can empathize with Abby, because she dated Harper in high school. She had her heart broken when Harper refused to acknowledge their relationship, and then forcibly outed Riley on top of it. Yikes! Small moments like Riley and Abby bonding at a bar or sharing a drink at a Christmas party are sweet, understated, and so much more romantic than any scene between Abby and Harper.

I have to admit that I was hoping for a twist where Abby leaves Harper behind and rides off into the sunset with Riley — and I'm not the only one. I mean, come on, she's a beautiful, charming doctor who would never ask Abby to hide her identity! It definitely would have been an unconventional ending, but Happiest Season could have pulled it off. Let's all just cross our fingers that director Clea DuVall follows up on Abby and Riley's undeniable chemistry in a potential sequel.