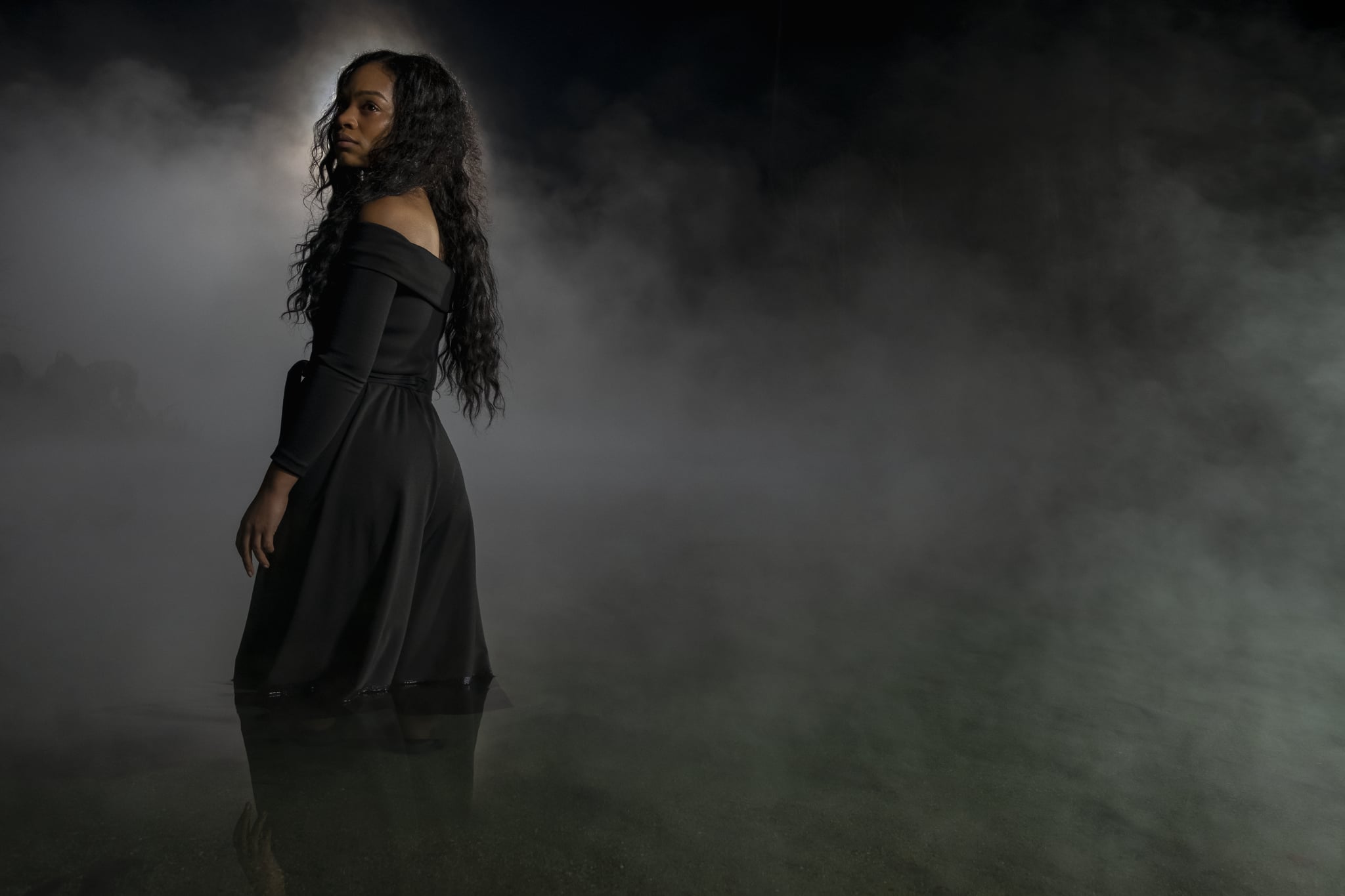 From the get-go, The Haunting of Bly Manor doesn't mince the tragedy of Rebecca Jessel (Tahirah Sharif), the bright nanny preceding Dani Clayton (Victoria Pedretti). Right after Dani's interview, Henry Wingrave (Henry Thomas) tells her that her predecessor died on the grounds by killing herself. The housekeeper, Hannah (T'Nia Miller), later explains to Dani that Miss Jessel waded into Bly's lake about a year ago when her relationship with Peter Quint (Oliver Jackson-Cohen) went awry. But of course, there's more to this ghost story than meets the eye.

Similar to the development in The Turn of the Screw, it's true that Peter Quint is bad news from the beginning and that he and Rebecca have a whirlwind romance. Rebecca enters Bly full of potential and on her way to becoming a barrister. When she meets Peter, Henry's assistant, her life turns upside down. But then, Peter disappears. Everyone assumes he left, because he told Rebecca to pack her bags and go to America with him before his disappearance. Here's the catch: Peter's still at Bly Manor. After the Lady in the Lake kills him, his ghost is anchored to Bly, much to Dani's chagrin.

For a while, Rebecca fails to see Peter. When she finally sees him, she can't touch him — he's a spirit, after all. But Peter soon discovers that he can enter Rebecca, which causes her to be "tucked away" into a memory. Because of the Lady in the Lake's curse, Peter cannot leave Bly Manor's property, not even when he occupies Rebecca's body. Unaware of his ghostly presence, Rebecca's coworkers urge her to move on and get back on track with her life.

Peter, of course, then comes up with a different plan. Without really elaborating, he proposes that she fully invite him in. And so she recites, "It's you, it's me, it's us." Rebecca is then again plopped into another memory, though Peter initially promises that they can be together as equals this time. Possessing her body, Peter walks into the lake. Rebecca returns just as she is about to drown and sees Peter's bloated corpse. She's livid that he left her there all alone to die.

Peter's new plan doesn't come to fruition until Dani rolls along as the new governess. His idea is to get Miles and Flora to permanently invite him and Rebecca into them, promising them that they'd see their parents again. Peter fully inhabits Miles, but Rebecca spares Flora. Ultimately, none of this works due to an act of self-sacrifice — Dani breaks the curse by inviting the Lady in the Lake, aka Viola Lloyd, into herself.