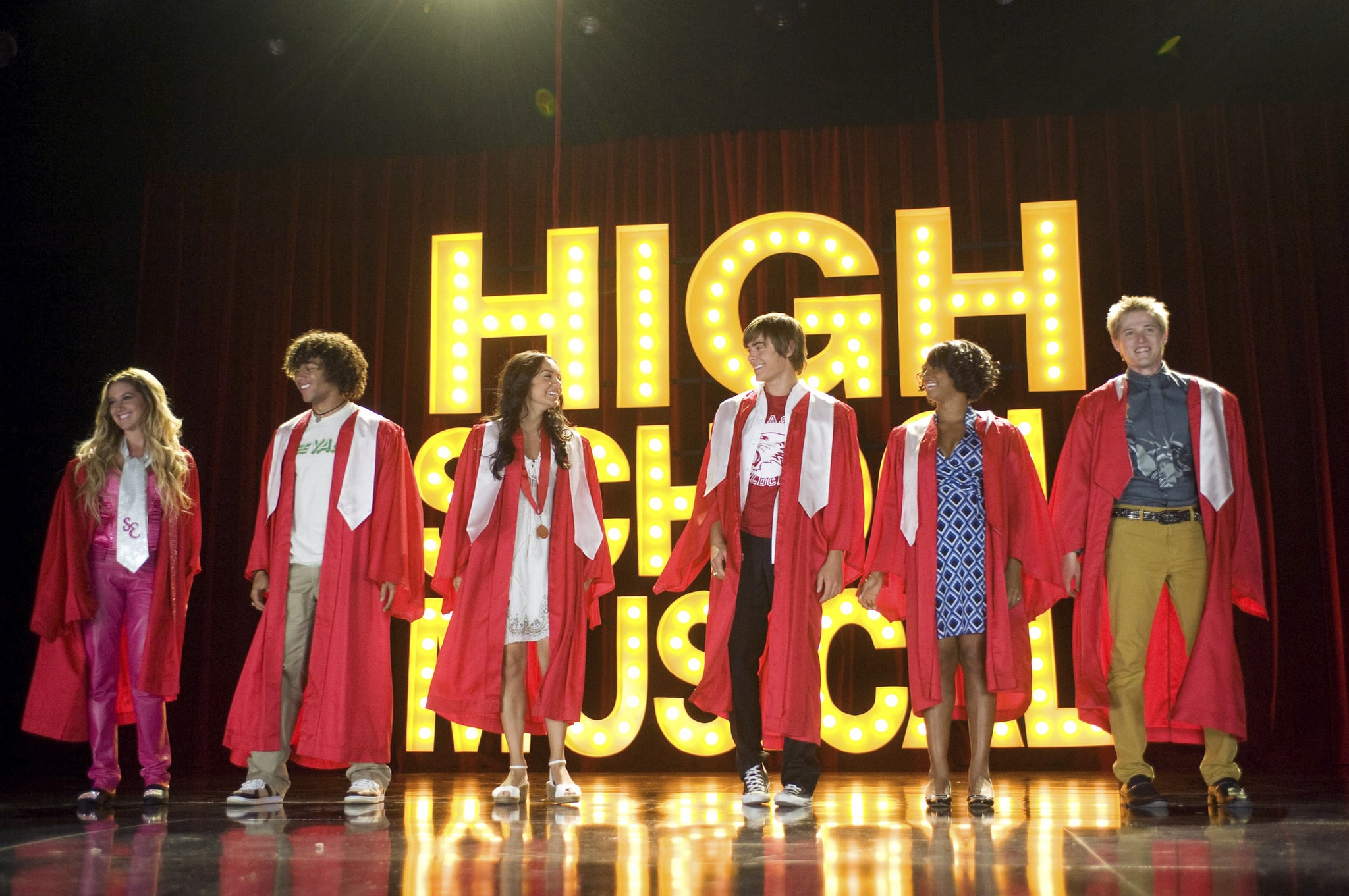 It's been a long while since we've seen the cast of High School Musical altogether — though they're still exciting fans with their virtual antics — and that's all going to change on April 16. The East High Wildcats are reuniting for a special performance during The Disney Family Singalong, a nationwide event featuring artists like Christina Aguilera, Michael Bublé, Kristin Chenoweth, Auliʻi Cravalho, Amber Riley, John Stamos, Ariana Grande, Demi Lovato, Alan Menken, and more taking on their favorite Disney classic tunes from their own homes. The special aims to raise awareness about Feeding America's vast network and resources for people in the country who are finding themselves in unfamiliar circumstances and facing hunger for the first time due to COVID-19.

HSM director Kenny Ortega tapped actors and artists from his various movies and TV series to come together to sing a special rendition of the 2006 musical film's anthem, "We're All in This Together." Vanessa Hudgens, Ashley Tisdale, Corbin Bleu, Monique Coleman and Lucas Grabeel will all participate in one way or another, with Zac Efron joining the broadcast to send a message during the special. (So they won't be together together, but it's the thought that counts!) In an interview with Deadline, Ortega explained that the performance is a recent addition to the sing-along's program, but a fitting one.

"I've been sent videos from doctors, orderlies, nurses and medical professionals in masks and hospital gowns singing 'We're All In This Together' in the hallways of hospitals," he said. The director also mentioned that he's seen countless videos from people all over the world singing the popular song. "I think Ashley [Tisdale] started this whole movement with her home video. I can't imagine that Matthew Gerrard and Robbie Nevil, who wrote this song, had any idea that it would have the legs and perhaps mean more now than when we first did it."

Participating in the one-hour event special gave him purpose, Ortega said, and he sees the production as "good medicine" for fans during the coronavirus pandemic. "There are young people out there that look up to these people and have for a long time," he said. "To see them in their own living rooms and in their sweatpants hanging out with their families helps everyone realize there's truth behind these words — we're all in this together in various circumstances. We need to feel that company."

The Disney Family Singalong will air on April 16 on ABC!