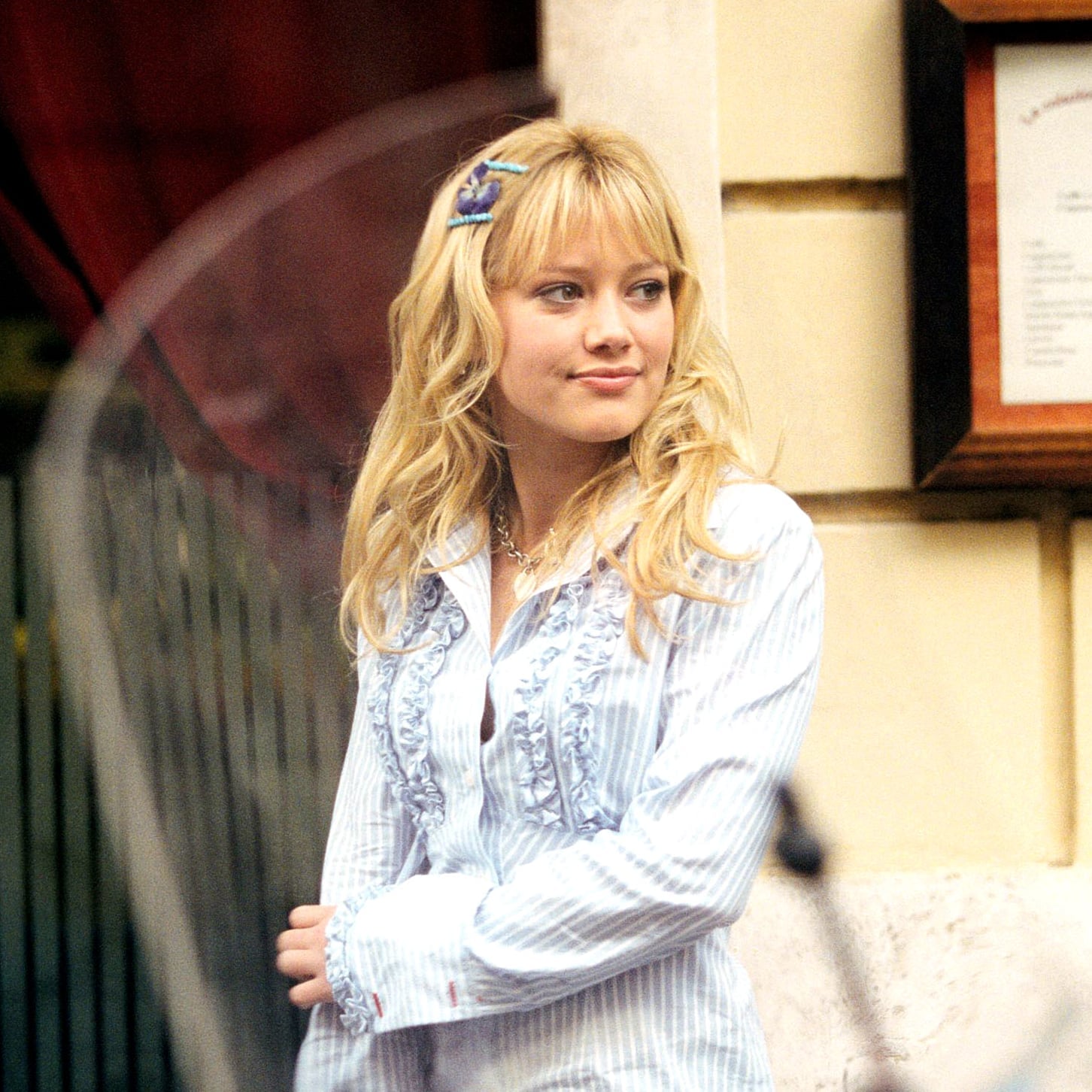 Lizzie McGuire is the first "cool" show I remember watching as a kid. I didn't have an older sister to teach me about fashion or relationships or bras (you know exactly which episode I'm talking about). That's why Lizzie, and by extension Hilary Duff, became an icon to me and so many girls. I looked up to Lizzie as an example of what it means to be a good friend, daughter, sister, and overall person.

Fast forward nearly 20 years later, and I got the chance to chat with Duff as part of her partnership with beverage brand Creative Roots. No, I didn't tell her about my "What Dreams Are Made Of" moment at my bachelorette party or the Isabella costume I almost ordered for Halloween in college. Instead, I asked the question that's on every early '00s kid's mind right now: what's going on with the Disney+ reboot?

"I feel like it's our responsibility to honor the fanbase that grew up with her and where they are now."

Duff is more connected to Lizzie than anyone, and for that reason, she continues to fight for her character after Disney decided to halt production. "I feel like it's our responsibility to honor the fanbase that grew up with her and where they are now," she told POPSUGAR, echoing previous comments she made about giving Lizzie a storyline that's true to a 30-year-old's real life. Although she asked Disney to release the series to another network like Hulu back in February, it sounds like there might still be hope for their partnership.

"Disney has certain things that have to be met for their brand, and I totally understand that, and they totally understand my needs," she explained. "So we're in a really good place of being like, 'Hey, we pressed pause, and we're regrouping.' There's been a lot of like creative meetings, obviously virtually. I think we're on the right path, and I want it to happen more than anyone and they obviously feel the same way."

Duff said Disney is still "really excited" about the reboot and "dedicated to making it work," but everything remains on pause because of the coronavirus pandemic. For now, she's enjoying time at home with her kids — Luca, 8, and Banks, 1. They haven't really shown interest in her Disney roots since she watched The Lizzie McGuire Movie with them last year, but hey, there's always next year?

When Duff isn't chasing her kids around — or learning guitar or tie-dying — she's reconnecting with old castmates. She keeps in touch the most with Jake Thomas, who played her brother Matt, and Holly Hobble, who played her mom, but the real highlight was seeing everyone during their "really fun" Zoom table read in May.

"All of us were just giggling, couldn't stop laughing," she recalled. "And obviously there's the play of a Zoom call so we're all stepping on each other's toes."

"I think all of us feel really appreciative to be a part of something that was so impactful to others," she continued. "And there's a love there that will never go away. So hopefully, we'll get to all experience whatever that new version looks like."

Keke Palmer
Keke Palmer Is Launching Her Own Digital Network: "My Greatest Dream of All"
by Lindsay Kimble 19 hours ago