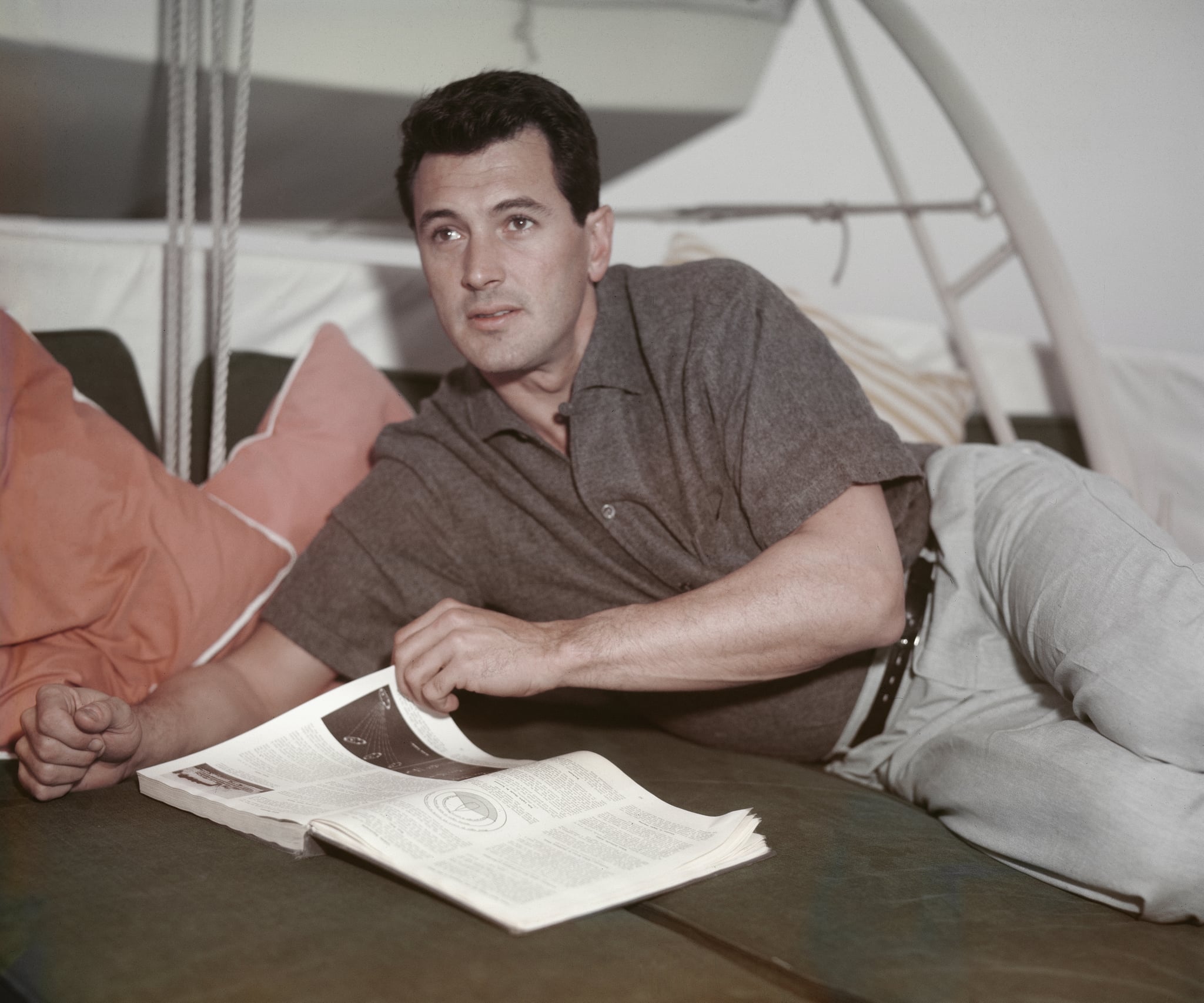 Rock Hudson is a prominent character in Ryan Murphy's latest show, Hollywood, now streaming on Netflix. Though Hudson is a very real actor who led a high-profile life in Hollywood, Murphy's iteration of him and the real man are vastly different. In Hollywood, Hudson shows up in the City of Angels using his real name, Roy Fitzgerald, and looking to become a star. The handsome and very green actor is terrified of his sexuality but ends up accepting that he is gay. This is basically where Murphy deviates from Hudson's real story and into a fictional character.

Hudson, born Roy Scherer before becoming Roy Fitzgerald when his stepdad adopted him, did grow up in Winnetka, IL, then ventured to Hollywood to become a star. After sending his headshots all over town, he met an agent named Henry Willson. Like in Hollywood, Willson took a liking to Hudson because he saw potential, but he knew he needed a better name. He gave him the moniker Rock Hudson to match his rugged good looks.

In the Netflix series, Willson, as well as everyone else around Hudson, finds out pretty quickly that he's gay, especially because he's dating (fictional) screenwriter Archie Coleman. In real life, Hudson kept his sexuality under wraps, never publicly admitting that he was gay. No one truly knows if Willson was aware of Hudson's sexuality.

Hudson's acting career got off to a slow start, thanks to never having any acting training. But he eventually got a contract with Universal Pictures, which not only provided him acting lessons, but put him on the path to stardom. Hudson starred in a number of films in the late 1940s and 1950s, but 1956's Giant catapulted him into the ranks of the stars.

Hudson married Phyllis Gates — Willson's secretary — in 1955. The marriage lasted only three years. Mark Griffin, who wrote All That Heaven Allows: A Biography of Rock Hudson, told NPR in 2018 that there could be any number of reasons Hudson and Gates got married in the first place, but many believed it was a setup by Willson to perpetuate the illusion of Hudson's heterosexuality. "And almost as though [Willson] sent out a casting call, he was looking for the perfect person to be the king of Hollywood's consort," Griffin told NPR. "And so it could be that Henry Willson very shrewdly put together Rock and his secretary, and a lot of people insist this is exactly how it happened. It was an arranged marriage from the get-go."

Hudson continued acting for the next 30 years and lived as a closeted gay man — a complete departure from how he's portrayed in Hollywood. While the Hudson in Hollywood publicly shows up at the Academy Awards on the arm of his screenwriter boyfriend and proceeds to lead an openly gay life, the real Hudson never did anything of the sort. Murphy told the New York Post he wanted to make a show in which real celebrities of old could publicly be themselves. "I wanted to give some people who were dealt a terrible hand by Hollywood a happy ending," he said, which is why he turned Hudson's real story on its head and let him openly gay from the start.

The real Hudson, however, contracted AIDS. In July 1985, he acknowledged his AIDS diagnosis, and though it wasn't an admission of his sexuality, it was assumed at the time that that's what it meant. After his diagnosis, Hudson contacted his previous lovers to tell them to get tested, according to Griffin's book, but did so anonymously. He died in October 1985, still never having publicly said he was gay.