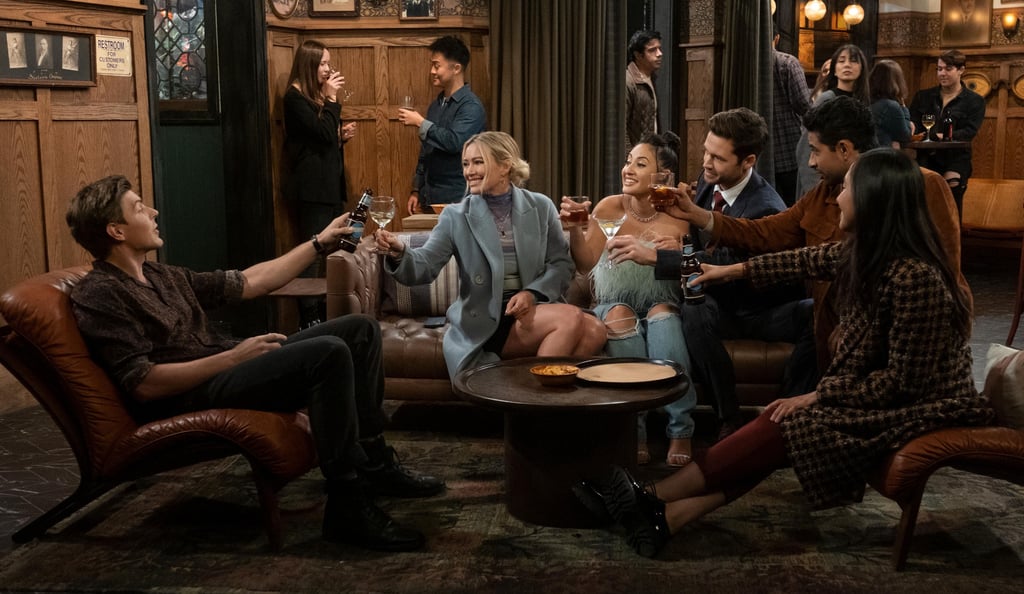 Kids, this is the story of how I spotted "How I Met Your Mother" Easter eggs in its newly released spinoff, "How I Met Your Father." The Hilary Duff-led series is a gender-swapped take on the original popular CBS sitcom that ran for nine years on the network from 2005 to 2014. The 10-episode Hulu series follows a 30-something named Sophie as her older self (played by Kim Cattrall) narrates her turbulent journey to finding her future kid's titular father. Created by Elizabeth Berger and Isaac Aptaker — the pair whose previous writing credits include "This Is Us" — the comedy series has several references that connect this iteration to its predecessor. While "How I Met Your Father" borrows certain lovable elements of the original show, it is still its own show.

With just the first two episodes released, "How I Met Your Father" is brimming with clever nods to the original sitcom. So, take a seat, sit back and relax, and read ahead as we break down these 13 Easter eggs that you might have missed while watching the show for the first time!