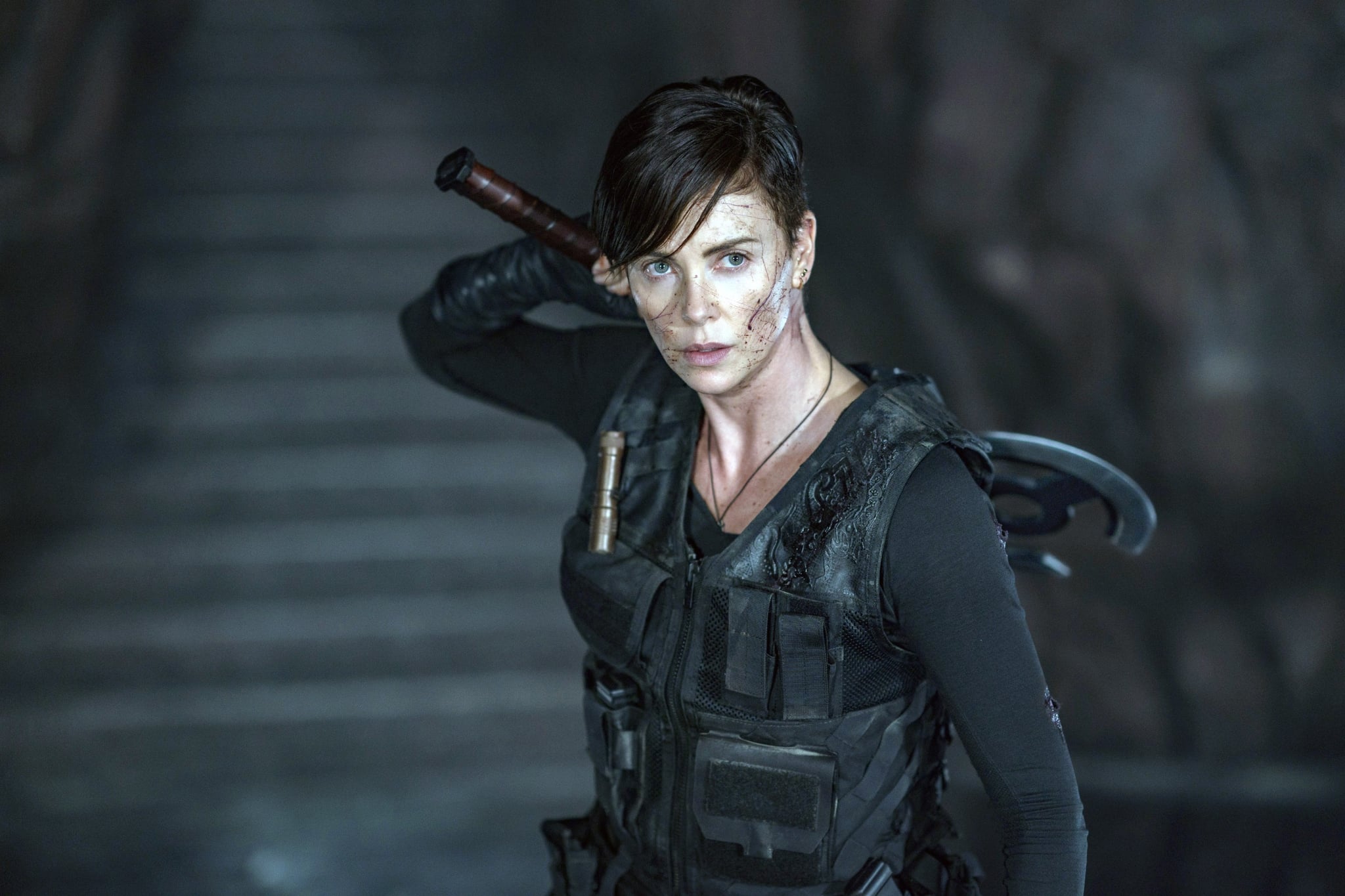 Charlize Theron's Andy is the oldest of the immortals in Netflix's new movie The Old Guard, but just how old is her character supposed to be? Her backstory doesn't seem to point to a specific event that helps pinpoint her age, like her colleagues, but savvy viewers will catch a reference that at least narrows down how old Andy might be.

The key to Andy's age is said near the end of the movie, almost so quickly that you can't notice it: she's referred to as "Andromache of Scythia" in one scene, and the same title appears again in the "bulletin board" credits. That's Andy's "real" name, meaning that she originated from the empire of Scythia — which is really, really old! Scythia was an ancient empire in eastern Europe and central Asia, which is believed to have spanned from around the 11th century BCE to the 2nd century CE. Doing the math, then, would put Andy's age, at the youngest, at somewhere around 1,800 years, and at the oldest, she could be over 3,000 years old!

In the comic books on which the TV show is based, however, Andy is even older: she's specifically said to be 6,732 years old. The name Andromache references two different figures from ancient mythology. In Greek mythology, Andromache was a Trojan princess by marriage, the wife of the Trojan prince Hector who was killed by the hero Achilles. According to the legend, she was taken as a concubine by Achilles's son Neoptolemeus and outlived all of the figures of the Trojan War, which was supposed to have occurred somewhere around the 13th or 12th century BCE. Another Andromache crossed paths with mythological figures: a vase painting dated from around 570 BCE depicts Andromache, queen of the Amazons, doing battle with Heracles (aka Hercules).

Andy's friends have slightly more specific backstories that point to their ages. Joe and Nicky both became immortal at the same time, fighting during the First Crusade, which took place between 1096 and 1099. The comics expand on their backstory (and relationship) in somewhat hilarious fashion: they were on opposite sides of the battle, killed each other, and figured out they were both immortal when they kept killing each other and reviving together each time. Their fourth team member, Booker, became immortal during the Napoleonic wars at the beginning of the 19th century. Like his colleagues, his backstory is further expanded in the comics: he was a French soldier who was killed for desertion during the infamous long Russian winter. And the newest immortal, Nile, is a modern-day soldier, presumably in her late 20s (actress KiKi Layne is 28). Put together, all of this definitely puts Andy as the oldest among the Old Guard, probably by a millennium or more.