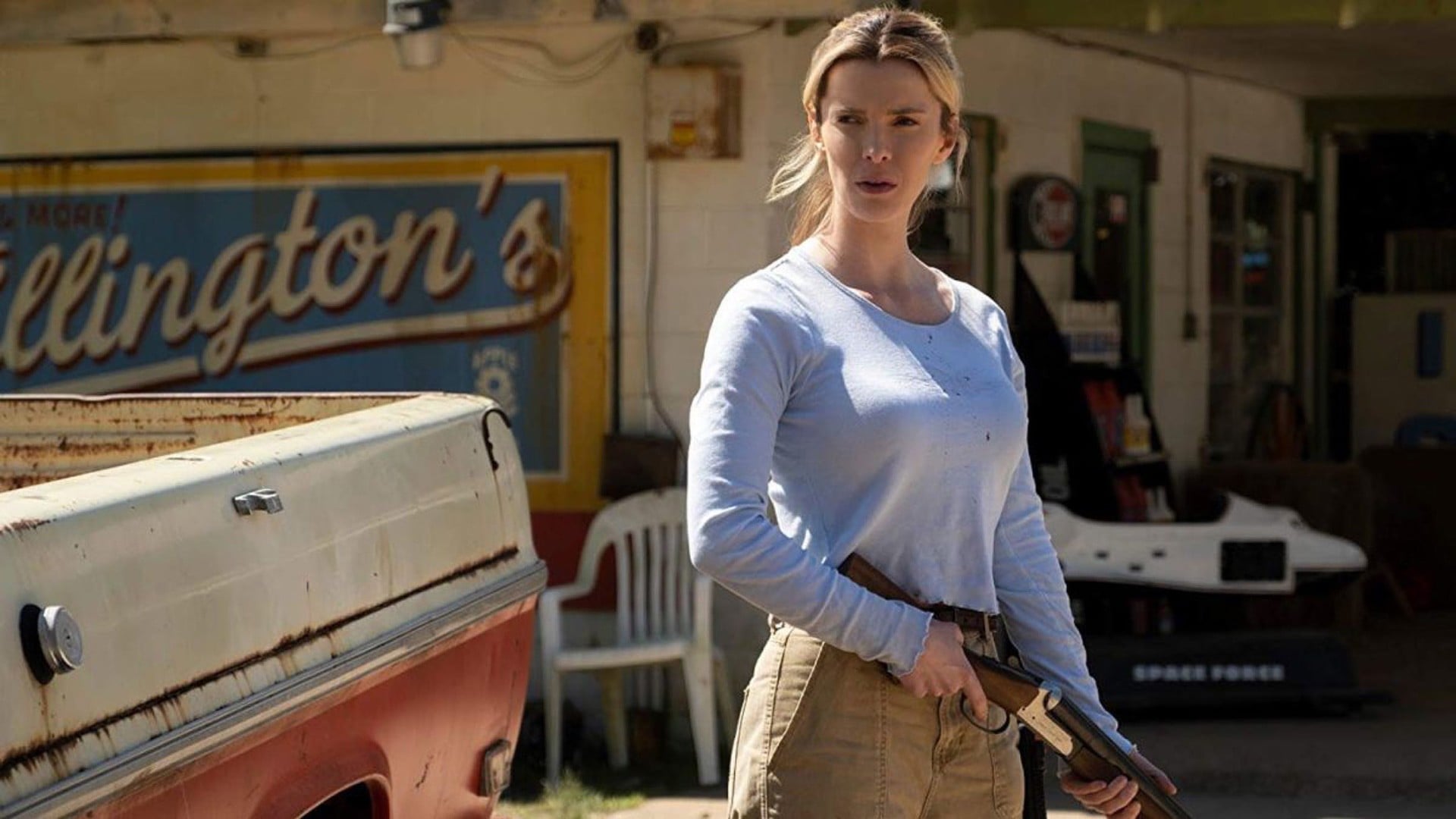 The satirical thriller The Hunt is finally hitting theaters this March after sitting on the shelf for a while, and it's bringing some major controversy with it. The film's premise involves some politically charged phrases and ideas, which caused backlash from pundits . . . and the president of the United States. Before you go see the March 13 release, here's what to know about The Hunt's controversies.

The movie's first trailer made it seem like it was a standard-issue survival horror movie, in which ordinary people, referred to as "deplorables," are being hunted by "elites" participating in an eerie conspiracy. The only problem? The movie is a horror satire, not a straightforward survival thriller. Thanks to the unexpected marketing, however, the movie quickly became a target of ire by right-wing commentators, even earning a couple of nasty tweets from Donald Trump: "Liberal Hollywood is Racist at the highest level . . . The movie coming out is made in order . . . to inflame and cause chaos." In early August 2019, Universal chose to shelve the film indefinitely, where it sat in limbo until now.

"It's a fun, satirical action movie about an internet conspiracy theory," director Craig Zobel explained to Playboy. "The plot is that both sides are dumb. It's not 'Shame on MAGA supporters; we liberal elites want to teach them a lesson.' That was the narrative that truly got created by the rightest of the right-wing media in the wake of the El Paso shooting. Once they needed the message 'It's not guns' fault; it's movies' and video games' and TV's fault,' we were a great foil." Although Zobel refrained from blaming the early marketing for the controversy, he did add, "The advertising certainly didn't help us, because it didn't quite tell the story. People were able to misinterpret things because they didn't have any information other than what was in the trailer, which was not all of the information, for sure."

As tends to happen on the internet, the controversy quickly spread false information as well as simple misinterpretations. One headline-grabbing rumor suggested that the movie originally had the heavy-handed title Red State vs. Blue State, resulting in internet outrage and even threats directed at Zobel.

"That title became one of the reasons it was seen as such an incendiary, bad movie," he told Playboy. "I remember calling [cowriters] Nick [Cuse] and Damon [Lindelof] and asking, 'Was it ever called Red State vs. Blue State?' Nick's like, 'No, that's a terrible name for a movie.' So that was just made up, and then I have people tweeting at me, 'You want to make a movie about red state vs. blue state? We'll show you red state vs. blue state.' "

In the end, Zobel says, the movie is not taking partisan sides, but rather trying to satirize and call out that very same partisan sentiment. Production company Blumhouse has also been behind politically charged satires such as The Purge and Get Out; The Hunt fits right alongside them in that regard. "I wanted to make a fun, action thriller that satirized this moment in our culture — where we jump to assume we know someone's beliefs because of which 'team' we think they're on . . . and then start shouting at them. This rush to judgment is one of the most relevant problems of our time," he told Variety after the film's initial shelving.

With the movie finally getting a release on March 13, audiences will have a chance to see the movie and judge for themselves.