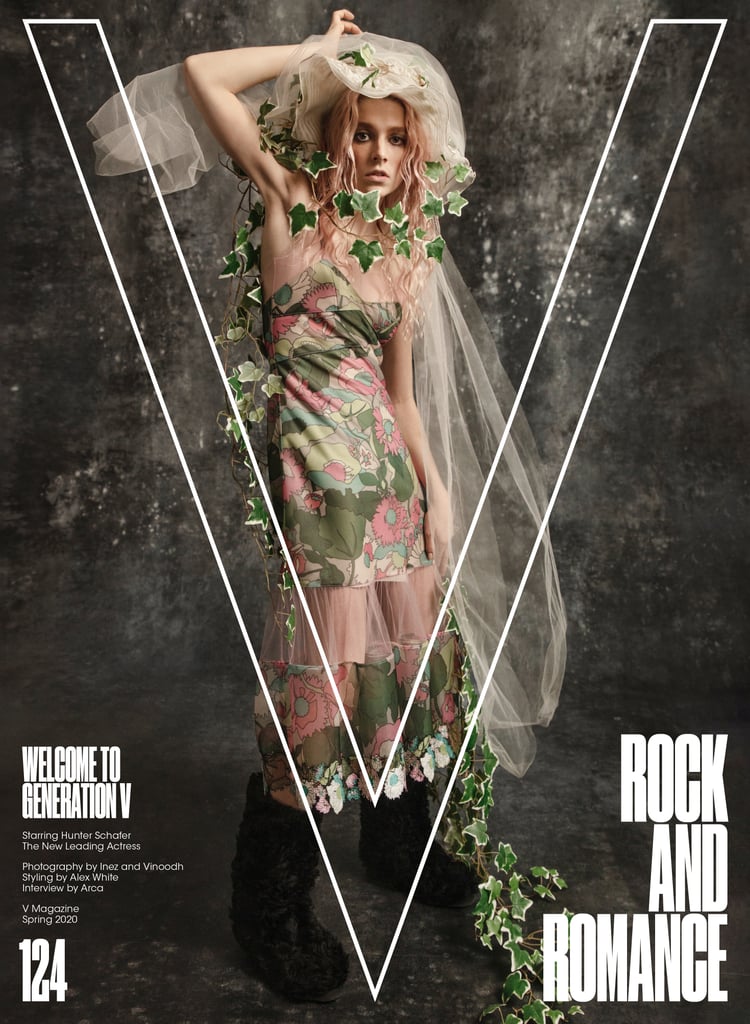 Hunter Schafer delivered one of the most gripping performances in the first season of HBO's Euphoria. The 21-year-old star stepped into the role of transgender teen Jules, who attends a new high school and befriends recovering addict Rue (Zendaya). We could easily write an entire thesis about the drama with a whole section dedicated to Schafer's portrayal, or we could just refer you to her recent interview with V magazine about the series. We'll do the latter.

Speaking to queer music artist Arca, the actor revealed how her personal experience with transitioning and embracing her transgender identity influenced her character. She also gushed over her friendship with Zendaya and shared some of her hopes for Jules when the series returns for a second chapter sometime this year. Scroll ahead to read some of her standout quotes from V magazine's feature!

Related:
11 Times the Cast of Euphoria Made Us Wish We Were Part of Their Friend Group
Previous Next Start Slideshow
Hunter SchaferCelebrity InterviewsEuphoriaCelebrity QuotesMagazine Covers