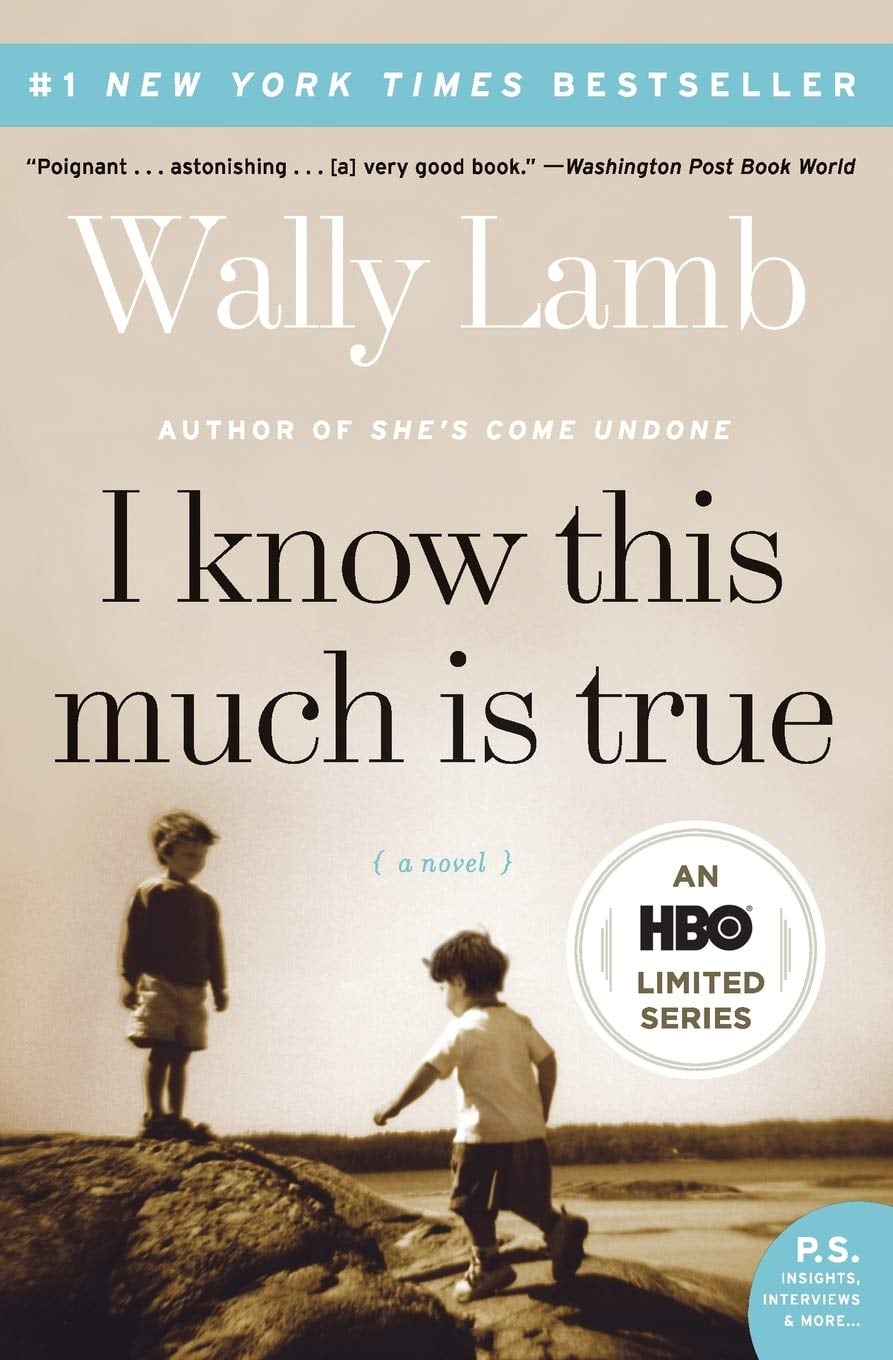 What's the only thing better than Mark Ruffalo? Two Mark Ruffalos. A six-part HBO miniseries, I Know This Much Is True, is premiering on May 10, and in it, Ruffalo plays twin brothers Dominick and Thomas Birdsey. The Place Beyond the Pines' Derek Cianfrance directed the series, and other cast members include Rosie O'Donnell, Kathryn Hahn, Juliette Lewis, Melissa Leo, Archie Panjabi, and Imogen Poots. Another important tidbit: the series is actually based on the bestselling novel of the same name by Wally Lamb. We're not sure how close the series will stick to the source material, but if you're curious and don't have time to read the 900-page tome before the series' debut, here's a quick synopsis to fill you in.

Related:
26 Books Everyone Should Read Before They Become TV Shows

Like several of Lamb's other novels, I Know This Much Is True is set in the fictitious town of Three Rivers, CT, and the story is narrated by former high-school English teacher Dominick Birdsey. In the beginning of the novel, readers are introduced to Dominck's twin brother, Thomas, who, despite having paranoid schizophrenia, leads a relatively normal life and maintains a job at a coffee stand — as long as he takes his medication. However, there are times when Thomas experiences severe episodes, and while visiting the Three Rivers Public Library in 1990, Thomas convinces himself that cutting off his own hand will put an end to the Gulf War. Following the episode, Thomas is sent to the state hospital for observation.

Dominick, who both resents and feels responsible for his "older" brother, fights to get Thomas transferred from the depressing hospital into a better environment. Unfortunately, Dominick already has a lot on his plate. His wife left him after their only child died from sudden infant death syndrome, and in his grief, he left teaching to take on a job as a house painter. On top of that, he's struggling with PTSD, and for both his and his brother's sake, Dominick starts seeing a psychologist from the hospital, who also serves as Thomas's new aid. Through Dominick's therapy sessions, it's revealed that the twins don't know who their father is and suffered extensive abuse at the hands of their stepdad. Before dying from breast cancer, the twins' mother left Dominick with their grandfather's autobiography so that he may learn more about their mysterious past.

Eventually, after Dominick discovers and exposes the sexual abuse taking place at the hospital, Thomas is released, but he soon dies from apparent suicide. Following his death, Dominick learns the identity of their birth father — and he also learns that his mom had shared the truth with Thomas long before, though never with him. He feels further betrayed when he discovers that his live-in girlfriend, Joy, has fathered a baby with another man, from whom she also contracted HIV. (Oh, and that secret lover is also Joy's half-uncle.) Dominick is given a chance to reconcile with his ex-wife, and they eventually decide to remarry and adopt Joy's daughter. In the end, Dominick is able to cope with all the loss and pain he's experienced by starting fresh with his wife and their new child.