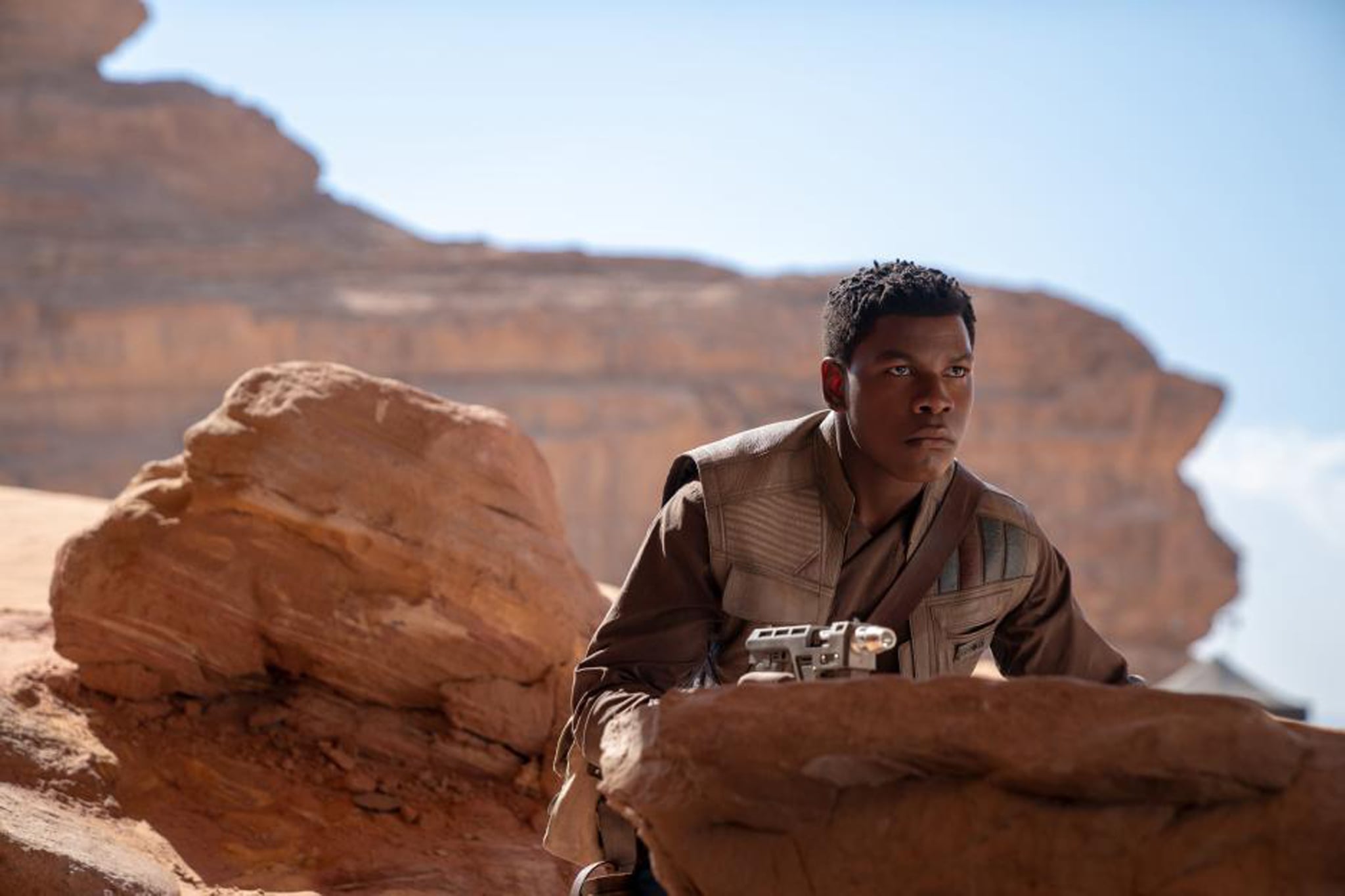 One of the biggest questions to come out of Star Wars: The Rise of Skywalker stems from an aborted discussion between Finn and Rey, two of the sequel trilogy's coleads. Along with Poe, Chewbacca, C3P0, and BB-8, the duo journey to find a hidden relic that will lead them to a "Wayfinder" that acts as a map to Exogol, where Rey's grandfather, Emperor Palpatine, keeps his New Order. The group gets sucked into some quicksand, and Finn starts to tell Rey something as they sink but isn't able to finish his thought before they sink into tunnels hidden below.

Some fans initially believed the former Stormtrooper was confessing his love for the Jedi, since the two have had a close relationship and Finn is often chasing after the younger woman. But both director J.J. Abrams and actor John Boyega shot down the idea and brought up another possibility: that Finn wanted to share his force sensitivity with Rey.

Related:
Star Wars Trio Talks Returning After Rise of Skywalker: "You Ain't Going to Disney Plus Me!"

During a recent Academy screening, two fans revealed that Abrams offered his interpretation of the scene, saying that Finn wanted to tell Rey that he was Force-sensitive. The director said that he left it open-ended so it "could mean different things to different people."

It has come to my attention that I may have not worded my post as accurately as I could've. JJ said it meant to him that he wanted to tell Rey he was force-sensitive, but left it open ended which is even worse. If he's the director and that's how he feels, why not do it https://t.co/bc6ONdSB64

That doesn't explain why Finn would be so shy about saying that in front of Poe, but it could be a case of Finn wanting to confirm his news before he tells the other man. Soon after that, Boyega took to his Twitter page to confirm that he wasn't playing Finn intending to reveal his love for Rey, simply writing, "No... Finn wasn't going to say I love you before sinking!"

No... Finn wasn't going to say I love you before sinking!

Boyega's tweet doesn't reveal what Finn was going to say, so we assume he agrees with Abrams's interpretation. Unless he agrees with the popular fan theory that Finn intended to confess his love for Poe — we will also accept that! Secrets notwithstanding, the notion that Finn is Force-sensitive has arisen throughout the sequel trilogy and is strongly supported by the events in The Rise of Skywalker. Not only is Finn able to sense Rey's imminent danger and (temporary) death, but the fact that he sensed the death of a planet in The Force Awakens and managed to adeptly wield a lightsaber against Kylo Ren points to him having some significant connection to the Force.

We're not sure if Finn's journey will continue after The Rise of Skywalker, but if it does, we certainly hope it'll include some training so he can master his link to the Force. Imagine a former Stormtrooper becoming a Jedi — we would truly love to see it!